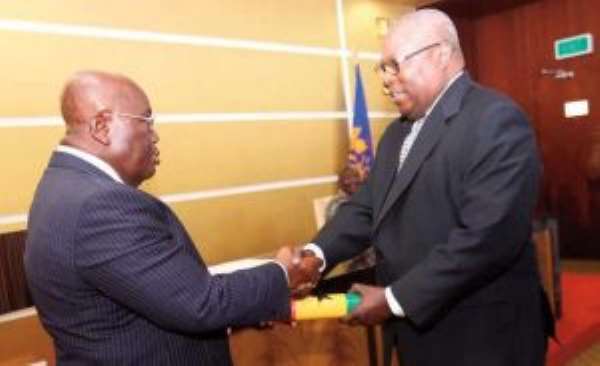 It appears the Special Prosecutor, Martin Amidu decided to go public with his plights after internal structures he used to have his problems resolved failed.

citinewsroom.com has sighted a letter dated September 10, 2018, written by Martin Amidu and addressed to the Chief of Staff, copied to the Attorney General, Finance Minister and the Chairpersons of the Special Prosecutor's Governing Board.

In the letter, Martin Amidu catalogued his concerns including having a “small” and “inadequate office accommodation” for his 13-member staff.

He also complained about lack of subsidiary legislation to regulate the office as well as other logistical and human resources challenges.

Mr. Amidu at a forum last week publicly spoke about his challenges for the first time, seven months after being sworn into office.

He said Ghanaians are expecting more from his office, and yet he lacks the things needed to make his office run efficiently and effectively.

“The office accommodation is woefully inadequate with the Deputy Special Prosecutor, Secretary, Chief Accountant not having room for their respective secretariats. Indeed, every officer currently uses the private secretary to the special prosecutor for the discharge of their official duties. The office is yet to figure out how to accommodate and service the three detectives [assigned to the office of the Special Prosecutor] when they report for duty,” he stated in a letter.

Below is the letter Mr. Amidu wrote complaining about his challenges: 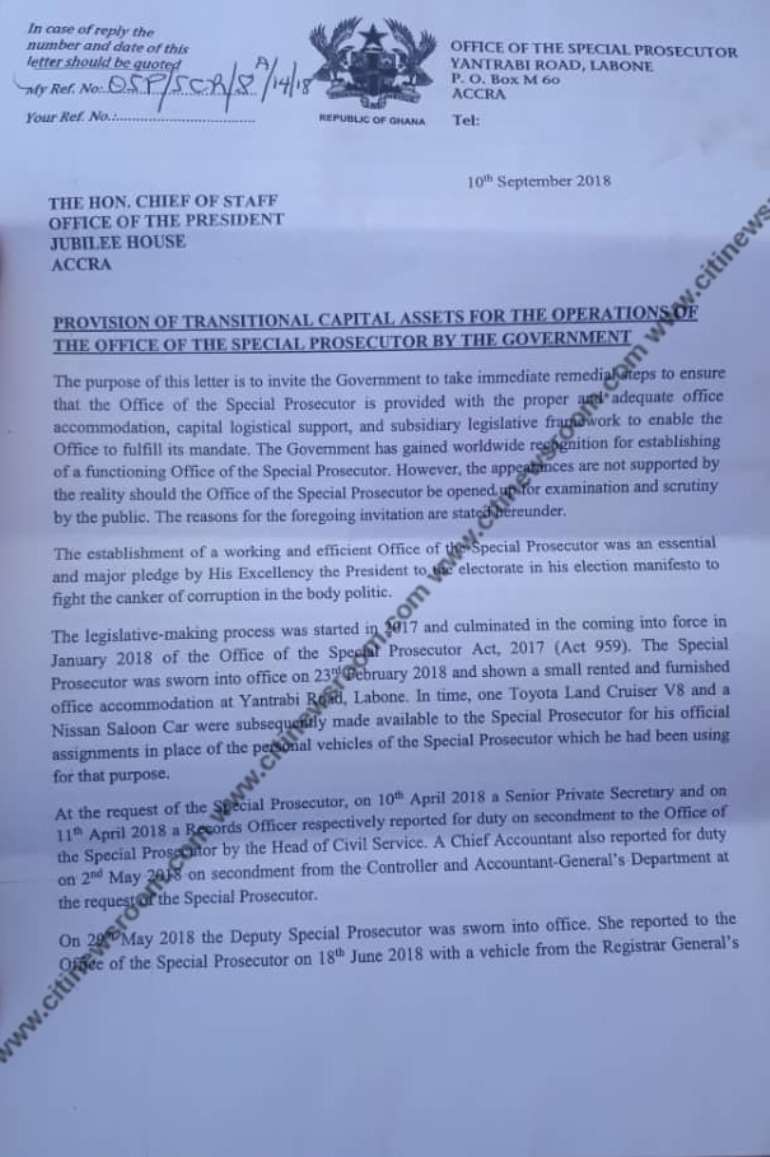 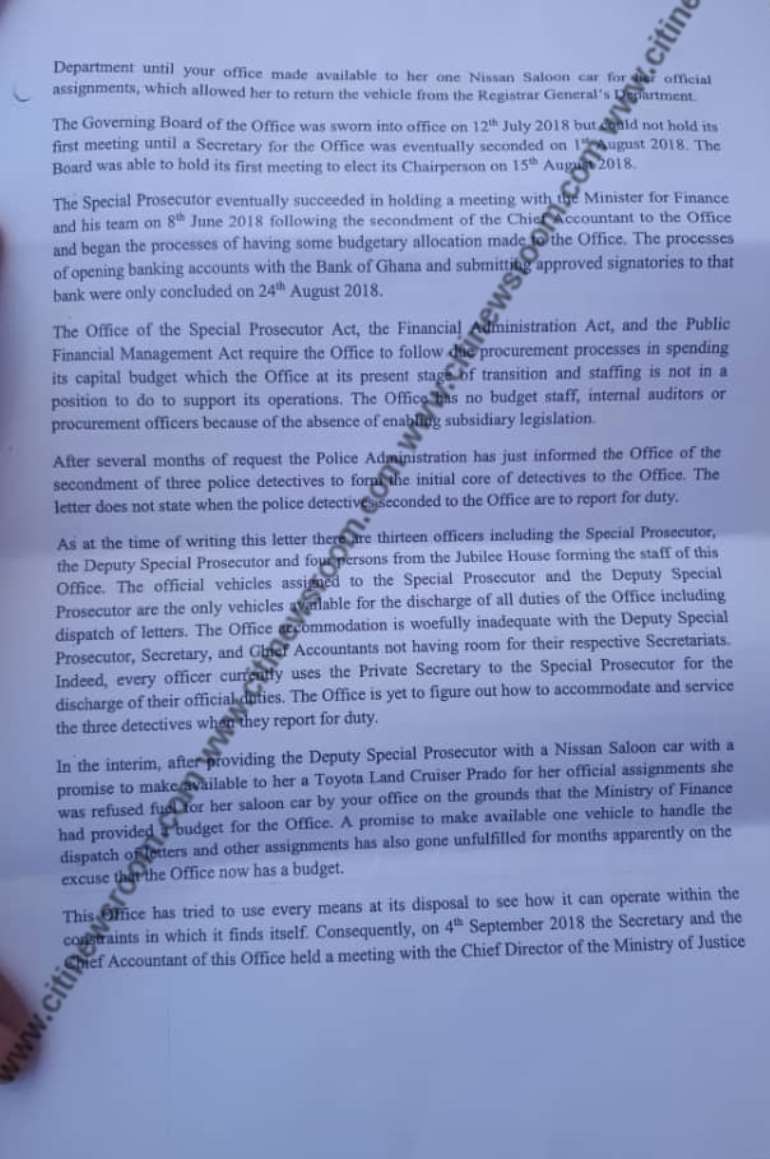 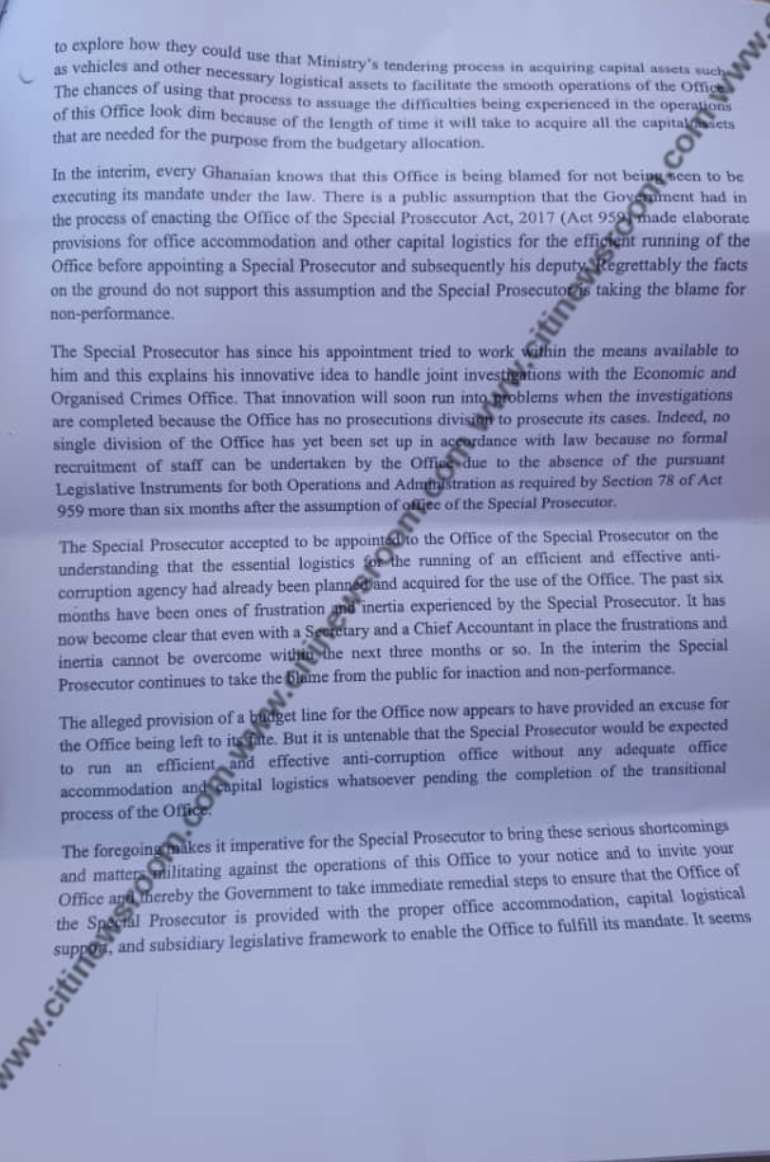 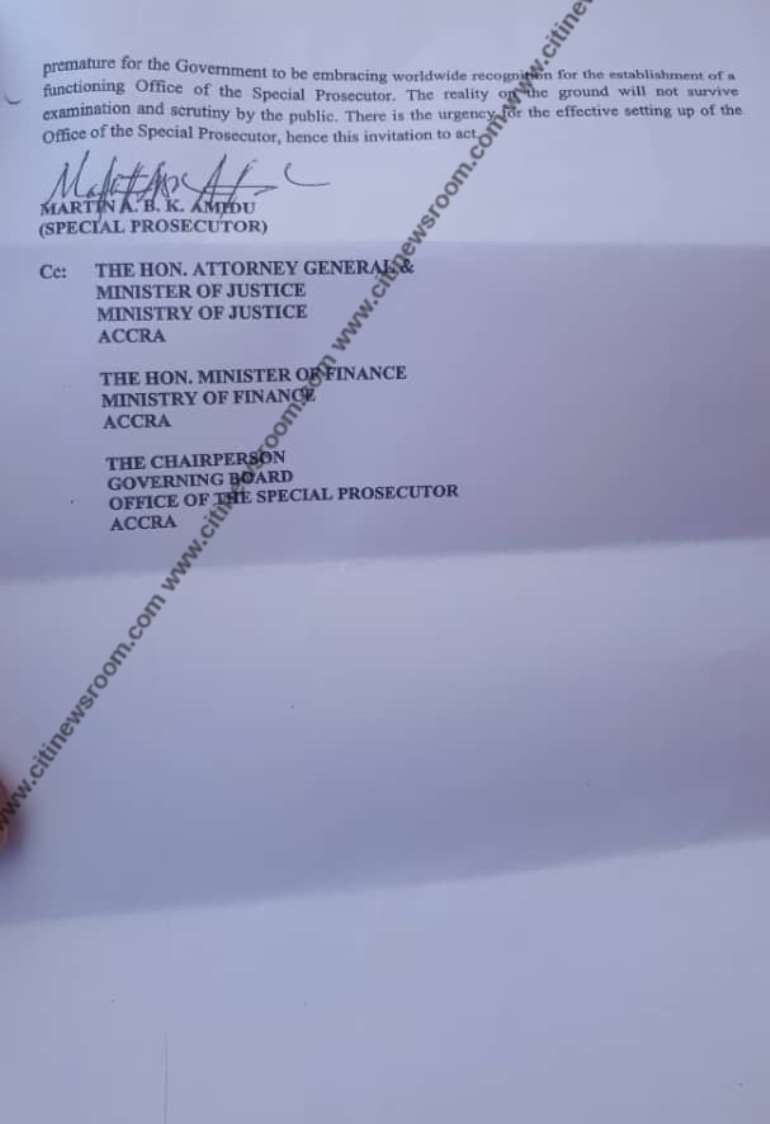