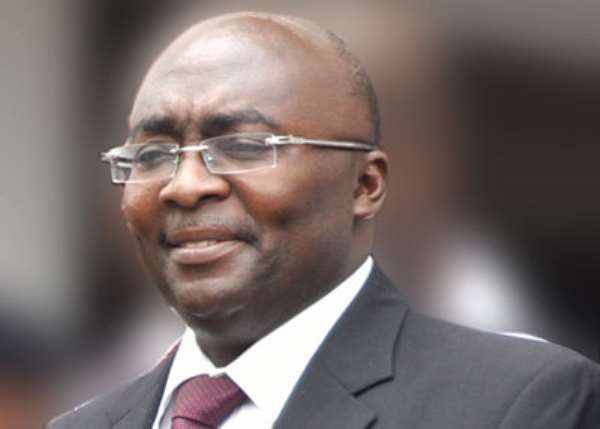 The UK and Ireland Chapter of the NDC has noted with concern the continuous dip in the value of the Ghana cedi against the dollar and how it is severely impacting on Ghanaian businesses. This trend continues to impact negatively on local businesses and industries leading to their collapse.

The NDC sympathises with all Ghanaian businesses particularly importers and exporters who need dollars on a regular basis to do business.

As a goodwill gesture to the new government of Akufo Addo and Dr Bawumia, Abossey Okai spare parts dealers reduced their prices when the NPP won the 2016 elections.

It is, therefore, unbelievable how the Akufo Addo led government is refusing to take urgent steps to bring succour to local businesses threatened by the unfavourable exchange rate. The uncaring attitude of the government is unacceptable and a disincentive to doing business.

With the collapse of local banks; fuel price increases, over 50,000 job losses across different sectors of the economy, industries shedding staff or shutting down completely among others, there is no gainsaying that, the country is currently going through a period of economic malaise under the supervision of the prolific economic messiah of the NPP, Vice President Bawumia who was so eloquent on how to solve our foreign exchange problems during the 2016 campaign.

Ghanaians in the diaspora campaigned for Akufo Addo and the NPP in opposition with the hope that they will honour their promise to reduce port charges and taxes. It was to give Dr Bawumia the opportunity to implement his overly touted superior knowledge and panacea to our economy.

On 2 March 2017, the Finance Minister Ken Ofori Atta announced a reduction in port duties in the Parliament of Ghana. This was greeted with a lot of euphoria both at home by the Ghanaian business community.

Most Ghanaians living abroad who import goods to Ghana these days end up abandoning their goods at the ports to authorities or borrowing to pay the exorbitant duties. Ghanaians abroad who engage in the business of shipping goods to Ghana are unfortunately engulfed in debt and many have folded up already.

The Dr Bawumia led Economic Management Team has failed to get a handle on the economy as they sit and watch the dollar gallop away without any restrain.

We wish to inform Vice President Bawumia that the dollar he allegedly locked up in his 100 days meet the press briefing has broken jail and he needs to request the IGP to re-arrest, lock it up and give the keys to Ghanaians for safe keeping this time around as he and his economic management team cannot be trusted with the keys of the value of the cedi and the economy in general.

Dr Bawumia should stop being disingenuous with his appreciation of statistics and admit that the Cedi has depreciated by 19% in 19 months since the NPP assumed power on 7th January 2017 and not 7% as he is shamelessly lying to Ghanaians.

It is sad that, instead of sympathising with Ghanaian businesses, admit that he was wrong in opposition when he said that the depreciation of the cedi was due to weak economic fundamentals, he has rather chosen the path of continuing to insult the intelligence of Ghanaians through the manipulation of figures and churning out illogical statistics.

We urge the government to move away from doing propaganda with the economy and accept the fact that the life of the ordinary Ghanaian has worsened since NPP assumed office on 7th January 2017.

The government should also take steps to operationalise the Komenda sugar factory built by the previous NDC government to cut down on the importation of sugar. Support local automobile company Kantanka, save the textile industry from being taken over by foreigners, save Ghanaian owned steel factories among others. The government should stop paying lip service to industrialization and implement it's phantom industrialization program which it so much talked about in opposition till now, with nothing to show.

The government should cut down on its frivolous expenditure, cut down the size of its appointees and the burden it puts on the public purse, deal with the corruption scandals which hit the government almost every day and release money to support the cedi as a matter of urgency to save more businesses from collapse.

The government should curb it's addiction of taking business contracts from Ghanaian businesses and giving to foreign companies as this will lead to a further deterioration of the cedi and increase unemployment. This attitude exposes the deception in the commitment of government to industrialization.

A government that cannot protect existing industries cannot be trusted to built new ones.

We encourage businessmen and women to demand immediate government efforts to stabilize the cedi and save their businesses from collapse.

This is our country and we cannot sit down unconcerned as the Akufo Addo led NPP government pulls down every success story of Ghanaian businesses and industry and gradually draw the country into a state of new neo-colonialism.

After all, we are citizens, not spectators.