One dead as Morocco navy fires on migrant boat 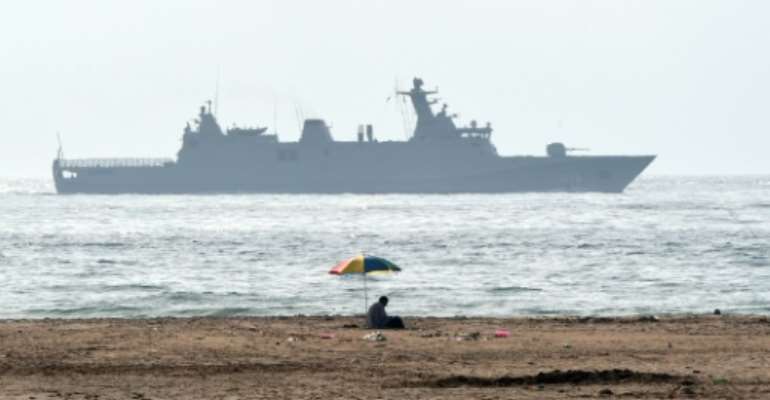 A Moroccan navy patrol, similar to the one pictured August 2015, was "forced" to open fire on a speedboat driven by a Spaniard who "refused to obey" orders in waters off the Moroccan locality of M'diq-Fnideq. By FADEL SENNA (AFP/File)

Morocco's navy on Tuesday fired on a boat carrying migrants that refused to respond to its orders, leaving a young woman dead and three other Moroccans wounded, local officials said.

The patrol was "forced" to open fire on a speedboat driven by a Spaniard who "refused to obey" orders in waters off the Moroccan locality of M'diq-Fnideq, the authorities said in a statement.

Those on board the powerboat were lying down and could not be seen, a local official told AFP.

Four migrants were wounded, including a Moroccan woman who died of her injuries in hospital.

Mohamed Benaissa, head of the Northern Observatory for Human Rights, said the woman killed was 22 years old and the three wounded were also Moroccans, one of whom was left in critical condition with an arm amputated.

A total of 25 people were on the boat, including the people traffickers who were Spanish nationals, he said.

The Spanish driver of the boat was unharmed and later arrested, according to the same source, adding an investigation had been opened.

Morocco -- a key route for sub-Saharan Africans trying to reach Europe via Spain -- said this month it has foiled 54,000 bids so far in 2018 by illegal migrants to cross the Mediterranean to Europe.

The figures included 7,100 Moroccans for the period until the end of August, according to figures released last week by the Moroccan government spokesman.

Since early 2018, Spain has recorded more than 38,000 arrivals by sea and land, according to the International Organization for Migration.

Since the beginning of September, social media networks in Morocco have been inundated with videos showing young people from the North African country heading to Spain aboard inflatable boats.