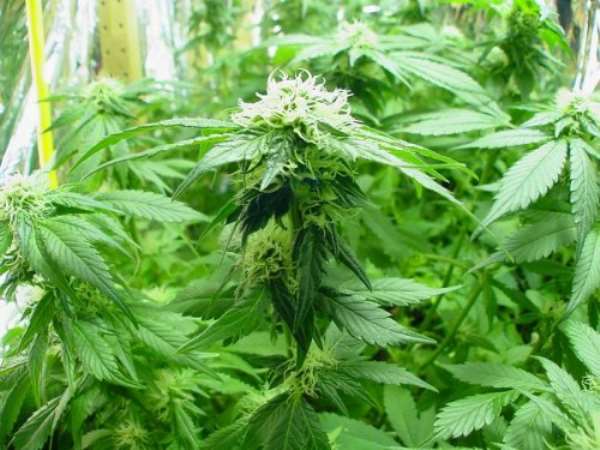 THURSDAY, Oct. 13 (HealthDay News) -- When it comes to the controversy surrounding medical marijuana, an international team of researchers is busy stirring the pot by releasing findings that suggest the drug helps promote brain cell growth while treating mood disorders.

According to the study in rats, a super-potent synthetic version of the cannabinoid compound found in marijuana can reduce depression and anxiety when taken over an extended period of time.

This mood boost seems to be the result of the drug's ability to promote the growth of new brain cells, something no other addictive drug appears able to do, the researchers say.

The findings, which appear in the November issue of the Journal of Clinical Investigation, remain preliminary, however.

"Our results were obtained from rats, and there's a big difference between rats and humans," said study co-author Dr. Xia Zhang, of the neuropsychiatry research unit in the department of psychiatry at the University of Saskatchewan in Saskatoon, Canada. "So, I don't really don't know yet if our findings apply to humans. But our results indicate that the clinical use of marijuana could make people feel better by helping control anxiety and depression."

The new findings come on the heels of a U.S. Supreme Court ruling in June granting federal authorities the power to stop doctors from prescribing marijuana. That decision also bars individuals from cultivating the herb for medical purposes.

The decision overrides laws currently on the books in 11 states which had legalized the use of marijuana for patients receiving a doctor's approval. According to the ruling, the Supreme Court justices made their decision on the basis of interstate commerce regulations rather than on an evaluation of the pros and cons of medical marijuana use.

But does medical marijuana work? To help settle that question, Zhang's team focused on the potential of a synthetic laboratory-produced form of the cannabinoid compound naturally found in the marijuana plant.

Humans and other animals also naturally produce the compound, and are known to have cannabinoid receptors lying on the surface of cells in the nervous system and the immune system.

Prior research has shown that, when exposed to cannabinoids, these receptors can provoke an anti-inflammatory and anti-convulsive response. They can also instigate a range of psychotropic effects such as euphoria.

The current study focused on a particular formulation of synthetic cannabinoid known as HU210 -- a compound which Zhang described as the most powerful cannabinoid in the world.

The authors explored both the short-term and long-term effects of exposure to HU210 in rats.

To measure the drug's short-term response, they gave adult rats a single injection of HU210. To study the same drug's effect over the longer term, the researchers gave a separate group of adult rats twice-daily injections of the cannabinoid over a two-week period.

Autopsies revealed that by the end of the 10-day HU210 treatment regimen, new neurons had been generated and integrated into the circuitry of the hippocampus region of the rat's brains. This process, known as neurogenesis, was still in evidence a full month after treatment had been initiated.

Neurogenesis was not triggered in response to brain cells being killed through cannabinoid exposure, the researchers add. In fact, HU210 injections did not appear to prompt any loss of neurons in the hippocampus.

Cannabinoid use appeared to boost mood, as well: According to the scientists, behavioral tests suggest that long-term treatment reduced the rodent's anxiety- and depression-linked behaviors.

For example, one month post-treatment, treated rats deprived of food for 48 hours were quicker than similarly deprived, non-treated rats to begin eating food when it was finally offered to them in an unfamiliar environment.

The researchers believe treated rats may have been less anxious in the manner they handled this novel situation. They stress the results were not related to cannabinoids' appetite-stimulating effects, since the treated rats' eating behavior was similar to that of untreated rats when they were offered food in a familiar setting.

Treated rats also responded in a less anxious manner to swimming and climbing tests, and displayed shorter periods of immobility compared with untreated rats. The latter finding was interpreted to mean that HU210 had an antidepressant effect on rats receiving the cannabinoid over the longer term.

However, while long-term administration of higher doses worked to reduce anxiety and depression, lower doses did not appear to have the same effect, the researchers added.

Zhang and his associates credit cannabinoid-linked neurogenesis with the apparent mood shifts seen in the animals.

The hippocampus area of the brain where the neuronal growth occurred is key to the regulation of stress and other mood disorders, Zhang's team point out. This region is also important to the control of cognitive processes such as learning and memory.

Among the common addictive drugs, marijuana alone appears able to promote neurogenesis when used over time and in the right dosage, the researchers say. In contrast, prior research has demonstrated that chronic administration of cocaine, opiates, alcohol and nicotine inhibits brain cell growth.

"If our results can be confirmed in humans, we should anticipate the chronic use of marijuana as a medical treatment for anxiety and depression," Zhang said.

"It's great that there's new science, but to me this is no longer an epiphany," he said. "It's just proving what's been long-suspected. We're behind the curve with the cannabinoids largely because of the stigma of marijuana going years and years back."

"I think most people with clinical expertise in the area of palliative medicine know that if patients had access to all the tools we currently have, we could certainly do a whole lot better to help people live with multiple chronic diseases," he added. "The social policies are way behind our technology, and that's where we need some catching up."