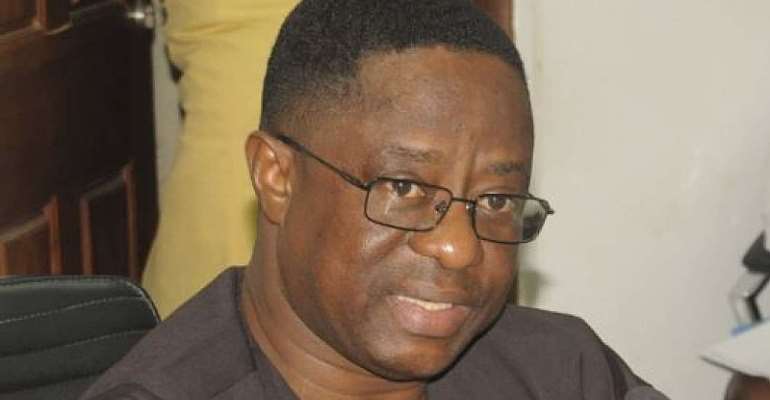 The Minister of Energy, John Peter Amewu has served the strongest of warnings to all state Chief Executive Officers (CEOs) under his Ministry to conduct themselves properly.

The Minister could not understand why the CEOs asked their respective heads of department to represent them instead of being there themselves.

He said any of form disrespect towards him will be met with a dismissal.

Mr. Amewu issued the warning after CEOs of the Volta River Authority (VRA), Ghana National Gas Company (Ghana Gas), and the Ghana National Petroleum Corporation (GNPC), failed to show up for a scheduled visit to the Aboadze Terminal Plant, even though they had been informed ahead of time.

The Minister could not understand why the CEOs asked their respective heads of department to represent them instead of being there themselves.

He deemed the actions by the bosses of the institutions as a disrespect towards him.

He wondered what could be more important than taking a decision to prevent government from losing US$40million every month if the Karpower plant at Tema is not relocated to Aboadze, for which reason he convened the meeting to deliberate over it.

He toured the Tema-Takoradi Interconnection Project which birthed a regulatory and metering station and the Aboadze Power Enclave.