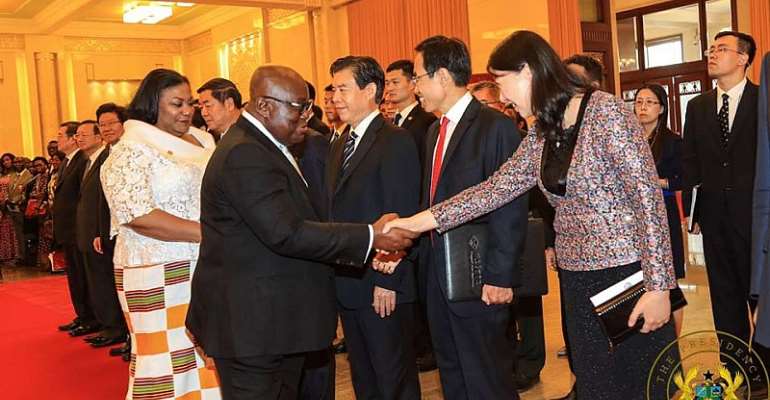 The Minority in Parliament has kicked against the proposal to sign a centenary bond with the East African nation. The Member of Parliament (MP) for Bolgatanga Central Constituency, Isaac Adongo has taken swipe at the government of President Nana Addo Dankwa Akufo-Addo.

He has described the government visionless as a child.

His comments come at the back of discussions surrounding the proposed $50 billion centenary bond between the government of Ghana and China.

The proposed bond between Ghana and China has sparked debate among the public due to some uncertainties.

Nana Addo mentioned during his state visit to China that "the Ministry of Finance and the economists in Ghana are looking at floating a $50 billion Century Bond".

"This will provide us with the resources to finance our infrastructural and industrial development. We are hoping that, at some stage, China will interest itself, and take a part of it as China's contribution to Ghana's development," he added.

However, the Information Minister-designate, Kojo Oppong Nkrumah, has moved to clarify issues, insisting no firm decision has yet been made.

According to him, the government is still deliberating and analysing the proposed centenary bond to ascertain its viability.

But the NDC MP said the government is visionless. "This government is as visionless as a child, otherwise, how can you go for such a loan without a blueprint telling the people of Ghana what went into that loan.

"What are you going to do with the $50 billion? You can only mention that you want to use it for infrastructure, but in 100 years' time, nobody will need the things that you want to develop today, so, why to take a loan for 100 years," he said.

"I thought the NPP said they were not going to borrow when they come into office but what are we seeing now? Plunging the country into massive debt is what they are doing at the moment," Adongo said in an interview on Accra FM.

Meanwhile, the Minority in Parliament has kicked against the proposal to sign a centenary bond with the East African nation.

The Minority argued that Ghana is currently not in good standing to absorb such a huge facility.

‘Flouters Of Ban On Public Gatherings Will Be Dealt With’ – ...
27 minutes ago