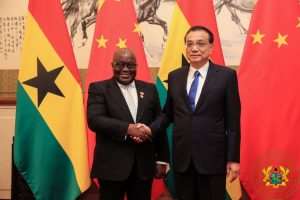 Ghana and China have signed eight Co-operation Agreements and Memoranda of Understanding, in different sectors of their respective economies, aimed at deepening the ties of co-operation and the bonds of friendship that exist between the two countries.

The agreements are the “One belt one road Memorandum of Understanding, Memorandum on Regional Aviation Co-operation Agreement for Co-operation in the peaceful use of nuclear energy, and Co-operation to carry out Maternal and Child Health Project.” 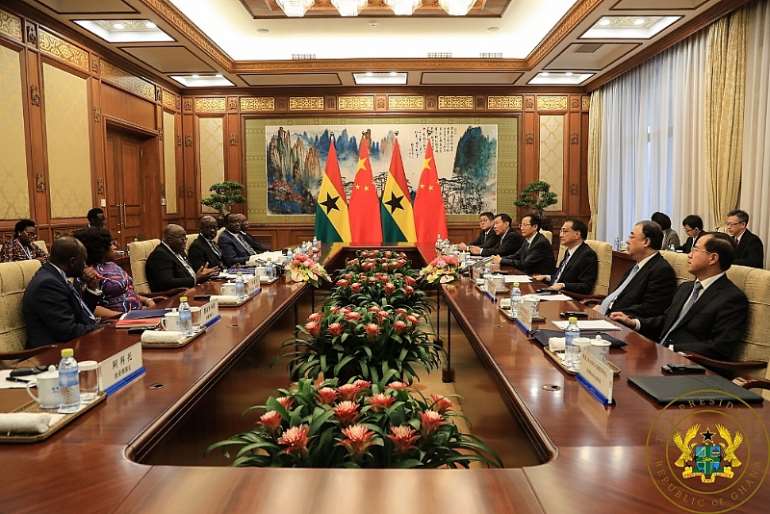 Speaking with President Xi Jinping, prior to the signing of the eight ( Agreements, President Akufo-Addo noted that the relationship between Ghana and China, over the years, have been excellent, noting that “Ghana has been a firm friend of China.” 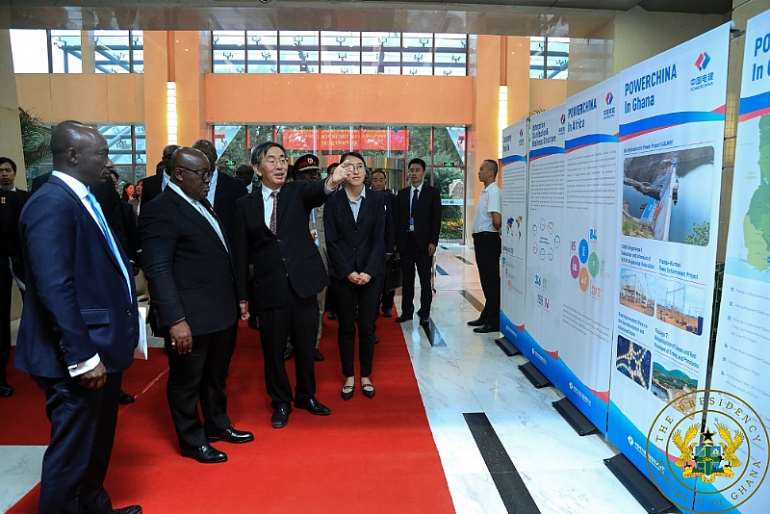 With China, for the last three years, being Ghana's largest trading partner, the President stated that “Chinese co-operation and investment in our economy are extremely essential” to the delivery of progress and prosperity to the Ghanaian people.

Highlighting some matters of critical concern to the country, President Akufo-Addo noted that his Government has been engaged in the fight against the menace of illegal mining, popularly referred to as galamsey, and told the Chinese President about the involvement of some Chinese nationals in the criminal activity.

He emphasized that his administration will not relent in the fight to restore the purity of Ghana's water bodies and the health of its environment. 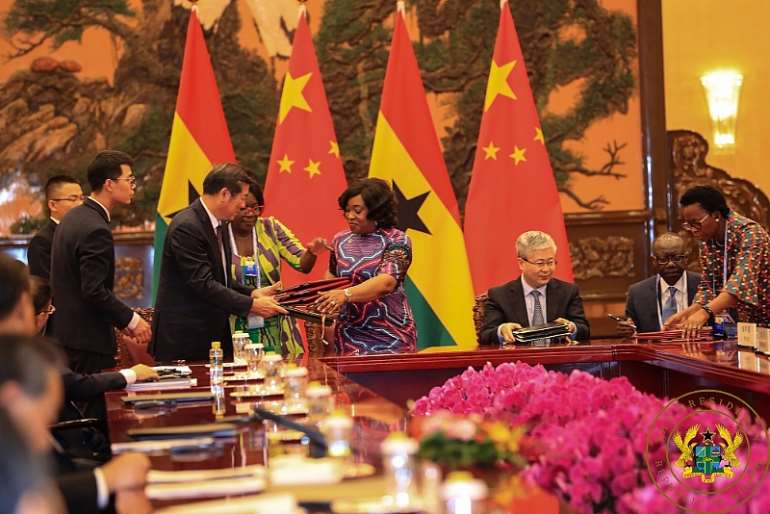 President Akufo-Addo urged his President Xi Jinping to intervene in the matter, stating that “we want your help fully so that we can remove this impediment to the strong co-operation between Ghana and China.”

On the development of Ghana's infrastructure, he also told his Chinese counterpart that Ghana is interested in receiving investments from China towards specific sectors of the economy, such as the railway and road network.

“We are thinking about a railway network that is intended to be a part of the Belt and Road Initiative, which will link our country to the Maghreb Region, and, thereby, recreate the old trade route that linked the Southern part of West Africa to North Africa,” he added. 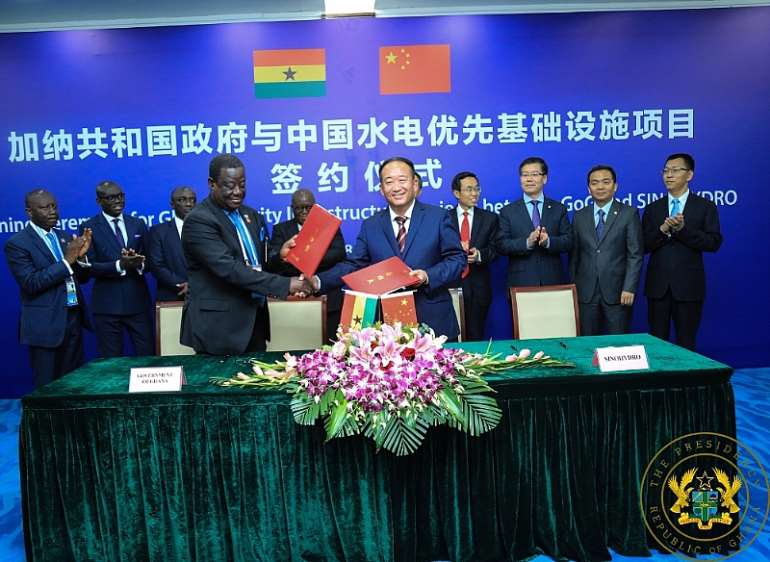 With Ghana exiting the IMF arrangement by the end of 2018, an agreement entered into by the predecessor administration; President Akufo-Addo stressed that “we are determined never to return into the focus of an IMF Programme.

“In order to do so, we are looking seriously at how we can secure sources of long-term finance that will allow us to deal with our infrastructural development, and also realize the vision of a Ghana Beyond Aid.”

He told President Xi Jinping that, “The Ministry of Finance and the economists in Ghana are looking at floating a $50 billion Century Bond. This will provide us with the resources to finance our infrastructural and industrial development. We are hoping that, at some stage, China will interest itself, and take a part of it as China's contribution to Ghana's development.”

Meeting with Chinese Premier Later that day, President Akufo-Addo held bilateral talks with Mr. Li Keqiang, Premier of the State Council of the People’s Republic of China, where matters involving infrastructural development, communications, and oil and gas were discussed.

The President told the Chinese Premier that a significant focus of his visit to China has to do with the $2 billion Sino-Hydro transactions. 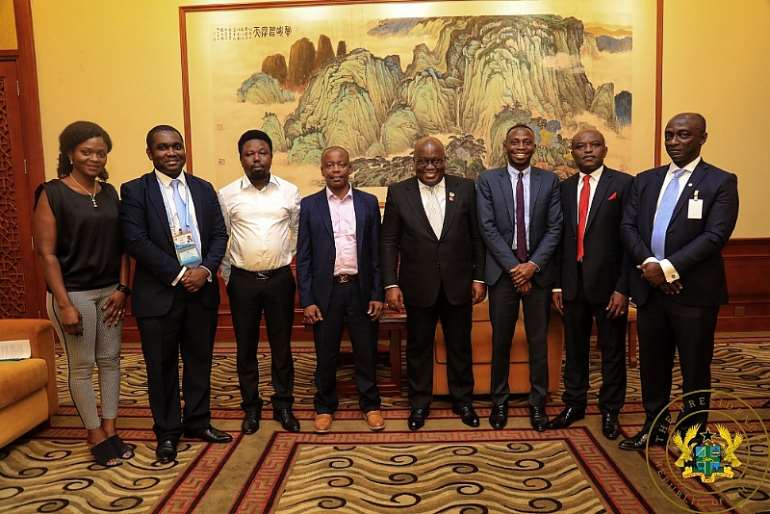 He explained that “we are looking at this transaction to afford us the opportunity to expand and improve our road infrastructure, as well as the railway development of our country.” 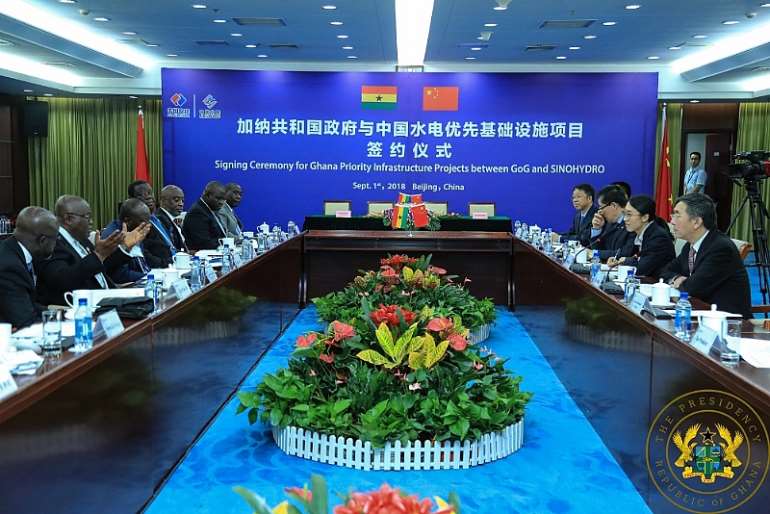 President Akufo-Addo was hopeful that his visit to China would “reinvigorate our relationship, provide us with the opportunity to contribute to the success of the FOCAC summit, and also enhance the nature of the co-operation between our two countries.”