The mortal remains of Joseph Henry Mensah were laid to eternal rest yesterday amidst the outpour of glowing tributes from family and friends.

One that caught the attention of many was that of his long-standing friend and lawyer, Nana Addo Dankwa Akufo-Addo, who is now President of the Republic.

At a requiem held at the Accra International Conference Centre (AICC) before his final interment at the military cemetery, Burma Camp, President Akufo-Addo described J.H Mensah, as he was famously known, as someone who had lived a modest but fulfilling life having served in various capacities, especially in government.

Positions of prominence he held in government were Minister of Finance in the Busia administration, Senior Minister under the Kufuor administration while serving as the Member of Parliament for Sunyani East and was one time Minority leader in Parliament. 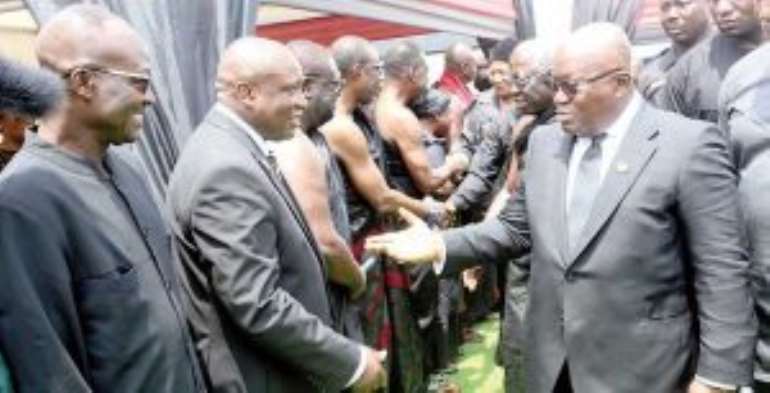 President Akufo-Addo described him as his mentor, a patriot with brilliant intellect, civilized personality, urbane, who believed that the Ghanaian could build a progressive civilization equal to any in the world.

According to him, the late J.H Mensah's attachment to democratic values was profound and had helped him confirm his conviction that the rapid development of Ghana was possible with democracy and fully subscribed to the concept of development in freedom, the mantra of the United Party (UP) tradition which eventually gave birth to the modern day New Patriotic Party (NPP).

President Akufo-Addo recalled with nostalgia how he used to refer to J.H Mensah as 'First Accused', explaining that during the revolutionary days, J.H who had just been released from an 18-month incarceration was again arrested together with I. C. Quaye and Kwame Karikari, who was then Dr Busia's Private Secretary. 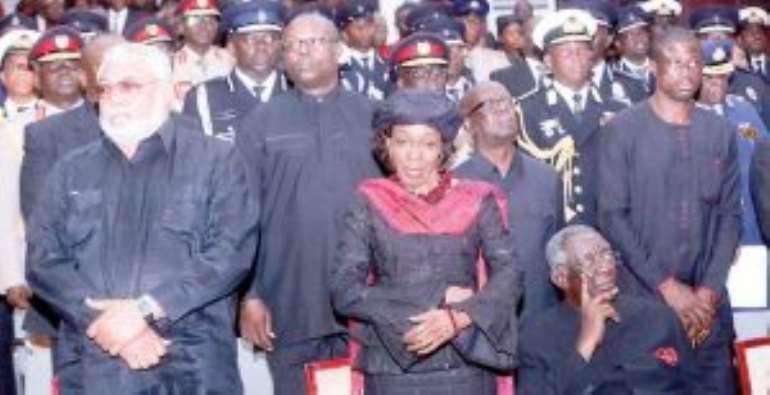 As a young lawyer, he was one of the lawyers who defended them on the trial and appealed against a charge of sedition by the military government and they were finally freed.

“On his release, I saw him often and he became, unabashedly, my mentor. I enjoyed his company enormously, the brilliant intellect, the impish sense of humour, the urbane, civilized personality and above all the deep love of the Ghanaian people and their history”, he added.

As a man with whom he entered Parliament at the same time and having known him over the years, he described the late J.H Mensah as “adept, combative, resilient and someone imbued with unshakable love of parliamentary institution” who led the Minority with “great verve and panache and set standards of engagement as a Minority Leader that will be difficult to replicate.”

President Akufo-Addo also had some fond memories of J.H Mensah, recalling one of his famous statements to the NPP Minority at the beginning of the 2nd Parliament that “our numbers mean that we cannot win a vote in the House, but we can win the debate outside in the country.”

For him, that was prophetic because “the performance of the Minority under his leadership was such that Ghanaian people came to have confidence that a change from the long period of the PNDC/NDC rule would not necessarily be a leap into the dark.”

That, for him, was what facilitated the victory of the NPP in the year 2000.

Present at the solemn ceremony were former Presidents Rawlings, Kufuor and Mahama together with heads of the various security agencies, Ministers, Members of Parliament, the Judiciary and people from all walks of life.