HIV Does Not Always Result In AIDS 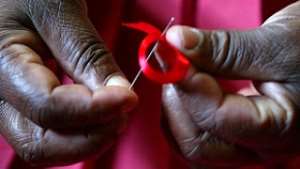 Viruses of human beings, which can only exist together with their carrier, can only live and reproduce if the carrier does likewise. The quicker a virus produces in a human, the more it leads to illness, the more virulent it is and the faster it destroys its own foundation.

Therefore, those viruses have healing properties are those viruses with the greatest chances of survival. If as a result of virus mutations, new viruses are produced, then only those changes which prove beneficial towards survival, also for human beings will spread.

Viruses are highly varied and functional forms of life. Changes can only occur step by step. It is conceivable that as a result of mutation, the respective capabilities of the viruses to become:

that these respective capabilities can in themselves undergo a decisive change.

However, it is quite inconceivable that a virus could result by mutation, which by itself overcomes all the processes of defence in human, for example, leukocytes, lymphocytes, macrophages, killer cells, complementary system, interferon, and antibodies.

Neither by natural changes nor by gene technological manipulations can a stable virus evolve, either now or in the foreseeable future, which alone kills off with certainty the majority of infected persons.

A natural spread of such a virus is likewise impossible.