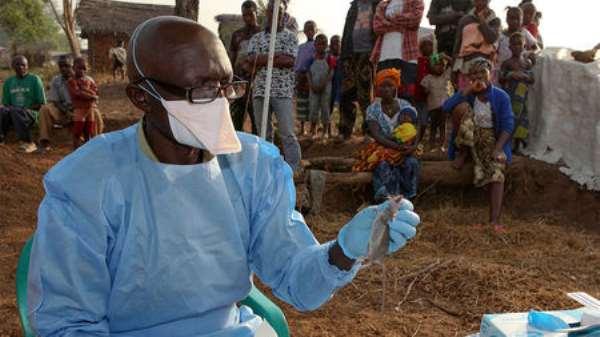 LAGOS, Aug. 7 (Xinhua/GNA) - Nigeria's southern Enugu State has confirmed the death of one person from Lassa fever in a health facility within Enugu metropolis.

The health providers at the health facility tried to manage the patient but lost him, Ifeanyi Agujiobi, the Permanent Secretary in charge of Ministry of Health, told reporters on Tuesday.

Agujiobi said the ministry's epidemiology officials had commenced massive contact-tracing of those people that had contact with the patient.

Agujiobi added that the state would also commence a massive sensitization against the disease in local media using native languages.

The Lassa fever is a viral hemorrhagic fever caused by the Lassa virus. Humans usually become infected with the Lassa virus from exposure to urine or feces of infected mastomys rats. Enditem

I haven’t said NPP is Majority in Parliament – Bagbin clarif...
29 minutes ago