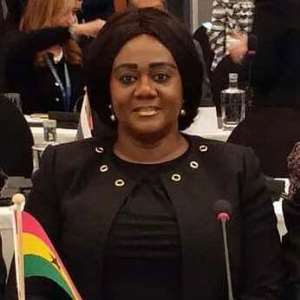 Prestea Communicators for development (PCD), a civil society group based in Prestea commends Member of Parliament for the area Hon Barbara Oteng-Gyasi also Deputy Minister for Lands and Natural Resources and the workaholic MCE for the Municipality Hon Mozart K. Owuh for collaborating and bearing the cost of vacation classes for SHS and Pre SHS students in the Prestea Huni-Valley Municipality.

K. OWUH OVER FIVE-WEEKS FREE VACATION CLASSES FOR SHS STUDENTS IN THE

MUNICIPALITY. The leadership of Prestea Communicators for Development PCD, a

classes for Pre SHS and SHS students in the Prestea Huni-Valley municipality of the Western Region .

The classes, which according to a letter cited by PCD, indicates:

COST : FREE ( PAID FOR BY MP/MCE) STUDENTS : Pre-SHS & SHS students. Speaking to the Coordinator of the Program, Mr. Samuel Blay, he told

PCD that “this is the third consecutive one organized by the MP,

Augustine SHS, Bogoso. He stated, earlier attempt to include Prestea

SHS failed but this time around, they have also come on board”.

Mr. Blay stated that “education is very crucial to the MP & MCE and

they are committed to help the students in Prestea Huni-Valley

Municipality”, he added. Prestea Communicators for Development PCD, sees these efforts by the

Hon. Mrs. Barbara Oteng-Gyasi as very significant contribution to the

development of the Prestea Huni-Valley Municipality, because,

attempts by the current government to provide FREE EDUCATION AT SHS

level because “Under the CPP government led by the Osagyefo, Dr.

Nkrumah (the Show Boy), education was free and compulsory between 1957

to 1966” .To this, Prestea Communicators for Development PCD agrees

with the statement made by HE Dr. Mahamudu Bawumia, that “when our

School serving the entire north. But this obvious lack of

infrastructure and unpreparedness did not prevent Nkrumah from making

education free” on the current double track government seeks to

implement. Parents in Prestea Huni-Valley are to entreat their wards to take