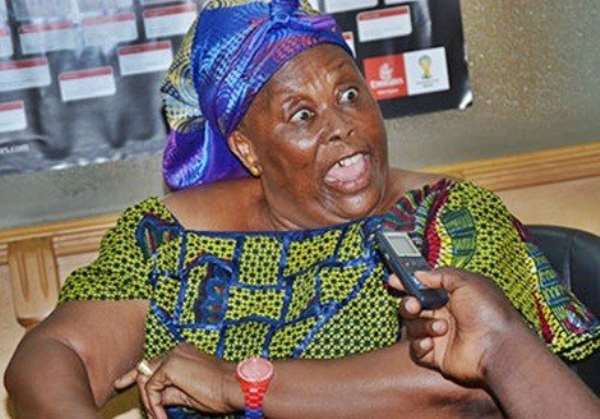 The Human Rights High Court presided over by Justice Gifty Adjei Addo on Monday threw out an application by Captain Nkrabea Effah-Dateh, seeking to dismiss a suit filed against Hajia Fati and the NPP party.

Hajia Fatia who is standing trial for allegedly assaulting an Adom FM reporter Charity Akosua Sakyiwaa on 4th May 2017 also filed a counter-suit seeking to dismiss the substantive case.

Captain Nkrabea Effah-Dateh (Rtd), her counsel, sort to raise isses with the wording of the Charity Akosua Sakyiwaa suit.

Hajia Fati’s lawyer complained that the Plaintiff’s middle name had been wrongly spelt and that she provided her office rather than residential address.

His third issue was that she used the word “would” in a number of the paragraphs of her suit. He maintained that would convey future rather than what had already happened and that to that extent, the suit disclosed no reasonable cause of action and must be dismissed or parts of her statements should be deleted in the alternative.

The judge asked him several questions and he eventually and rather embarrassingly admitted his application was wrong.

Samson Lardy Anyenini, Lawyer for Charity Akosua Sakyiwaa popularity known as Ohemaa, rose to challenge the application as incompetent but the judge interrupted and asked more questions of Captain Effah-Dateh and directed him to do the honourable thing, leading him to plead with the court to allow him to withdraw his application.

The judge then ruled that the application has been struck out as dismissed and gave GHS600 cost in favour of Ohemaa.

Ohemaa, filed the suit alleging violations of her fundamental human rights including her right to do her work as a journalist.

This follows her alleged assault by Hajia Fati.
Hajia Fati is also being prosecuted by the state which has preferred criminal charges of assault and damage to property against her at the Adjabeng Magistrate Court.