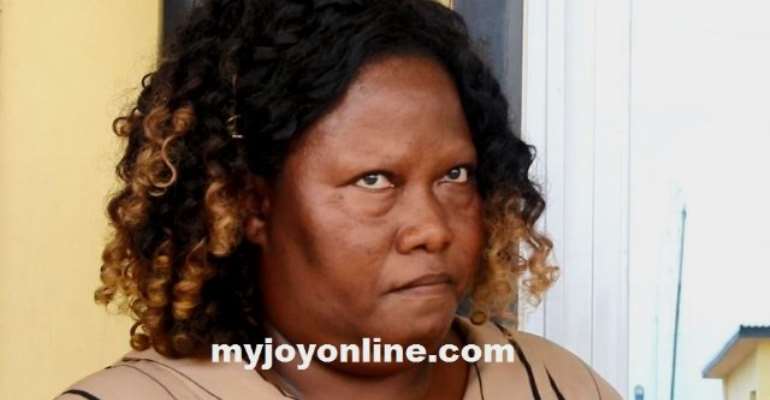 A Senior Social Welfare officer accused of stealing and selling a day old baby in Kumasi has appeared before a Kumasi High Court.

Evelyn Jemimah Alangeah was charged with child stealing contrary to section 93 of the Criminal Offences Act, 1960.

The court granted her bail pending trial.
Evelyn Jemimah Alangeah, a Probation Officer at the Regional headquarters of the Social Welfare Department in Kumasi was arrested in March this year together with a colleague Legal Officer, Samuel Obeng for selling the baby for GHS 16500.

But she appeared alone when the case opened in court on Monday.

The baby’s mother, Debora Tagung who hails from Lawra in the Upper West Region, sought support from the Social Welfare Department last year after her boyfriend abandoned her during pregnancy.

The social worker took her to a private maternity home in Kumasi and allegedly stole the baby the day it was born.

She reportedly told the woman her sick baby had been referred to a nearby hospital for further observation after it was born with rashes on the neck.

Investigations by the Anti-Human Trafficking Unit, however, revealed Evelyn had sent the baby to the Kumasi Children’s Home, and later sold her to a couple who had applied to adopt a baby at the department for GHS 16,500.

State Attorney Akosua Dansowaa told the court the accused had the intention of depriving the mother of the baby.

However, the court presided over by Justice Francis Obiri granted the accused bail in the sum of GH40,000 with three sureties to be justified.

Each surety, according to the court should be a public servant with a monthly net income of GH 800.00.

The mother of the baby who is currently at an orphanage was in court with her family.