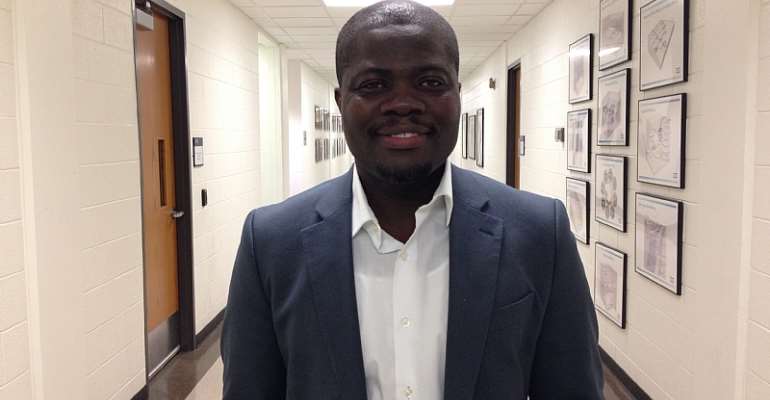 Dear Mr. President,
I write to officially inform you to dissolve the ineffective Inter-Ministerial Committee for Small-Scale Mining (ICSM), chaired by Professor Kwabena Frimpong Boateng, who is admittedly an astute medical doctor but clueless in guiding the committee to succeed. Instead, constitute a mining technical team to collaborate with the Lands & Natural Resources Minister to address the problem if you truly want to fight galamsey in the country.

From my worldwide experience and expertise as a mining engineer and the due diligence surveys I am currently conducting in Ghana on this problem, I am confident that with the right technical people in the steer of affairs, this canker can be minimized or eradicated with long-term solutions within 3 months. The committee has failed Ghanaians in producing results for the past one year that the ban on small-scale mining has been in place and hence, should be dissolved to prevent any further waste of our time and resources.

Your Excellency, I would like to emphasize that the “galamsey” issue is purely technical and not political. Please, may I ask if you spend some time to review the Key Performance Indicators (KPIs) you set for the committee to deliver? May I ask if any of the committee members has the requisite mining knowledge to tackle the menace from a technical point of view? May I ask if you are aware that the illegal miners, including foreigners, are still working whilst the licensed Ghanaian miners are at home unemployed? Are you aware that the water bodies are still muddy after one year of the operations vanguard inception? Are you aware that some Ghanaian small-scale miners who were arrested are currently serving jail terms whilst none of the arrested foreign nationals is in jail now? By the way, where is the Chinese lady, Aisha Wuang who was arrested by the operations vanguard last year?

Mr. President, for your information, the licensed small-scale miners are disappointed in you because you promised to regularize their activities to curb the environmental concerns associated with their work when you were then Candidate Akufo-Addo. How about those mandated to protect the environment, but rather ended up superintended the contrary? Are you ever going to penalize the mine inspectors and the district minerals commission guys who failed to execute their duties by not monitoring and guiding them? Why are they still at post? Can we classify the ban as a selective justice? Is it fair? Is that the rule of law you promised Ghanaians and convinced us to vote for you? Nana, from my current surveys, the miners feel disappointed, as they voted massively for you, especially in your strongholds, purposely to enjoy the promised regularization.

How long will it take your government to solve a problem which, by my estimation, shouldn’t take more than 3 months to solve? Do you want to tell Ghanaians that you cannot discipline non-performing appointees in your government? Is that what you told us during your campaign period? As much as my team commends you for good governance, we still believe some non-performing members of your government has the penchant to drag the NPP party into defeat in the next election.

Now, I wonder how you will campaign in the mining areas ahead of the 2020 elections to garner votes from the over 1.5 million illegal and legal small-scale miners (SSM) excluding their dependents. In all, the beneficiaries of SSM sum up to approximately 6 million people in Ghana, based on the information I have gathered. Any caring and patriotic Ghanaian cannot overlook the devastating economic hardship in these mining areas emanating from the ban.

After interacting with some of them during my fieldwork, most of them are saddled with debt from loans they took to invest in their SSM business and are yearning to return to work. Nevertheless, my team commends the Lands and Natural Resource Minister, Hon John Peter Amewu and the CEO of Minerals Commission, Mr. AddaeAntwiBoasiako for welcoming us in Ghana. We are a team of thirty (30) Ghanaian mining and environment experts comprisingof professors, doctors and consultants residing in USA, Canada, Australia, Norway, South Africa and Ghana to support the government’s initiative on regularizing the SSM. Currently, three (3) members of the team are in Ghana to conduct due diligence fieldwork on SSM to better understand the actual problems and the drivers surrounding the whole “galamsey” menace. The team first reviewed the Multilateral Mining Integrated Project (MMIP) document and identified some areas which could be improved to make its implementation practical on the field.

Making the roadmap on lifting small-scale mining ban public will go a long way to ease the agitation and doubt in the minds of many. A personal request for this document from Mr. Charles Bissue, a Presidential Staffer & Secretary to the Inter-Ministerial Committee on Illegal Mining was rejected based on certain flimsy excuses. Does it mean that the roadmap is not authentic and practical, that’s why you are unable to lift the ban? It is sad that the secretary to the committee could boldly tell me on June 23rd, 2018 at the Jubilee House Annex that the chairman, Professor Frimpong Boateng, didn’t want my team to conduct the very fieldwork we travelled to Ghana for.The harrowing part was when Mr. Charles Bissue even threatened to instruct the operations vanguard team to deal ruthlessly with me upon any attempt to enter the field for data gathering. I had a shock of my life when I heard this statement from a presidential staffer.

After damning the consequences to conduct the fieldwork in the Western and Eastern Regions amidst all threats, the information I gathered showed that some of the operations vanguard teams are rather guarding some foreign nationals who are currently working in our forests and water bodies. According to the miners, those foreign nationals were brought into the country by some politicians and chiefs. I have audio evidence that I recorded myself to prove that the miners made those pronouncements during my interactions with them. Mr. President, please are you sure you can fight the galamsey with all these people surrounding you? It is difficult to believe certain accusations but it will be better you listen to the tapes yourself. I am ready to meet you for further discussions on this issue of national concern.

Your Excellency, below are the highlights of some of the current publications on ghanaweb.comwith the links bellow, which corroborate the allegations leveled against some politicians, including some key members of your governmentwho are neck-deep in small-scale mining in the country. Also, the foreigners are currently working, regardless of the pressure from operations vanguard. Sir, could you kindly instruct the police, the registrar general and the minerals commission to publish the company names, directors and shareholders of all the foreign nationals arrested by the operations vanguard team since July 2017 within 48 hours? Ghanaians want to know who is behind the foreign nationals involved in “galamsey” in Ghana.

As a true citizen of Ghana, I have by your words declined to be a spectator, hence, I am ever ready to avail myself and present to you with all gathered evidence in support of the claims made herein. In a manner reminiscent of your reaction towards the alleged callous and unprofessional behaviour of certain names mentioned in the inter-ministerial committee for small-scale mining, I will entreat your honorable office to attend to the cries of the millions of Ghanaians with regards to the instances of betrayal of trust of the committee. Please, the miners need a prompt action from you, like how you quickly reacted to the woman who was brutalized by the policeman at the Midland Savings and Loans in Accra three days ago.

Lastly, the galamsey ban which was supposed to last for six (6) months is now more than a year. I, therefore, request that you prove fairness to my team and the miners by practicing the promised “father for all” and speed up the regularization process to enable the miners to work in an environmentally friendly manner. Thank you.

Deal with your own people if you want “galamsey” curbed

Covid-19: Ghana not part of countries banned by Netherlands ...
33 minutes ago