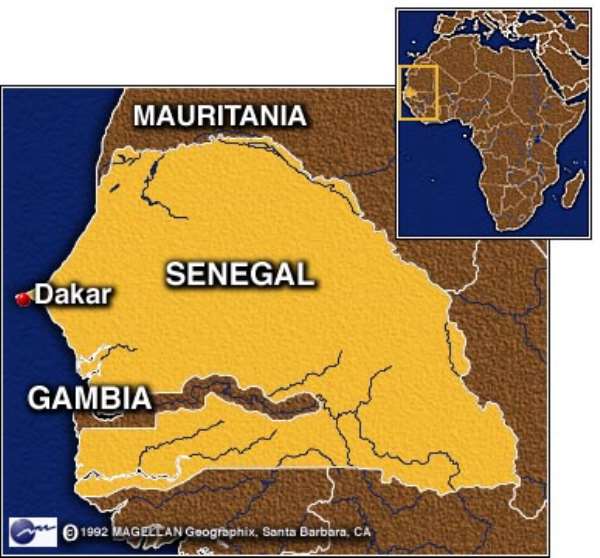 Fresh information reaching The Chronicle indicates that 6 of the 56 African Nationals, including 40 Ghanaians, who were locked up in Gambia and suspected to have been murdered, are still alive and languishing in the cells of the Gambia security agencies.

The lone survivor of the victims, Martin Kyere, who managed to escape death in the hands of the Gambia securities and finally made his way to Ghana, on Friday 16 September hinted The Chronicle that one of the friends alerted him about their existence. According to Kyere, one of those still locked up in the Gambia cells, Eric Nketiah, had phoned him from the Koliban Police station in Gambia, telling him that there were still six of them being held. The other five include Janet, an Ivorian, Maku from the Krobo area, Edmond Kwabena Kumi, a native of Berekum, Fiifi, a Fante and one Nigerian, whose name was not given. Eric also gave Kyere the telephone number of the Koliban Police station where they are being held as +220 9998981 or 18. Eric, as disclosed by Kyere to this reporter, said because he was being escorted by the police at the time of the phone call he could not mention the last two digits of the telephone number clearly and for that matter it could be either 81 or 18. Eric's wife, who visited The Chronicle offices with their daughter, revealed that her husband had called her but said the police officer escorting him did not allowed him to talk much. According to her, she just heard the husband mentioning her name "Bea". Kyere said the six were among those who were left at the warehouse when three soldiers and one officer in plain clothes came for them on 1st August at midnight. Kyere said he was strongly convinced the six would be taken from the warehouse to the Koliban police station, and if the authorities of this country want to get his friends out, they should target the Koliban Police. The escapee accused the authorities of doing nothing to put pressure on the security agencies or to investigate to know whether the rest of his colleagues were dead or alive. He told the paper that after his statement was taken in Accra by the investigating authorities, he was cautioned not to talk to anybody. He was, however, of the view that if he kept quiet, things would be worse. He therefore, as matter of urgency, appealed to the Ministry of Foreign Affairs and other institutions concerned to act as quickly to salvage his friends from the hands of Gambia security. Kyere hinted the paper that since his friend Eric called, him he frequently called back the number, but refrained from disclosing that he was calling from Ghana, explaining that if they discovered the call's origin, they might relocate those in custody. Meanwhile, relatives of Eric had performed his funeral rites long before he called the Kyere and his wife, Beatrice. Eric's wife, who was weeping at the offices of The Chronicle, added her voice to the call of Kyere to the Foreign Affairs Ministry to expedite action to contact Gambia authorities for the release of her husband and others.