How Technologies Have Changed Our Lives 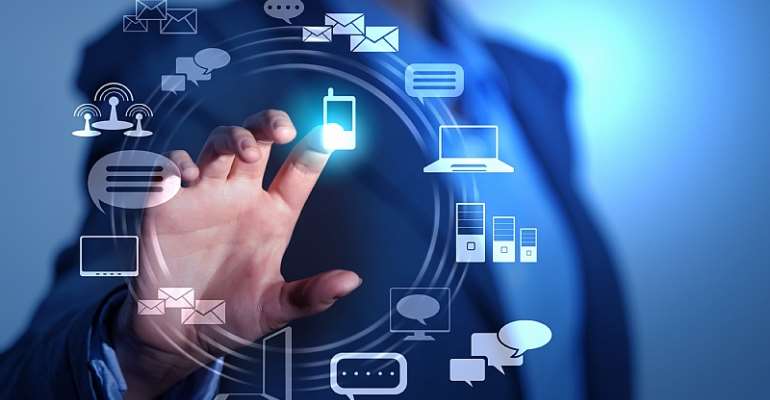 In antiquity where the world was ignorant to technological developments, evolvement and its use, man had ways of going about daily activities by applying methods which seemed effective in those periods. The introduction of technology has effected among other things by making lives faster, convenient, more effective and efficient now than they used to be. Technology basically denotes the possible means, processes, ideas and the use of tools and machines in doing things and making lives easier. In Ghana in the past, where the nation was not introduced to technology, for example, cooking was done in the most tedious and primitive manner which included, striking two stones against each other to make fire, cooking on a triangularly designed mud or stones to accommodate the cooking pot or steam pit cooking.

There was little or no source of entertainment, no computers to check mails for job updates or newsfeed. To reach out to a family member to check up on how he/she is faring required walking or being on horse for several miles to visit or deliver a simple message and this was in the very past days. Technology has among other things effected the establishment of electricity, computers, effective means of travelling, efficient means of sending messages, improved home entertainment unlike before and it has affected positively education and means of acquiring educational certificates. Over the past years, technology has being responsible for the invention and creation of amazing products. These products have systematically changed our lives and made us much informed on how to go about our day to day lives making the way we do things much easier and simpler.

In the olden days, there were no electricity, so our great grandfathers were known to be using basically lanterns especially in the evening. Because there were no devices like phones or televisions to use electricity, they felt comfortable as they went about their daily routine either fishing or faming in the day, come back later in the evening, eat and sleep without any form of entertainment and information from watching TV or listening to news. Today, technology has enhanced easy access to information such that, even fishermen go to sea with radio sets and if luckily, frequencies to some radio stations are available, they simply tune in and listen to some news update, advertisement or music to add value to their lives. Electricity in itself is the greatest gift from technological advancement that has helped modern lives. It has systematically eradicated the use of lanterns which in a way was quite unreliable and difficult to supply light to every corner of the house or to aid entertainment.

Secondly, unlike in the olden days, technology has improved lives and businesses through the emergence of computers in the form of desktops and laptops making it easier to access information in any part of the world. Computers have helped in keeping records of daily transactions using Microsoft word or most useful is the excel sheet which now serves as an effective tool for book keeping and data analysis for most businesses. Additionally, computers through technology have helped in the homes by adding value to lives through listening to music using the computers, for typing articles and keeping pictures and videos of fond memories.

Furthermore, technology has improved lives by enhancing the means of transport. In the olden days, traveling from one destination to another was very tiring since it involved trekking on foot or on horses. During the raining season, the situation rather worsens. The journey may be to deliver a simple message/package or to see a relative or friend you’ve missed for a long time and there was no convenient means to doing so except to trek for a number of days from say Agona Ahanta in the Ahanta west district of the western region to Cape Coast in the central region of Ghana. Today, technology has made it possible by providing efficient and effective means of traveling to see family members by using either train, state transport or using a motor bike and within some few minutes/hours one can reach his/her destination in comfort. If today’s world was without technology, trekking or using horses would have been dangerous considering the increasing number of armed robbers, fraudsters, pickpockets and swindlers on our roads.

In addition to the above technological achievement, today’s world is also blessed with the easiest means of communication and entertainment through mobile phones, tablets for making voice calls and video calls using Imo, whatsapp video calls and skype. It doesn’t even require travelling far distances to hug or express our nostalgic feelings anymore since it can be done using our phones through messages. Through technology, we have access to wireless fidelity simply abbreviated as WIFI which makes it possible to get connected to the internet to find out about new information and to connect with friends and family regardless where they are in the world. We are also blessed with television to watch our favorite channels or switch to another channel if the previous was boring. Our kids have the privilege to learn or excite themselves with cartoons whilst the entire family also gets informed through watching the news.

Lastly, technology unlike its absence in the past has now improved our education system and effected means of acquiring degrees. Education can be pursued either by attending lectures in the lecture room or simply assessing lectures online. In the same way, one can also pursue education in a university outside his country through an online education system which has saved many of the financial stress in acquiring visas, air tickets and accommodation in the new school. Through technology, education can now be pursued anywhere anytime.

The points above indicates clearly how technology has improved our daily lives and facilitated businesses and way of doing things, this is undoubtedly a level up improvement in the way we go about our daily lives today compared to how lives were lived in past decades.