The Perceived Notion Of Who Is What: Changing The Narratives 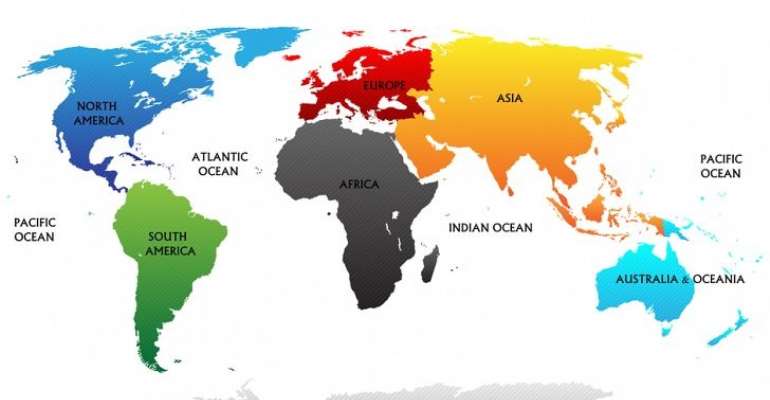 The theory of the continental drift was first propounded in the year 1596 and next was 1908 to 1912 by Alfred Wegener. Mainly, it explains that, the world is divided into continents and has in total seven (7) continents. Each continent and its unique endowment based on the direction of resource allocation in the course of the drift. In the same manner, the individuals who live on such continents differ by attitude and way of doing things (culture). It is thus undoubtedly when humans behave uniquely from each other when sampled from different continents and brought together to live in confines. Those from Asia (specifically China) turn to have a unique complexion, notably yellow and uniquely are those from Africa. It wouldn't have been strange if a continent had people with blue or green skin color. This is because, the complexion of a people and/or how they behave are mostly influenced by genetic factors as well as the environment from which they grew up from. An environment mostly faced with sunlight or genes sensitive to light is most likely to produce inhabitants with a skin color different compared to that which is not prone or sensitive to sunlight. Some scientist even proves that, a person’s diet from infancy till maturity has a greater influence on himself in terms of way of thinking and complexion.

As part of the continental drift in the past, many countries became much endowed in resources making them richer than others. The emergence of civilization and the need to remain superpowers led to the capturing of many countries as allies or colonies in the past and subsequent result was the slave trade. What defines the African history or Africans is thus not slavery but the rich culture and resource endowment of that continent and its ability to turn the global economy around based on reasonable mutual trade negotiations. The Asian, European, American or African didn't choose to be who they are now, common sense and logical reasoning teaches that, the environment and genes creates such differences. It becomes therefore absurd to realize that, in a modern world where almost 80% of the world’s population is inclined to the internet and education, people still choose to be racist for no reason. It is thus bemusing and funny enough to see or hear an individual from another nationality say, “I don't like Blacks/Africans, they disgust me” or “I don’t like Asians, they very uncivilized” without necessarily forgetting that, people don't get to choose who they become or which continent they end up in.

Another narrative worth changing includes the fact that, Africa is a continent and not a country. Mostly, when a brown skin person commits an offence, the issue is generalized to make it seem all brown skins are worse. When the BBC, CNN and the Aljazeera publishes news about Africa or the middle east, it’s about the deprived areas of some African countries or some deprived areas in the middle east just to make such areas or continents appear unpopular or/and remain in the minority as the world sees it. It’s time the narratives change because the poverty and disease in these areas mostly preached by the CNN and others were created by the Europeans and Americans in the quest to becoming superpower nations. They still keep impoverishing some countries by granting them aids just to tap into their endowments.

It’s about time we change the narratives concerning who is brown, white, yellow or green and consider the cognitive abilities of humans, after all, what matters the most, is what we all can contribute to making the world a better place. Racism is primitive, Let’s stop it. Black, white, yellow, brown is just a skin color, color of blood is red for all, so let’s desist being racist and reason together to building a robust global economy that benefits all.