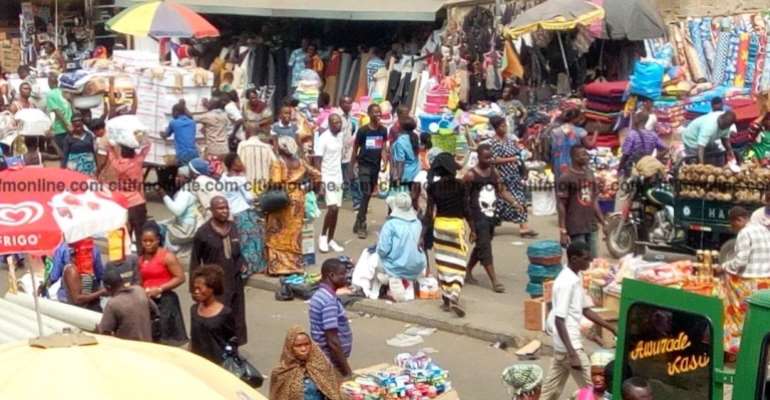 Many traders who heeded the directive from the Kumasi Metropolitan Assembly to move to the Race Course market are complaining that business has not been as good as they were at their previous locations since they went to the Race Course.

According to them they have regretted obeying the directive from the KMA because their dependents are starving at their various homes due to lack of money to provide their needs.

What has even worsened the situation is that about 5000 traders who went to the Race Course from the Bantama market have returned to Bantama citing too many curses on the Race Course land.

Secretary to the traders Mr. Kyei Bafuor in an interview with this reporter said 'there have been, and still continue to be too many curses at the market' and until authorities do something about it, the market will never see the improvement expected, and traders will feel the worst impact.

He said many traders flouted the KMA bye laws by taking sheds at the market and did not occupy it for more than six months. And in such situations, the KMA has the power to retrieve its shed and reassign to someone who is ready to occupy and use it immediately.

However a gang of women led by one Naomi Serwaa who used to be Headwoman of a section of the traders who took sheds and refused to use it, have vowed to curse anyone to whom the KMA would reassign their shed to.

“We all know that cursing is an abomination in Ashanti but this woman and her gang have thrown caution to the wind and take delight in cursing innocent traders who took the shed directly from the management of the market.

Even on several occasions, the Asantehemaa has summoned Maame Naomi and her people but they have just refused to go, saying their party is now in power so they do not respect anybody”. The secretary pointed.

Early last month, the Asantehemaa, Nana Kondau Yiadom asked the Sumankwaahene perform some rituals at the market in order to overturn all curses placed on the land but Maame Naomi and her group have blatantly ignored any invitation to cooperate.

Meanwhile the market Queen Mother appointed by the Asantehemaa, Nana Afia Kyeiwaa says she cannot sit aloof for her people to be cursed in that rampant manner hence decided to leave the Race Course and return to Bantama market, a development which has seriously affected the Race Course market.

Nana Kyeiwaa according to the secretary says if sanity would prevail at the race course market, and all the traders would respect the Asantehemaa as owner of all markets in Ashanti as custom demands, she and her people would readily return to the Race Course market.