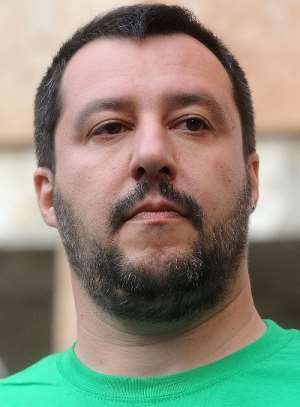 In August 2001, Australia’s dour Prime Minister John Howard demonstrated to the world what his country’s elite soldiers could do. Desperate, close to starvation and having been rescued at sea from the Palapa I in the Indian Ocean, refugees and asylum seekers on the Norwegian vessel, the MV Tampa, were greeted by the “crack” troops of the Special Air Services.

A bitter, politicised standoff ensued. The Norwegian vessel had initially made its way to the Indonesian port of Merak, but then turned towards the Australian territory of Christmas Island. Howard, being the political animal he was, had to concoct a crisis to distract. The politics of fear had a better convertibility rate than the politics of hope.

Australian authorities rebuked and threatened the container ship’s captain, claiming that if Rinnan refused to change course from entering Australia’s territorial sea, he would be liable to prosecution for people smuggling. The vessel was refused docking at Christmas Island. As was remarked a few year later by Mary Crock in the Pacific Rim Law and Policy Journal, “The stand taken by Australia in August 2001 set a precedent that, if followed by other refugee receiving countries, could only worsen the already deplorable problems facing asylum seekers in the world today.”

And so it has transpired. Italy’s response to the migrant rescue ship, MV Aquarius, eerily evoked the Tampa and its captain’s plight. The charity ship, carrying some 629 African refugees, found all Italian ports closed to it under the express orders of Matteo Salvini, who has debuted in stormy fashion as Italy’s new deputy prime minister and minister for the interior.

Salvini had, at first instance, pressed Malta to accept the human cargo, but only got an offer of assistance with air evacuations. “The good God,” he bitterly surmised, “put Malta closer to Africa than Sicily.” The result was initial diplomatic inertia, followed by growing humanitarian crisis, and a Spanish offer to accept the vessel.

The situation clearly, as it did in the case of the Tampa, was calculated for maximum political bruising. One of Salvini’s many political hats is federal secretary of the populist Lega party, which capitalised, along with the Five Star Movement, on the shambles of Prime Minister Giuseppe Conte’s failure to form a government in May. The nature of that calculation was made clearer by the uneventful rescue of 937 refugees off the Libyan coast who were taken to Catania in Sicily by the Italian warship, the Diciotti on Tuesday. Little fuss arose from that engagement.

The target seemed to be the French-based non-governmental organisation SOS Méditerranée, who so happens to own the Aquarius. The implication here is the Salvini camp are none too pleased with those rescue organisations they accuse of feeding a people smuggling racket.

Again, this very sentiment accords with Australia’s manic obsession in breaking what is termed by all major parties to be a “market model” that ignores humanity for profit. In categorising such activity with an accountant’s sensibility, it becomes easier to dispose of the human subjects in a more cavalier manner.

The sentiments expressed by the newly emboldened Italian authorities do not merely speak volumes to a change of heart which, given the boatloads of irregular arrivals in the wake of Libya’s collapse in 2011, was bound to happen. They point to a disintegration of a common front regarding the rescue and processing of asylum seekers and refugees, a general fracturing of the European approach to a problem that has been all too disparate in responses.

Over the last few years, the number of arrivals fell but this has been occasioned by patchwork interventions by such countries as Greece, which has in its place a questionable agreement with Ankara to keep a lid on arrivals from Syria. Italy has much the same with Libya, courtesy of a 2017 memorandum of understanding hammered out by Marco Minniti ostensibly in the field of security and cooperation to stem illegal immigration. Salvini lay, in due course, in not-so-quiet incubation, becoming a vocal representative of a front suspicious of intentions in Brussels and northern European states.

Righteous France, fuming at Italy’s conduct, has done its bit to keep pathways to its territory with Italy shut. Ditto Austria. Other states such as Spain and Malta have preferred indifference, leading to the assertion by Salvini that his country has become the “refugee camp of Europe”.

For the interior minister, the Australian “stop the boats” mantra is something like a godsend, a note of clarity in the humanitarian murkiness. He has also admired the firm-fisted approach of Hungary’s Viktor Orbán, who supplied Salvini with ample electoral ammunition on the refugee crisis in Europe, not to mention those bleeding, yet stingy hearts in Brussels.

The Tampa platform has become something of an inspiration to a range of European politicians, be it Germany’ Minister of the Interior Horst Seehofer, and Austria’s Sebastian Kurz, not to mention Poland, Hungary, the Czech Republic, and Slovakia. They form a collective of hardening irritables who are taking the issue of regulating refugees away from the centralised assumptions of the EU polity.

The Italian government’s plans on the issue of irregular migration refocus interest in evaluating asylum applications in countries of origin or transit, stemming migrant flows at external borders, targeting international trafficking utilising the assistance of other EU states, and establishing (Australian politicians would delight in this) detention centres in all of Italy’s 20 regions. The standout feature here is abolishing the Dublin Regulation obliging countries on the border of the EU – and in this, Italy is most prone – to host arrivals.

Had the warnings and urgings of the previous Italian Prime Minister Paolo Gentiloni been heeded, notably on the sharing of the housing and processing burdens across other countries, the spectacle of a rebuffed Aquarius may well have been averted. EU complicity in this debacle is unquestionable and it is not merely refugees who need rescuing, but the European Project itself, which will require a Good Samaritan to storm in with vision and purpose. To save one may well save the other.