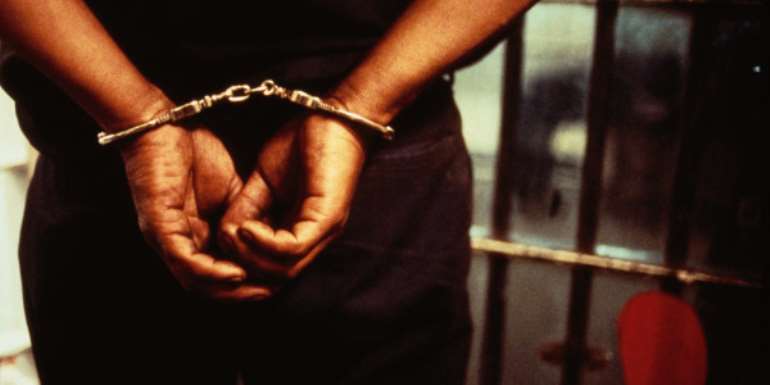 The two were last Friday cautioned, granted bail and were expected to report to the police on Monday, June 11, 2018 but they failed to do so.

The Nkoranza South Divisional Police Commander, Chief Superintendent John Ferguson Dzineku told Space 87.7FM,Sunyani that the conduct of the Headmasters amount to denying the girl her right to education which is contrary to provisions captured in the Children’s Act 560.

The Police boss explained that “preventing the child from writing the English paper which is one of the criteria for placement in Senior High School means you are denying her the opportunity to enjoy the Free SHS policy”.

“Administratively, the two Headmasters may be dealt with by the Ghana Education Service, (GES)”, he said and added that “the court has to discretion as to what sanction to apply in the matter”.

According to the police commander, on June 7, 2018, a female candidate in the just ended BECE from the M/A JHS in the municipality reported that she was sacked from the Examination Hall and prevented from writing her English paper by the Assistant Headmistress of the school, Timbila Esther with the support of the Headmaster, Mr. Osei Kwame.

The candidate said she was prevented from writing the examination because she could not pay GHc130 as Extra Classes fees, which according to her she did not attend.

Her second offence was, she did not pay GHc 36 for their Mock Examination, (two of which she was prevented from writing) and thirdly, failure to pay GHc 10 each for Processing fee and Parents Teacher Association,(PTA) dues respectively.

The Nkoranza South Municipal Director of Education, Mr. Sulley Alhassan, who sounded astonished, said when a candidate is registered, no one can sack the person from the examination hall and that the conduct of the two headmasters is unlawful.

“When a student registers as a candidate, you cannot stop them from writing the examination for any reason and every Headmaster is aware of this”, he said.

He added that all the fees demanded by the headmasters are illegal, explaining that the Director General of the GES has directed that if any school desires to do mock examination, they could use part of their capital grant or their assemblies should sponsor.

“The GES has explained to headmasters that if they wish to do mock examinations, they may use part of their capital grant or rely on sponsorship from their respective assemblies”, Mr. Alhassan said.

On the PTA dues, Mr. Alhassan said the minister of education, Dr, Matthew Opoku Prempeh, has categorically asked all schools not hold any student liable since it is an agreement between parents and the school. “I have repeatedly warned Headmasters not to hold any student responsible for the payment of PTA dues since it’s the parents’ obligation to pay not the student”, he told this reporter.

Section 8 of the Children’s Act 560 of 1998 states that, “no person shall deprive a child of access to education, immunisation, adequate diet, clothing, shelter, medical attention or any other thing required for his or her development”.

Meanwhile the Brong-Ahafo Regional Chairman of the Ghana National Association of Teachers, (GNAT), Mr. Michael Nsiah Agyapong, in an interview with Space FM, criticized the Head masters the of Nkoranza South M/A Junior High School for the treatment metted out to the BECE candidate.

The GNAT chairman said it is against the ethics of members of GNAT to punish students whose parents fail or refuse pay PTA dues. He therefore urged the parents of the candidate to take the Head teachers. According to Mr. Agyapong, the association would not tolerate such behaviors from its members.