Your Nation Failed To Protect You: Fare Thee Well, Stacy! 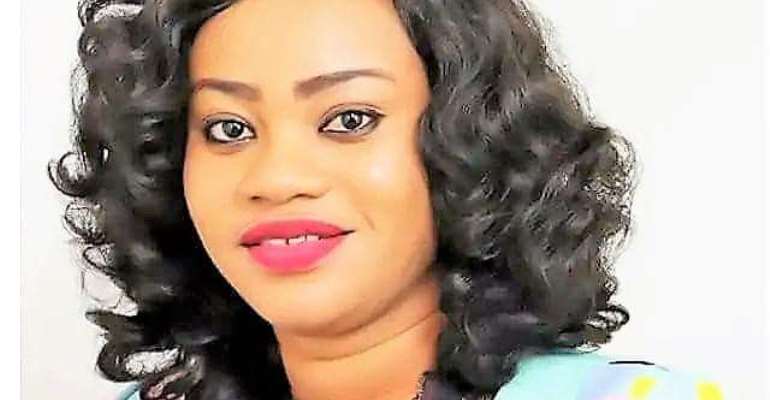 On Wednesday, 23rd May, 2018, I had gone to Ghana Institute of Management and Public Administration [GIMPA] to go through registration process for my Masters Program in International Relations and Diplomacy; and because I pursued a certificate program in this very field of study early this year, I am known to the lecturers.

I had just parked at the School of Public Service and Governance upon arrival on GIMPA campus, when Dr Lord Mawuko-Yevuga, the head of Head of Pubic Management and International Relations, approached and inquired of me, what must have caused the death of Stacy”.

Dr. Mawuko-Yevugah then went on to tell me Stacy just finished her exams at GIMPA which incidentally was a subject taught by him, on a couple of days earlier. I finished with what I had gone to do at GIMPA and returned to office to find out more about Stacy, and it was then that I discovered she was the deputy CEO of National Entrepreneurship Innovative Programme [NEIP] but circumstances surrounding her death were not clear to me until I listened to today’s edition of ‘[email protected]’.

In the report, it was revealed that “Stacy Offei-Darko had gone there to relax but was given an injection which went wrong and ultimately resulted in her demise”. “Her body was embalmed and sent to the morgue even before her family got to know” the report stated.

Now, in professional medical practice, before a surgical procedure is performed on a patient, a next-of-kin must append a signature to an agreement; and this person must be informed whenever something goes wrong before, during or after the procedure. So from what happened, it was pretty obvious ‘Dr’ Obeng did not adhere to this fundamental medical ethic.

Now, in the year 2013, Joy-FM carried out an investigative showpiece into activities of OBENFO HOSPITAL, situated at Weija-junction, here in the nation’s capital Accra. That investigative work revealed that ‘Dr’ Obeng, the owner of this medical facility who was performing ‘plastic’ surgeries on women, actually had only a 2-week training in that field in America, and therefore is did not qualify, nor, has the license to operate as such. This revelation came to light as far back as 5years ago!!

Recently, a medical doctor in America by name Larry Nassar was sentenced to 60years for ‘child pornographic crimes” on Thursday 7th December, 2017 at Grand Rapids, Michigan. In addition to that, he was sentenced to “370years in January, this year, after pleading guilty for using his hands to molest girls at his campus office, his home and at a gymnastic club near Lansing, Michigan, sometimes with parents in the room”.

After Dr. Nassar sentencing, the victims instituted a suit against Michigan State University, his employers, for negligence and the case has just been settled, out of court, in a $500m payment to the victims.

Unrepentantly, I have always, and openly, lashed out at the way we conduct ourselves here in Africa. Now, the ‘[email protected],today, stated that “Ghana medical and Dental Council says ‘Dr’ Obeng has no license to operate and therefore anyone who goes to his hospital to seek medical care does so at his/her own risk”; and I believe this is the most foolish statement that can ever come from such a highly professional and matchlessly noble body.

A professional body, after withdrawing his license, should have gone further to liaise with the security agencies to ensure total closure of his facility.

Similarly, the security agencies, who cannot claim to have been oblivious to all this mess, should have acted by arresting ‘Dr’ Obeng, preferred charges against him and have him prosecuted.

As a matter of fact, that investigative work done by Joy-FM into activities of ‘Dr’ Obeng-Andoh actually uncovered many incidents where women had been subjected to botched surgical procedures which had resulted in deaths in some cases, while others suffered grievous body disfigurements.

In all that, not a single case of charge was brought against him. But characteristic of our dead-conscience being pricked, only, when the rich and famous is affected, I hear the State has now preferred a charge of HOMICIDE against ‘Dr’ Obeng. IF HE HAD NO LICENSE, THEN, WHY WAS HE CONDUCTING BUSINESS IN THE FULL GLARE OF OUR LAW-ENFORECMENT AGENCIES?

Personally, I always pray to God for His divine protection as a set on my daily schedule since we live in a society where laws do not bite because those paid to ensure this happens, are often asleep.