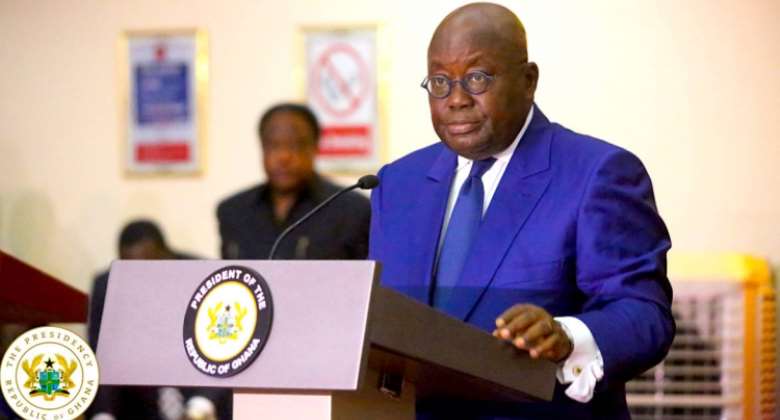 In 2001, the then President Kufuor famously said, “the workers pretend to work and we pretend to pay them.” I have since been going to Ghana every year and in spite of various changes in state administration, the pretence still continues.

I have just received a video clip about police brutality in our country that has apparently gone viral and is being viewed by millions across the globe.

Mr President, we cannot continue to lecture the world about our democratic credentials as a country and still showcase these barbaric acts to the world. It is called hypocrisy, as our Lord Jesus Christ often labelled the Pharisees of His time. We have to do something about our security institutions, particularly, the police. They are a total disgrace to every value we stand for as a people.

Education
During my recent holiday in Ghana, four things in particular, education, policing, health and the environment convinced me that we are still pretending to develop as a nation, while throwing billions into the Atlantic Ocean, deceiving ourselves that we are making progress as a nation.

In the education sector, the fact that a vast majority of the children not only in the rural areas, but also in the urban centres, are going through the motions and getting absolutely nothing out of education in terms of reading, writing and arithmetic (the proverbial 3Rs) is most worrying. This phenomenon which should have been obvious by now to everyone concerned with the education system goes all the way to the now mushrooming tertiary sector. If anyone is in doubt, all they need to do is to go on the sections of social media where our students frequent, or even pick a student dissertation at random, from a university library and read it!

I made it my business in the Central Region to visit two new community secondary schools at random. In one town, I learnt that the Ghana education service has dumped 1200 students in a school that has 700 desks and tables. In the other, there are 1180 students with 650 tables and chairs. Those students who care to receive some kind of education either sit on the floor or on blocks, to strain to listen to overburdened teachers. If an English teacher has 60 students in his class, how many composition exercises can he give and grade in a term? How about mathematics, physics, history, biology or any other subject? This phenomenon is apparently nationwide, affecting the traditional secondary schools as well. Headteachers have been warned not to discuss this matter and for fear of their jobs and pensions, are keeping mute.

Meanwhile, those who by whatever means are able to find the money, are sending their wards to schools in Europe and North America and they will come back someday to Ghana, to be our ministers and MPs with phoney, contrived ascents. Whom are we pretending to deceive?

The Police
Even in this day and age when misdemeanours can be captured live on mobile telephones, Ghanaian policemen and women still brazenly demand bribes from commercial vehicle drivers and others. And the reason they do it with such impunity is because they know that nothing will happen to them, even though we claim to be fighting corruption.

Travelling from Accra to the Central Region at night, we came across numerous police road blocks and at each one of them, it was the same story, “driver, where are you coming from, with all these suitcases?” “Accra Airport.” “Oh no…, OK, drive on.” As we moved from the spot, the driver would say, “they have lost two cedis, they are not sure who you are.”

When you travel on any of our urban roads, transport police personnel stop dilapidated vehicles loaded to the brim, some with no spare tires and many without insurance cover. But the police are not interested in the safety or security of their passengers, they are only interested in their two-cedi bribe. I am sure the Inspector General of Police knows about this and so does the Minister of Interior. But is that really their business? Meanwhile, they attend every relevant international convention in their respective areas at the expense of the poor taxpayer whose life has been made so cheap by the people the pretend to supervise.

Health
The rather laudable National Health Insurance system that was introduced by the erstwhile Kufuor government was brought onto its knees by the two governments that followed it and is still floundering. My friends who run a health facility had not been paid for years when I visited in 2016. During, my last visit, I learnt that there had been an attempt to clear the backlog, but were still owed huge sums of money in services they had provided earlier.

As a result, the (P)NDC “cash and carry” system is very much in vogue in many parts of the country and there is only a feeble attempt to tackle it because those who should do so have their health needs secured in the national budget; they fly out of the country for treatment for piles and constipation!

The nurses and doctors are demigods. On a visit to a relative at one of the major hospitals, I could not believe how much relatives have to do for sick patients on admission. Patients have to provide their own food, bedding and, in most cases, that means cover cloth from home. They bring germs to the hospital and return home with millions more. Of course, the fact remains that what little the state provides by way of bedding and night ware is stolen as quickly as it is deposited in the hospitals.

The environment
Ghana’s natural environment has been and continues to be very badly degraded by irresponsible environmental and there is a price to pay, except that ultimately, it is the poor who pay the heavy price for our national carelessness.

I believe that there is still a unit within the Ministry of Environment, Science and Technology and the district council and municipal authorities responsible for inspecting homes, businesses and markets (old ‘Tankass’) for their levels of cleanliness. I am almost certain that their officers receive their remunerations every month without putting any effort at their work. Citizens throw garbage anywhere and anyhow, while the residents of our coastal towns do their morning and evening “business” on the beaches.

If we do not find a way of bringing back the old paper bags for grocery and other shopping, in about ten years from now, planting flowers and vegetables in many parts of Ghana will be next to impossible. The non-biodegradable black polythene bag is gradually taking over the top soil in many parts of Ghana. Much of what is dumped all over the place ends up at the beaches and ultimately, in the sea where fish swallow them and because they cannot be digested, the poor creatures die of suffocation. That also means decrease in fish stocks in our fishing grounds for a country that is already deficient in proteins.

The devastation by “galamsey” is all too glaring from the air. As the plane takes off or begins to land, a child can just take one look at the landscape and predict which place is Konongo, Obuasi, Akwatia, Tarkwa, Bogoso, Aboso, and so on. The coknrtast with our neighbours is pretty stark indeed.

Where are the people that are paid, perhaps overpaid, to manage the affairs of Oman Ghana? We have pretended for long enough, we need to come down to earth, or is the solution the sale to Donald Trump’s America? As my people say, “did we go or did we come?”