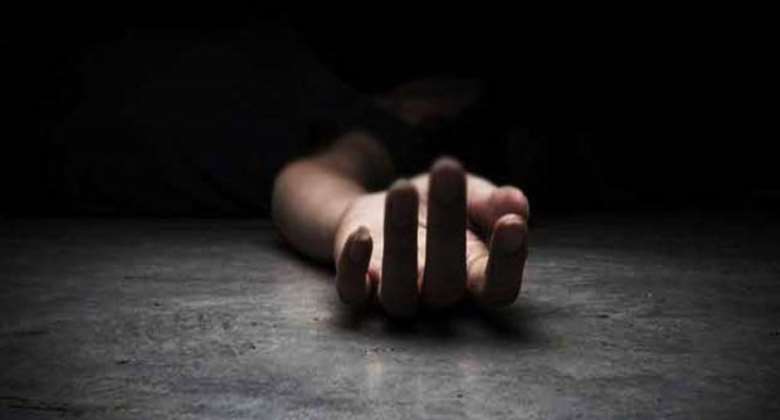 Kelvin Quist Agbenyega, a 29-year-old unemployed man, is currently in the grips of the police for allegedly butchering his father to death at Okorase in the Akropong North Municipality of the Eastern Region.

Emmanuel De Graft Quist Agbenyega, whose body has been deposited at the morgue pending autopsy, was a retired accountant.

Family sources told DAILY GUIDE that the suspect dropped out of the Pentecost Senior High School (SHS) as a result of his poor academic performance.

The sources claimed he had been accusing his father of not supporting him to secure a job after his education got terminated.

According to the sources, an argument ensued between the suspect and his father on Monday, but it is unclear what triggered the misunderstanding.

The suspect allegedly took the cutlass used by his father to pluck some coconuts and rushed on him in one of the uncompleted rooms in the house and purportedly inflicted wounds on his back and neck, killing him instantly.

Quist Agbenyega's mother and a neighbor, who sensed danger during the scuffle, rushed to the police station to report the incident.

But Mr Emmanuel De Graft Quist Agbenyega was found dead with blood oozing from his head upon their return. Kelvin was subsequently nabbed.

DAILY GUIDE learnt that Kelvin on numerous occasions threatened to kill his late father, but the matter was settled at home instead of reporting it to the police.

As at the time of filing this report, police source hinted that investigation had been instituted into the matter and that the suspect would be arraigned before court for prosecution.

'We will stand united to oppose e-levy' – Haruna Iddrisu but...
5 minutes ago