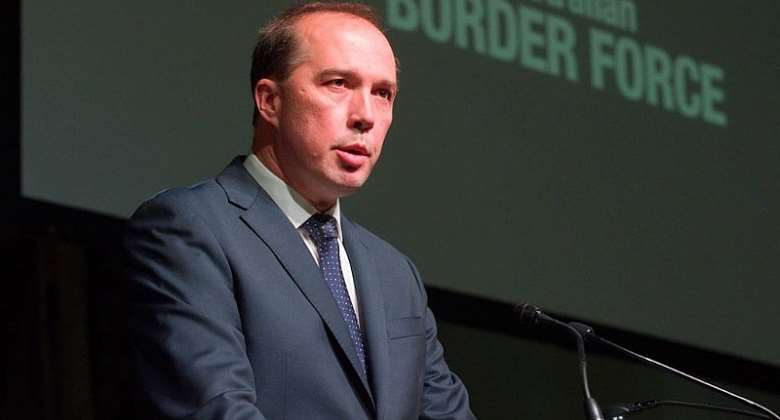 It has been the great misfit Australian policy since the 1990s: a refugee and immigration policy that shows itself to be scrupulously fair, calculable and clean. Nothing shall be permitted to sully this presumption. Even as refugees and asylum seekers gather dampness, decay and depression in Pacific camps, the Australian immigration policy shall remain, like Caesar’s wife, above reproach.

The comments of Australia’s Peter Dutton who resembles, with each passing day, a plumed and emboldened commissar, have given political figures pause for thought. Openly, and without reservation, the Home Affairs Minister decided to bank for a particular racial group in the immigration stakes, namely those poor oppressed white farmers of South Africa.

This goes against the policy of ethnic caution and racial neutrality, albeit ensconced behind the customary prejudices typical of all stances on immigration. Here was the most direct expression of race and culture as twin categories.

Dutton preferred the language of “special attention” for specifically white South African farmers suffering what he deemed to be “horrific circumstances”. He spoke of damning footage and lurid stories. They, he explained, needed protection from a “civilised country”. South African farmers would be a good fit in Australia, integrating (note the stab against certain refugees) and avoiding the welfare rolls. Perversely enough, the mantle of guardianship – that of Afrikaners overseeing the civilising mission in South Africa – seemed to have moved to the confused Dutton.

As a key proponent of apartheid, the South African prime minister Hendrik Verwoerd, would enunciate in February 1960, it was the white men who were “the people… who brought civilisation here, who made possible the present development of black nationalisation by bringing the natives education, by showing them the Western way of life, by bringing Africa industry and development, by inspiring them with the ideals which Western civilisation has developed for itself.”

Dutton’s remarks fell on the ears of the furious. Ian Rijsdijk of the University of Cape Town’s Media Studies Centre found the remarks “incredibly retrograde.” “The majority African population regard a reference to civilisation,” piped South African advocate Tembeka Ngcukaitobi, “as an insult.”

Spokesman for South Africa’s Foreign Ministry, Ndivhuwo Mabaya, claimed in a statement that, “There was no reason for any Government anywhere in the world to suspect that any South African is in danger from their own democratically elected Government. That threat simply does not exist.”

In fairness, the minister’s intervention had already been forecast by party machinations at the state level some months prior. The West Australian Liberal Party had chewed over the issue of those colonial hangovers in South Africa and Zimbabwe in discussions in 2017. A resolution at the party’s state council meeting last year called upon the federal government to “resettle persecuted European minorities” from those benighted states.

Not far from such considerations was the influence of South African expatriates in various seats, making their defenders sound much like advertisers pushing a flawed product. Ian Goodenough, a WA Liberal representing the federal seat of Moore, opined to the ABC that, “Violence and suffering affects all people universally.” (This affected nonsense only extends to particular communities in such racial politics – violence is universal, but politics is particular.) “Given our close connections to the South African community, consideration should be given to providing a quota of places.”

On March 15, the MP tweeted that “favourable consideration” be granted to “South Africans fleeing persecution who share our values and will integrate into Australian society.” This was humanitarianism, washed marble and cultural white, with a handy number of additions to Australia’s conservative voting bloc.

Other conservatives decided to vent their fury at reports about violence against white farmers, sometimes careful to avoid racial tags and labels. The sense behind such anger was undeniably strategic: the Coalition government is stuttering in the polls, and Prime Minister Malcolm Turnbull is looking for easy fodder. To that end, Andrew Hastie expressed “outrage” and pressed Alan Tudge, Minister for Citizenship and Multicultural Affairs, to visit his own seat of Canning.

The reasoning there, like that of a calculating Goodenough, was placating, keeping and even gathering more conservative South African votes, a hoovering exercise of a local member thinking of the next election and whether he will survive the voter’s chop. Dutton, claimed Hastie, was “going to hear from concerned citizens and expats about what is happening in South Africa.”

Queensland Liberal MP Andrew Laming has also gotten on the electoral stage to claim that he “called out South African politicians for their do-nothing approach to vicious attacks on farmers”. He suggested that Dutton was merely asking his department “to monitor and consider our offshore humanitarian program”.

This is not to suggest that the world of South Africa, in its post-apartheid torment, is not afflicted. Crime and land redistribution remain enduring social headaches, though the new South African president Cyril Ramaphosa has told Parliament that “land grabs” would be intolerable, instancing moments of “anarchy”. That said, the ownership of agricultural land in South Africa – with white South Africans having 72 percent of the portion despite making up some 8 percent of the country’s population, is an invidious formula.

The country’s politics is troubled, best exemplified by the presidential strife of the now departed Jacob Zuma. But the hot-and-bothered gamesmanship of Dutton also ignores the role played by invigorated democratic health in South Africa itself – the movement against Zuma being evidence of it. A civil society collective of investigative journalists, judicial officers, even police, were vital in showing that the Republic of South Africa, far being sworn enemies of civilisation, are its vigilant defenders.

Dutton’s ploy is preferential, cultural and obvious, an embrace of colonial, property owning elites who have fallen on hard times. His idea of civilisation, quite literally coloured, is inimical to democracy. His adoration for the South African farmer has also had a confessional effect: behind the veneer of decent immigration policies will always be indecent preferences.