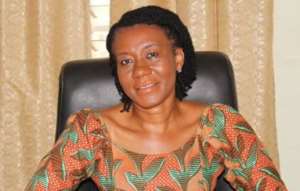 The National Population Council wants government to incentivize small families as a means of managing the country's fast growing population.

The Council believes the population structure ought to be configured in a manner that the consuming population does not outweigh the producing population.

Speaking to Citi News in response to reports that Ghana's population had hit 29.6 million , Executive Director of the National Population Council, Dr. Leticia Appiah, said Ghana ought to emulate other developed countries in population management.

“In India for instance, they are trying to delay time of delivery during marriage. So they are incentivizing that. So if you marry, and you have your first child after three years, there is a package for you. So then if you [Ghana] also have a higher dependent rate, then you [government] have to incentivize small family size. You have to make small family size attractive and a norm,” she added.

Ghana's population hits 29.6m
A Chief Statistician with the Ghana Statistical Service, David Kombat has disclosed that Ghana's population is now estimated at 29.6 million up from the 24.5 million recorded during the 2010 Population and Housing Census.

Ghana's population has grown by more than 23 million people when the population was estimated at less than six million at independence in 1957.

Other indicators from the United Nation's World Population Review Report (2017) estimated that life expectancy for females in Ghana is 64.

Ghana’s next population and housing census in expected in the year 2020, after the previous one that took place in 2010.

The representative of the United Nations Secretary-General in West Africa and the Sahel, Dr. Mohammed Ibn Chambas, recently urged African leaders to place a lot more focus on the management of the rate of increase in the population of their countries as it could negatively affect their economic growth.

According to Dr. Ibn Chambas, despite the potential of a large population size to translate into significant economic growth as had been seen in countries like China and India, it was imperative for African countries to control the recent “demographic explosion” that the continent was experiencing.