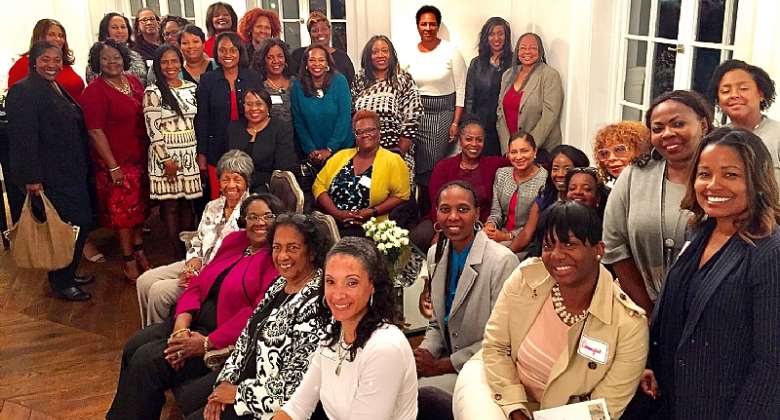 Times are humbling, and I cannot tell whether the coming of the Lord is nigh. The scriptures warn of wickedness in the last days. What we aren’t warned of is how we are each going to die. Ebony, was rich in words, she was a word nerd who made malapropism her lyrical friend and ambiguity her moral escape. What a gem she was at 20. May her soul rest in peace.

The death of Ebony and the other young girl in the car caused me to think about some ladies who made the headlines in recent times. Last time, my auntie showed me a video of a head teacher of a basic school 'in the act' with a lady. And the beautiful lady who was dangling with ecstasy in the video groaned with gestures 'asking for more'. There have been different reports on the lady's age. While some say she is 16 years, others including her mother say she is 20. But you and I too were not there to calculate someone's age. The one thing that bears no arithmetic quandary is that the girl is old in the act. The girl who could bend her body at about 45 degrees on a stool was no small girl. Indeed, the depth of certain experiences defy numbers.

Also, the creativity of the partners deserves an Oscar Nomination. Thanks to the sex tape, we know that kitchen stool is convertible to a bed for exploits.

When scandalous tapes of the powerful leak, we handle them differently from when the victims are poor. That is the trend in the media, both traditional and Social Media. I pity this lady whose family doesn't have money to pull down the nasty tape from YouTube and other video-enabled social media sites.

I am filled with so many questions even though I am not renowned for morality. I am at sea that a parent would consent to her child trading her body for money, I am wondering how common this phenomenon is among the poor.

I watched the mother of the lady and the wife of the man jumped to the defence of their loved ones. Granted that the two women were well to do, what would be the tone of their reactions? I can guess that the girl's mother would have caused the arrest of the head teacher as his gestures in the video suggest he video-taped what would have been a secret 'sweet mistake'. But whatever shame that may have harmed the lady, Ebony left a line in Maame Hw3 for ladies like her: "a young girl like me shouldn’t be caught with an old school fool".

One can imagine the trouble a virgin man or a '5 minutes-man' will have in bed with such a lady. Which man will be brave enough to marry this lady some day? In this day and age that the media is replete with lunatic relationship counsellors urging ladies to date multiple men, let's begin to ask ourselves how our sisters, daughters and future wives lead their lives. Are they also on kitchen stools or they do worse than we watched in the said tape? It is interesting to know that some young ladies find stools more indulging than their students' mattresses.

All of this notwithstanding, I am sure this young lady has come to do good to many marriages that may be having a boring sex life and many wives now know the threat young ladies pose to their marriage, if they failed to be 'creative' in bed. That's the spice of kitchen stools.

Our world is sitting on a time bomb as society cares more about money and English-rattling education than moral values that build healthy societies.

So you see a so-called feminist who accuses her husband of cheating, leaves the relationship and turned around to date someone else' husband. And some who only need children, get the children and realize out of the blue that they need 'happiness'. While they fail to acknowledge that their parents didn't make them happy all the time, let alone their bosses at the work place.

And others though singles, are would-be divorcees ―these are the ones in a desperate adventure looking for tools to convert kitchen stools to swivel chairs. They pray for the right to turn kitchens into board rooms in order to advance so-called feminist arguments instead of feeding their families with proceeds from the kitchen. 'Home sense' can be expensive to even mathematics professors who are known to acquire so much logical reasoning. So let's all stop pretending feminists are a new kind of change agents with a cutting-edge knowledge that will make this world a better place.

Convenient feminism is destroying some women who do not understand that their actions do not only hurt men but turn to hurt themselves. Some women think they ought to evangelize every woman into a rabble-rousing feminists of the extreme sort. What they fail to observe is that, many men now have feministic instincts. I am yet to see a man who has a daughter and or a sister and wishes such to be confined to being a house wife. Many of us want to see our female loved ones, be it relatives or partners, attain great heights. And that in itself, is feminism.

Unless gender equality lecturers can prove me wrong, I know feminism is not all about arguing family roles with your spouse or boyfriend. At least, Esther in the Bible, Yaa Asantewaa and even the former BBC China editor who recently resigned in advocating for equal pay at the BBC are not revered for refusing to care for their homes. Yet, these are feminists in their own rights! The Virtuous woman in Proverbs 31 is not a house wife, she is a business woman who made time to prepare meal for her husband. Just read your bible.

Women ought to know that their soft power alone is enough to change the world: in fact, ladies already run this world. So the barking neither helps them nor the men. A woman who is caring, faithful and 'submissive' will win the battle over the man in so many ways. Today's men are not so insane that they wouldn't help in managing the home. I know many men who help their wives in handling some home chores. And many more men understand that these chores can be quite draining. You can be the chief justice of Nkrumah's Africa or be the Archbishop of a mega church but still get food for your household; just like the virtuous merchant in Proverbs 31.

...I hope someone will not call me stupid? And definitely, it wouldn’t land us into 'Bukom Banku Boxing', unless it's in memory of Ebony Reigns! May her dancing soul rest in peace. Amen.