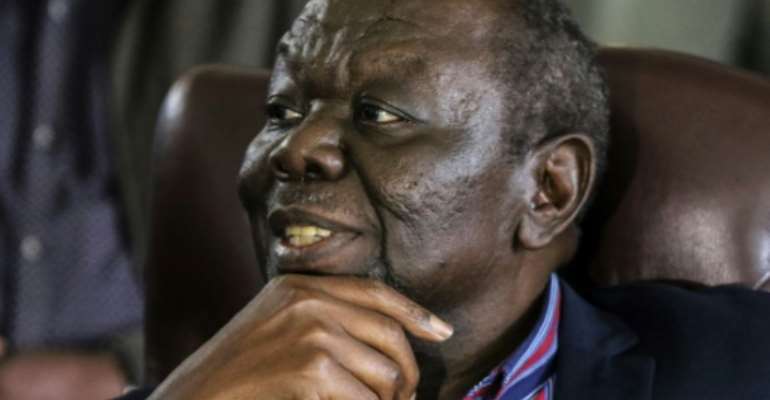 Zimbabwe's main opposition was embroiled in a power struggle on Friday over who is in charge of the party months before key elections, as leader Morgan Tsvangirai receives cancer treatment in hospital.

Two vice presidents of the Movement for Democratic Change (MDC) party clashed openly over who is acting leader while Tsvangirai undergoes chemotherapy in neighbouring South Africa.

Both Nelson Chamisa, 40, and Elias Mudzuri, 60, have claimed on social media to be in charge as the party prepares to take on the ruling ZANU-PF in the first polls since Robert Mugabe's fall.

"It is only the acting president who has the authority to talk to him (Tsvangirai) and act on his behalf, it is myself and no one else," Mudzuri told South African television.

"People must respect authority as given by my president and make sure they work towards bringing hope to Zimbabweans and winning the 2018 elections."

A senior MDC official from Chamisa's camp, who asked not to be named, told AFP that Mudzuri was "fraudulent", and that Chamisa was the party's current leader.

Tsvangirai's spokesman, Luke Tamborinyoka on Thursday described the "stampede in the cockpit" as "needless and unnecessary".

President Emmerson Mnangagwa, a ZANU-PF veteran, has said that elections would be held before July.

Under Mugabe, who ruled since 1980, elections were marred by vote-rigging, intimidation and violent suppression of the opposition.