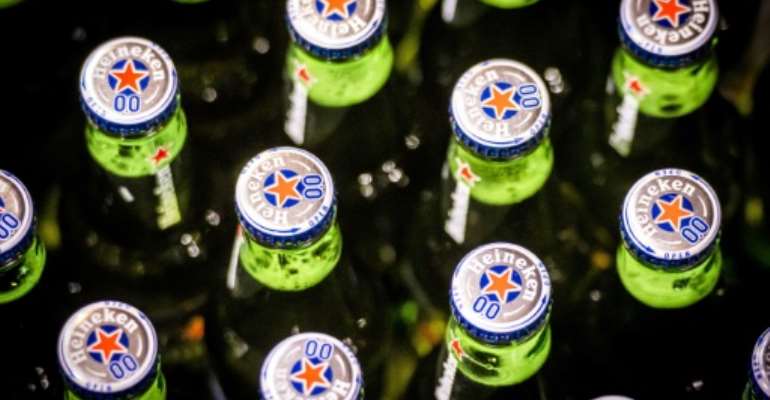 Previous research had identified excessive drinking as a major risk factor for contracting both TB and HIV/AIDS, the groups said.

"However, we respectfully point out the dangers inherent in partnerships with the producers and marketers of hazardous products such as alcohol."

The letter -- signed by the heads of drug and alcohol campaign group IOGT International, the disease-prevention lobby group NCD Alliance, and the Global Alcohol Policy Alliance -- called for the Global Fund "to immediately end this partnership."

A 2017 report from UNAIDS concluded that "harmful use of alcohol increases risk to a range of communicable and noncommunicable diseases, including HIV."

Heavy drinking has also been shown to hasten disease progression in HIV patients.

"Partnerships with the alcohol industry are laden with inherent conflicts of interest," the open letter cautioned.

"New @GlobalFund @Heineken partnership serves only to legitimise destructive action by #alcohol #industry," the NCD Alliance added in a tweet.

The Global Fund said it had fully vetted the Heineken partnership, and the beer maker was well positioned to advance the fight against HIV, TB and malaria in Africa.

The partnership has already started work in the Democratic Republic of Congo, South Africa and Nigeria, he told AFP.

Heineken, which earned global revenues of $20 billion (16 billion euros) in 2016, did not comment on the open letter.

Founded in 2002, the Geneva-based Global Fund is a partnership between governments, civil society, the private sector, and patients.

All but five percent of funding comes from donor governments. Private foundations and the private sector account for the rest.