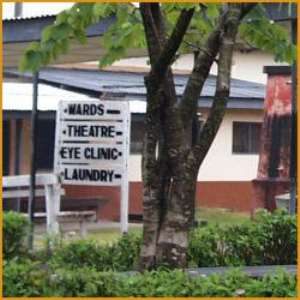 "The government is spending a lot of money in taking care of the mental patients, surprisingly majority of patients at the Accra psychiatric hospital are farmers and fishermen, if we continue to lose our farmers in mental illness this country will go hungry one day."

The deputy director of nursing at the Accra psychiatric hospital, Mr. David Maculey said this during the launch of Psycho-Health Foundation International Club at O'Reilly secondary school under the motto "Eradicating drug abuse and initiating good psycho-health among students" in Accra.

He said it is very important to encourage community mental health care in order to reduce the high amount of money the government spends to feed a lot of mental patients in our mental health institutions and the stigma attached to mental illness will also be minimized. Adding, "This will go a long way to help promote good mental health in Ghana".

He said the club is a non-governmental organization working closely with the Ghana psychiatric nurses association, with the aim of promoting good mental health and carrying out educational campaigns especially in the second cycle institutions through out the country to supplement the effort of the health services.

According to Mr. Maculey, who is also the chairman for the NGO the programme is aimed at the youth due to the increasing rate at which mental cases are being reported among the youth at the hospital. " The youth are our future leaders, when they are fed with the right information at an early stage it helps to mould their character" he added.

He said the use of illegal drugs and crime go hand in hand, drug users will do anything to obtain enough drugs to satisfy the habit thereby involving themselves in theft, drug peddling, prostitution, armed robbery. "Every young person has plans and goals as he grows up. Abusing drugs could destroy these aspiration," he advised.

Mr. Maculey stated his displeasure about the way society stigmatizes people with mental illness, adding that the head plays a very important role that it cannot be changed. "If you have a beautiful body and the head is bad, your whole being is bad".

A 15 member executive of the mental health club of O'Reilly Secondary School were sworn in during the launch to formally introduce the club to second cycle institutions.

The first president of the club, Charles Mensah said the target is to see to it that it is spread all over the country, to create awareness of the dangers of using hard drugs.

He appealed to all organisations interested in seeing the vision of the club materialize to help them with logistics and materials to facilitate their work so that money spent on mental patients are channeled to the development of education.

He said the school is proud to be the first educational institute to associate itself with the psychiatric hospital. Adding, " Many clubs have sprang up only to collapse, but we will make sure that this club lives to see its vision materialized".

The headmistress of the school, Mrs. Jane Chinebua, noted that society seems to sympathize with people with mental illness but do not accept them in the midst. " The launch of the club will help to educate the people and with some knowledge help to eradicate the disease" she added.