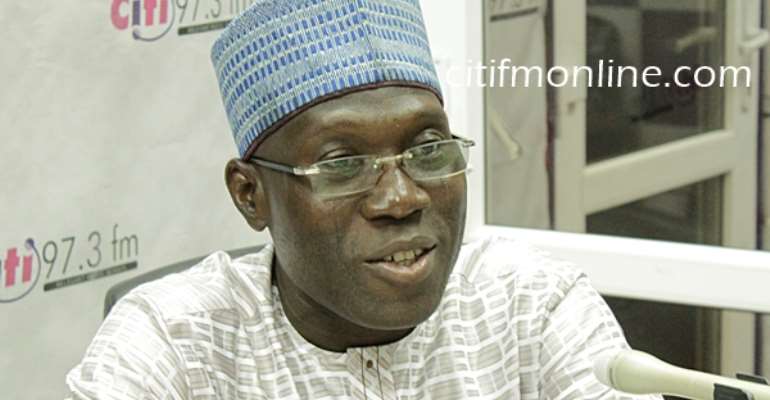 National Democratic Congress [NDC] Member of Parliament for the Tamale Central Constituency, Inusah Fuseini, has welcomed the nomination of Martin Amidu by President Akufo-Addo as the Special Prosecutor, describing the announcement as a “refreshing news”.

Martin Amidu, a member of the NDC and a former Attorney General, was named as the Special Prosecuto r by the President today, Thursday, January 11, 2018.

He is expected to be vetted and approved by Parliament in the coming days. 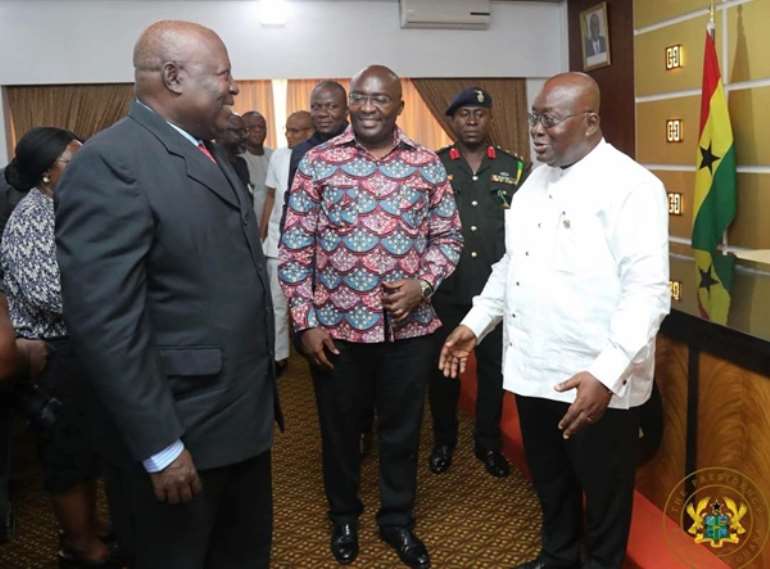 Expressing his views on the nomination on Eyewitness News, Inusah Fuseini said Mr. Amidu has shown that he has the competence and integrity to occupy such an office.

“I think that it is a refreshing news in 2018. It appears to me that the 2018 appointment of Martin Amidu clearly shows that Nana Akufo-Addo might want to change the course and look at an all-inclusive government.”

“Martin Amidu has also distinguished himself and has shown that he is beyond control and that is a plus for him. I have no doubt in my mind that if he gets the approval from Parliament he will not look at one side. He will look at both sides and will pursue corruption as it ought to be pursued,” he added.

Martin Amidu fights NDC
Mr. Amidu, although a member of the NDC, was an avid critic of his party especially during the 2016 election, where he wrote some disparaging articles against then NDC government led by John Dramani Mahama, because in his view, they were corrupt.

This led to some friction between Mr. Amidu and some members of the NDC. 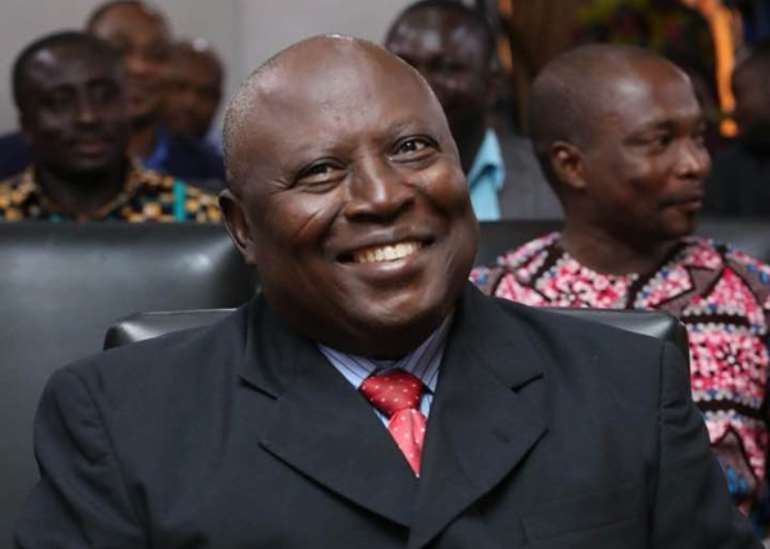 But Inusah Fuseini said Mr. Amidu's seeming dislike for some members of the NDC should not affect his neutrality in any way.

“Although there is a professed hatred or dislike from some members of the NDC, that should not be an impediment, that clearly should edge him on to look at the issue of fighting corruption without political lenses and fight corruption as it ought to be fought,” the Tamale Central MP added.

The Office of the Special Prosecutor marks the fulfillment of a major campaign promise of Nana Akufo-Addo in the run-up to the 2016 elections aimed at fighting corruption.

But members of the opposition NDC had complained that the office cannot be independent if the Special Prosecutor was going to be a loyalist of the NPP.

The President in announcing the name, said he received the nomination from the Attorney General Sophia Akuffo, and has accepted the nominee, whose name will be forwarded to Parliament for approval when the House reconvenes from recess.

“The Attorney General is by a letter dated to me Thursday 11th January 2018 addressed to me exercised her power of nomination and submitted to me for my acceptance the name of the proposed special prosecutor. I have accepted the Attorney General's nomination and will in turn submit for Parliament's approval when it reconvenes on 23rd of January 2018 for its first meeting of this New Year the name of Martin Alamisi Benz Kaiser Amidu to be the first Special Prosecutor under the law,” he said.

The President noted that, Mr. Amidu has the requisite integrity and independence of character to occupy such challenging office.

“I have done so because I am fully convinced that Mr. Martin Amidu, a prominent legal personality who held the high office of the Attorney General of the Republic in the government of the late President John Evans Attah Mills has the requisite integrity, competence, courage and independence of character to discharge effectively the responsibilities of this office.”

More About Martin Amidu
Martin A. B. K. Amidu was the Attorney-General and Minister for Justice from January 2011 till January 2012 under the late President John Evans Atta-Mills.

Amidu, a member of the NDC, served as the Deputy Attorney-General for about the last four years of the Provisional National Defence Council military government.

After civilian rule was established in the Fourth Republic in January 1993, he continued to serve in the government of Jerry Rawlings as Deputy Attorney-General. This he did for both terms lasting eight years until January 2001.

In the December 2000 presidential elections, he stood as the running mate of John Atta Mills. They both however lost to President John Kufuor that year.

In January 2010, following a cabinet reshuffle, President Mills replaced Cletus Avoka with Martin Amidu as the Minister for Interior. As Amidu is a Builsa, some people raised questions as to his neutrality in dealing with the Bawku conflict. He however went successfully through vetting by the Parliament of Ghana and has since assumed his post.

Following the second major cabinet reshuffle by President Mills, Amidu became the Attorney general and Minister for Justice of Ghana.

Removal from Office
Martin Amidu was relieved of his post on Thursday January 19, 2012, by President John Evans Atta Mills under circumstances described by aids as 'his misconduct' at a meeting chaired by the president at the Osu Castle on January 18, 2012.

He made allegations relating to alleged financial impropriety on the part of another cabinet minister, allegations he was asked by the president to substantiate.

Martin Amidu, the former Attorney General, single-handedly challenged the legality of the payments after being relieved off his post at the Supreme Court. The Supreme Court in 2014 ordered Mr. Woyome to pay back the money as Supreme Court judges unanimously granted the Attorney-General clearance to execute the court's judgment, ordering Mr. Woyome to refund the cash to the state.

Following the delays in retrieving the money, Mr. Amidu in 2016, filed an application at the Supreme Court seeking to examine Alfred Woyome, on how he would pay back the money, after the Attorney General's office under the Mahama Administration, led by the former Minister for Justice, Marietta Brew Appiah-Oppong, discontinued a similar application.

In February 2017 however, Mr. Amidu withdrew his suit seeking an oral examination, explaining that the change of government under the New Patriotic Party under His Excellency the President, Nana Addo Dankwah Akuffo Addo and his Attorney General, Miss Gloria Akuffo's assurance to retrieve all judgment debts wrongfully paid to individuals Mr. Woyome in response prayed the Supreme Court to stay proceedings on the oral examination since he had filed for a review on the case.