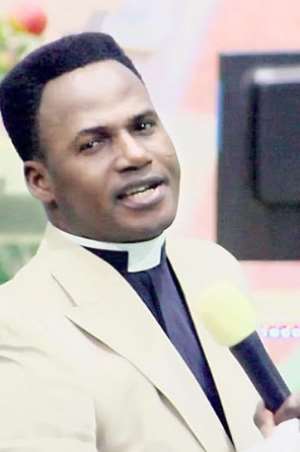 According to him, politicians who find themselves in positions of authority always fail to embrace change hence, creating a nation that continues to stagger without any future.

Apostle Francis Amoako Attah was speaking in an interview during the church’s 31st night service when he indicated that change is an important tool in Ghana’s development in 2018.

He maintained that the onus lies on the President, Nana Addo Danquah Akufo-Addo to effect change in his government and ensure that all non-performing ministers are changed for others to lead.

“We, the people knew change is the best option for us to see development so we ensured change in 2016 during the elections. The same way we are expecting change in the way government and the affairs of the state is run so there must be constant change.”

He also pointed out that, the continuous stay of non-performing ministers in their various areas of responsibilities will bring about unproductivity and doom for the nation.

The Apostle indicated that all organizations, likewise governments, experience periods of much-needed change in order to achieve the results they need to grow, compete and win.

“Changing or improving the culture of a company or team requires focus, accountability and consistency. And it must be led from the top. Without total and complete acceptance from the senior leadership team for that change, the desired progress will fail to be achieved,” he said.

According to him leaders must be honest and sincere in their effort exhibiting true passion for change and that they must take aggressive strides in mastering the effectiveness of change in their various portfolios.

“It is unfortunate that here in Ghana our politicians don’t want to embrace change. When they are put in positions and they think they are comfortable, they forget to look down on the suffering masses. It is not like that in America. Look at Donald Trump; he will sack you if you are not performing. Our president must rise up. 2018 must be a year of progress and that will be achieved with change.” He added.

He also urged the President to be a good leader by encouraging his ministers to be accountable for their actions.

“A good leader helps people understand that they are accountable for their society and its outcome and teaches them to make compromises and responsible choices. He does not support a sense of self-serving entitlement that has gone too far and is counter-productive for the country,” he advised.

The New Year Message
Delivering his New Year message to his congregation, Apostle Francis Amoako Attah compared 2017 to Egypt and the New Year to Canaan, saying that Egypt still stands for the world which is now in the past.

According to him, the people of God have moved forward in the worship of the Lord in the New Year which comes with three promises.

He explained that like the Israelites who were moving from Egypt to Canaan, God gave them a direction and a purpose.

The Apostle said, before the people of God move into a different land, there is already a Geographical Prophetic Blessing. “Before we move from 2017, we must know where we are going. We must know that God is taking us into a new and a more fertile land.”

Apostle Francis Amoako Attah urged Christians to stop chasing prophesies in 2018 and carry the Word of God, saying that the first Quarter of 2018 will be difficult but people must be prepared to stand the storm.

“You must listen to God and know where He is taking you to,” he said.

He also averred that there is also the Occupational Blessing which determines what/ the work one is to do in the new land (New Year), and the Territorial/Dominion Blessing.

He said: “God will place you above everything this year. After moving from Egypt (2017) and comes to Canaan (2018) and you know what God wants you to do, He will set you above Kings and give you dominion over everything, over your enemies, over your troubles over everything that stood on your way in 2017 from achieving your goals.”

He charged Christians to be steadfast in the Lord in 2018 and be good ambassadors of His Word.