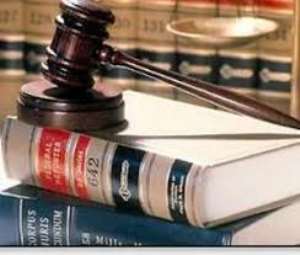 The Central Regional Office of the Domestic Violence and Victim Support Unit (DOVVSU) recorded a sharp upsurge in defilement cases from 138 in 2016 to 192 as at the end of November, 2017.

This is an increase of 54 cases representing 28 per cent of sexual abuses meted out to girls below the age of 16 years.

Ms Otiko Afisa Djaba, Minister of Gender, Children and Social Protection (MGCSP) made this known at a public sensitisation programme on sexual and gender based violence particularly violence against women and girls at Assin Andoe

Non maintenance of spouses and children by men registered the highest number with 651 in 2016 to 905 as at November 2017.

The Minister indicated that the Assin South District was chosen as venue for the national programme because of the recent case where a juvenile was arrested by the police for allegedly defiling a four-year-old girl at Assin Adadientem.

The Gender Minister who was obviously unhappy with it called for an end to such acts, and added that the Assin North and South together recorded 19 cases of defilement, eight rape cases and 28 assault cases between January and November 2017.

She was appalled by the number of school girls who have had to drop out of school as a result of early pregnancy, adding that the chances of girls advancing in their academic pursuit was bleak when they got pregnant.

The Gender Minister advised young girls against depending on men for financial support if their parents were unable to provide them with their basic needs.

"If your parents are not in a position to provide all your needs that should not compel you to rely on men to provide such needs and sexually abused, impregnate and abandon you," she emphasized.

Traditional leaders were also urged to desist from arbitrating criminal matters, like the case of the alleged defilement of a four-year-old girl at Assin Adadientem.

"We acknowledge the role of our traditional and opinion leaders; however, we would like to advise them not to arbitrate such criminal matters. Defilement is a criminal offence and all such acts should first be reported to the Police," she added.