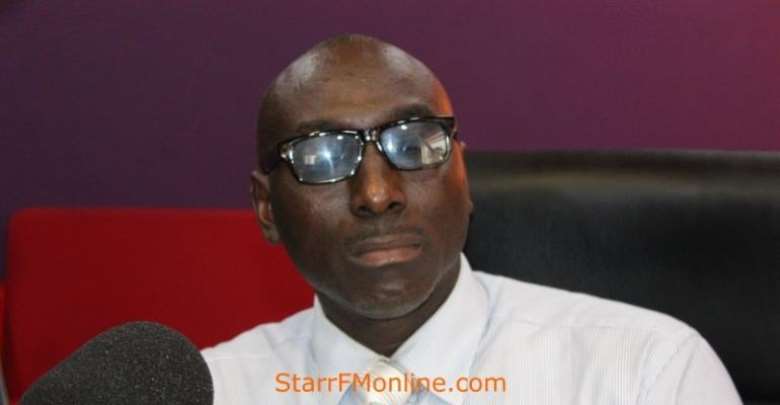 The cities of plain were destroyed by a rain of fire and brimstone see (Genesis 19:24)

Is that Abraham's wish for Ghana?

Abraham Amaliba a private legal practitioner and member of the largest opposition party in Ghana National Democratic Congress (NDC), says the nation will know no peace, if the Electoral Commission (EC) chairperson, Mrs. Charlotte Osei, is removed from office.

He believes the governing NPP is using the system to pester Mrs. Osei.

Ever heard the expression when two elephants fight the grass suffers most? It's an old African proverb perhaps older than Methuselah. What's the meaning of that? It means the weak get hurt in conflict between the strong or the powerful.

But why the grass and not the combatants or the two engaged in the fight?

How about this one: Who suffers most when an ant fights an elephant?

You probably have the answer already. Conservatively the weak will go down first. But being down in a fight doesn't imply you're out of the game. Until you throw in the towel you are as equally victorious as your opponent. Invariably, to engage in such battles one has to ask himself: Do I've the comeback or resilient spirit that would push me through to the wire?

That appears to be what's unfolding in Ghana now and I've the inkling that it's going to stretch from days to months and it could morph into years like the Woyomegate. I may be wrong too. It could be dealt with quickly.

Interestingly, it kicked off on Monday. The EC Chair Charlotte Osei and two of her deputies Amadu Sulley (in charge of Operations), and Georgina Amankwa (in charge of Corporate Services) on Monday 11 December 12, 2017 appeared before the Chief Justice over allegations of mismanagement and incompetence at the commission.

The two deputies have accused their boss of financial mismanagement and poor leadership, an accusation the EC Boss has refuted. Instead, she'd also accused her accusers for wrongdoing. The two deputies are to answer for their alleged roles in the disappearance of some GHS480, 000 from the EC's Endowment Fund, among other allegations. Both parties have been given three weeks by the Chief Justice to file their statement of response to the committee after which the hearing will continue.

Remember the 'Charlotte Virus'? It's still alive like a life wire.

Letter to the president and CJ
Meanwhile, Charlotte has written to President Akufo-Addo demanding an official copy of a petition that's supposedly seeking her removal. Aside that Mrs. Osei has written to the Judicial Council acknowledging the invitation to appear before the Committee to preside over her possible impeachment proceedings.

“Subsequent to my response to the allegations contained in the petition, I have heard no further from her ladyship the Chief Justice. I would appreciate being furnished with a copy of the alleged petition to enable me seek the requisite legal advice. I would also appreciate clarification as to the composition and terms of reference of the committee,” Mrs. Osei said in a letter addressed to the Chief Justice and the President.

Has she been furnished with those documents yet?
I don't know the answer to that. But the Director of Communication at the Office of the Presidency, Eugene Arhin has asked the EC boss to write to the Chief Justice for a copy of the letter. Is that normal? It's understood to be a common practice.

Mr. Arhin said: “It is a straightforward issue…if she wants a copy she should get it from the Chief Justice [because] all the documents we have, we forwarded them. The president sent everything to the CJ in pursuant to Article 146(3) of the 1992 Constitution.”

If she is looking for a copy...I think the best place is the CJ office," he said.

Is this the first time a public officer is facing impeachment in Ghana?

In 2014 a prima facie case was brought against Laurette Lamptey a former CHRAJ Boss over allegations that she'd misappropriated an amount of $148,000 on her 33 mo-month rent and an additional $180,000 on renovating her official residence.

Then in January 2015 former president Mahama fired the CHRAJ Boss following the establishment prima facie case against her by the chief Justice.

Was Amaliba in the Ghana at the time? If yes, what did he do and why is he crying more than the bereaved to the point of threatening brimstone and fire? Charlotte herself knows that to be absolved from any wrongdoings or allegations of corruption she must face the courts.

However, Abraham Amaliba views it differently:
“Where are the CDDs? Where are the Occupy Ghanas? If it were to be the NDC government all these people would be speaking by now. Where is Emile Short? Where is Professor Martey? This country will burn and we will see where all of us will be and so they should continue doing it.”

Mr. Amaliba in an interview with an Accra FM station on Tuesday said: “These are the worrying signals. How can you drag somebody to your committee without giving the person a copy of the document and everybody is keeping quiet? What has the woman done? She has declared election results in your favour and so what again do they want from her that they are using the process to harass her?

So, can you explain to Ghanaians and the whole world how and why the country will burn? You seem to cry more than the lady who is in the thick of affairs. I think you owe the good people of this great nation an unqualified apology. Must we politicise everything in this part of our world? Where were you when Messrs Kwame Peprah (former finance minister, Dan Abodakpi (a former minister of state) and Victor Selormey (deputy finance minister) all three served under the Jerry Rawlings-NDC regime?

Did Ghana burn? Are you suggesting that the charges brought against Mrs. Osei have no merits? Mind you there'd been accusation and counter-accusations among the parties involved. And you seem to suggest that the NPP government doesn't have the clue and cannot pursue the charges of alleged financial impropriety. Yet you expect the administration to fight corruption.

How do you fight corruption?
I can guarantee, if this is the way to fight the canker, then we must as well sit tight and fold our arms. And what does capacity building mean to you and some of your cohorts?

Governments expend billions of taxpayers' monies to build institutions such as the courts, SFO's so that we can check the rot, the fraud, the malfeasance and the leakage in the system. And yet some of you have problem with that because everything in Ghana must be politicised. Not only that you threatened such institutions and organisations and even had the audacity to say Ghana will burn. Not only that you also had the audacity to question the integrity of some eminent personalities in the country.

And yet you'd the audacity to call Professor Martey. How quickly did you forget that NDC government tried a million times to muzzle this man? How dare cut your nose to smite your own face? Go tell it across the nations, Ghana won't burn today and it won't burn tomorrow.

Have you forgotten able-bodied guys were commissioned or dispatched by the NDC government to go out and kill dissention, muzzle free speech and freedom of expression? Amid millions of cedis and thousands of American dollars showered on those that succumbed?

Your claim that Charlotte declared the elections for the NPP is preposterous and ridiculous. How could you make such an outrageous argument?

So how would we know the allegations against the EC Boss is unfounded Mr. Amaliba, until it's proven at the courts of the land right? I think the courts are capable of establishing the truth or otherwise of the case and not individuals with jaundiced eyes.,

[Audio] 'Because of Mr Akudugu you want to destroy me, It wo...
2 minutes ago