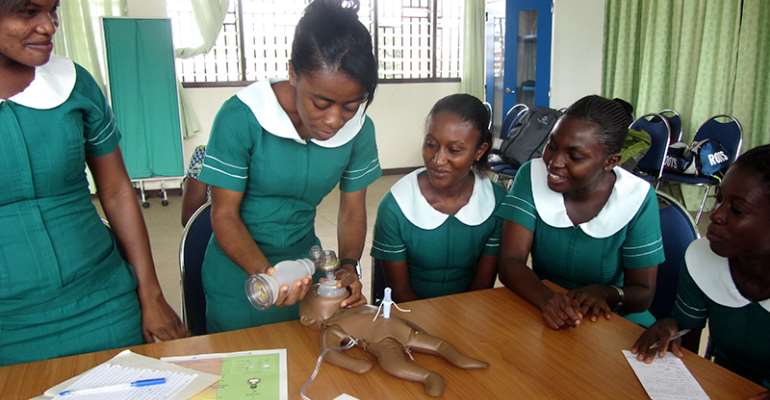 A young man believed to be in his mid-20s has been arrested at the Komfo Anokye Teaching hospital for posing as a nurse of the facility and extorting money from innocent patients.

The imposter whose identity was only given as Nelson claimed to be a worker at Bomso Clinic which turned not be true was immediately picked up on Tuesday, December 12, 2017, by the Emergency Police Station after attempting to attend to a patient.

According to an eyewitness, the suspect claims he had applied for a job at the facility but has since not received any confirmation and has been hovering around every day in uniform in the facility.

He said the frustration of joblessness after completing his nursing training compelled him to arbitrarily start work at the hospital, indicating that his first attempt at attending to a patient gave him up.

He claimed he had applied for a job here but they haven’t given him an appointment letter and somehow decided to offer philanthropic services without anybody’s authority.

The Ashanti region police have begun questioning the suspect to ascertain his motive for taking the life-threatening job as a nurse.