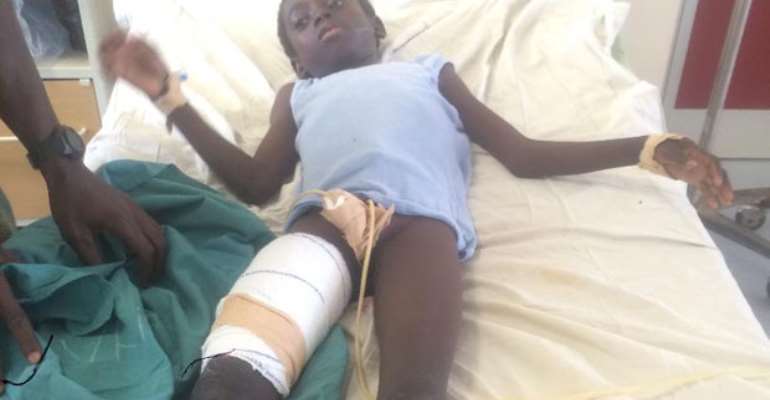 The reproductive organs of a 10-year-old boy, Waachribu Adam, have purportedly been slashed for rituals by one Rauf aka Bossu, a known 'sakawa' (cyber fraud) boy in the Gambaga District of the Northern Region.

Bossu, aged 20, whose father is the assemblyman for the area, reportedly asked Adam to assist him carry some pieces of wood from a nearby bush.

When Adams refused, Bossu reportedly chased and forced him into the bush where he allegedly caught the testes of the boy and attempted to cut his tongue as well but the boy purportedly pushed him and he (suspect) fled the scene.

The victim, who bled severely, managed to get close to the roadside and was assisted by a 'Good Samaritan' who rushed him to the hospital.

The 'Good Samaritan' later reported the incident to the Gambaga police and Rauf was arrested.

Speaking to DAILY GUIDE, the uncle of the victim, Wuni Jamal, said the parents of Bossu were seeking an out-of-court settlement but he and Adam's parents did not agree.

Mr. Jamal called on philanthropists, institutions and individuals to come to the aid of his younger brother (Adam's father).

He indicated that putting Adams on testosterone for life would improve his condition, though he cannot use his penis for reproductive purposes.