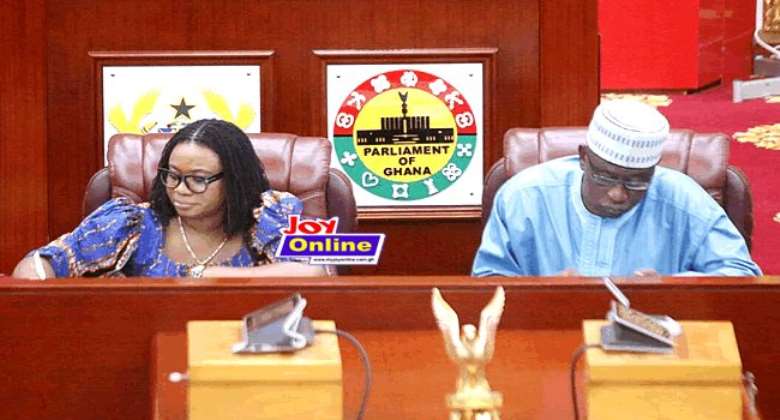 The Chief Justice, Sophia A.B. Akuffo is empanelling a committee to look into the alleged abuse of power and corruption scandal that has rocked the Electoral Commission (EC), the Daily Guide reports.

There appears to be sufficient grounds for impeachment\ of the EC officers involved, who are at loggerheads, thereby jeopardizing the operations of the commission.

A five-member committee is expected to investigate the EC chairperson, Charlotte Osei, together with her two deputies Georgina Opoku-Amankwa, who is in-charge of Corporate Services and Amadu Sulley, in charge of Operations as prescribed under Article 146 of the 1992 Constitution.

The committee, to be presided over by a Supreme Court Judge, has two other Court of Appeal judges (male and female), as well as two other members nominated by the Council of State (female and male) as its membership.

Both the judiciary and the Council of State are said to have nominated their respective representatives and as a result, the impeachment proceedings have become imminent.

The committee will soon commence sitting.
The Commission was thrown into turmoil last July after some unamed staff petitioned the President to trigger impeachment processes.

The accusation included funneling of GH¢3.9 million to partition an office, the receipt of a Toyota Land Cruiser from the Mahama government, the expenditure of about $14 million when the Public Procurement Authority had authorised her to use only $7.5 million.

A second petition from a private citizen Douglas Seidu followed in August 18 and and President Akufo-Addo referred it to the Chief Justice on August 29.

The grounds outlined in the petition include financial misconduct, incompetence, conflict of interest, breaches of the public procurement processes, amongst others.

It is an eight-page petition.
There were concerns among MPs that the Chief Justice has been slow in dealing with the petitions she received almost three months ago.

'Captain Smart arrest is intolerance, he did no wrong' – Med...
23 minutes ago