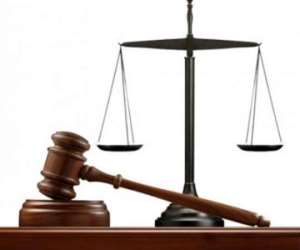 Accra Nov. 27, GNA - Mohammed Abass, unemployed who allegedly concealed four wrappers of dried leaves suspected to be Indian hemp and five tablets of tramadol in two balls of banku has appeared before an Accra Circuit Court.

Mohammed is said to have presented the food to be given to one Abass, an inmate of the James Town Police cells but due to the vigilance of personnel on duty, the drugs were found concealed in the food.

The court presided over by Mr Aboagye Tandoh remanded Mohammed who was without an attorney, into Police custody to reappear on December 11.

Prosecuting Chief Inspector Victor Dosoo told the court, that the complainant is Sergeant Jerry Hayford a Police officer stationed at James Town while the accused person reside at James Town.

On November 22, this year at about 6:30 pm the complainant was on duty at the Charge Office with Lance Corporals Anthony Essoun and Theresa Poke, when Mohammed brought two balls of banku to be given to one Abass.

Chief Inspector Dosso said when the food was examined, Sergeant Hayford four wrappers of dried leaves and five tablets of Tramadol 225 aka tramor found concealed in the two balls of banku.

Prosecution said Abass was nabbed and during interrogation, he stated that he met an unidentified person at Akoto Lante who gave him the food to be given to one Abass who is in their custody at the Police station.

According to prosecution, Abass however denied sending for any food.

The Prosecution said Mohammed could not tell the source of supply.

'The exhibits are yet to be taken to the forensic lab for examination,'' the Prosecution said.