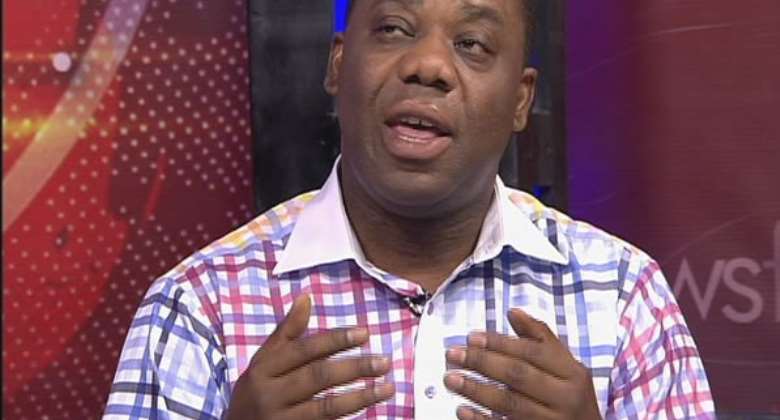 Member of Parliament for North Tongu, Samuel Okudzeto Ablakwa, says the Education Minister, Dr. Matthew Opoku Prempeh misled Parliament by stating that the previous administration made no allocation for its Progressively Free Education Programme before it exited office.

According to the former Deputy Education Minister, “Government released all funds being 12.78 million Ghana Cedis. This covered the period September to December 2015.”

“A second release of 17 million Ghana Cedis was effected for the second term covering January to April 2016,” he explained.

The reaction follows comments by Education Minister that the John Mahama administration did not make provision for some senior high school students who were earmarked for a three-year scholarship under the Progressively Free Education Programme it introduced in 2015.

The Manhyia South MP told the Public Accounts Committee of Parliament on Tuesday that the current administration decided to discontinue the programme after it discovered no funds were allocated for it for the 2016/2017 academic year.

This means the over 100,000 beneficiaries of the policy would now have to pay because such continuing students are not covered by the Akufo-Addo’s free SHS policy.

But Mr. Ablakwa in a statement issued Wednesday said, the Education Minister is “totally wrong on both issues.”

Read the full statement below:
Immediate Release
EDUCATION MINISTER WAS ECONOMICAL WITH THE TRUTH
The Minister for Education, Hon. Mathew Opoku Prempeh stated yesterday when he appeared in Parliament to answer questions that "the NDC Government did not release a farthing to finance it's Progressively Free Education Programme."

Hon. Opoku Prempeh later told members of the Parliamentary Press Corps in an interview that the NDC Government also did not provide funding for it's second social intervention at the SHS level, thus the Scholarship Programme for Needy Students.

For the first term of the programme, Government released all funds being 12.78 million Ghana Cedis. This covered the period September to December 2015.

A second release of 17 million Ghana Cedis was effected for the second term covering January to April 2016.

The Minister would have been accurate if he had stated that they inherited arrears but to say that the NDC Government was not committed to the Progressively Free Programme and therefore did not provide a "farthing" is to dabble in falsehood and absolutely mislead Parliament.

In any case, the Hon. Minister ought to appreciate that Government is a continuum and that inheriting bills just like inheriting projects and revenue streams is a constant feature of Governance everywhere in the world. The NDC Government inherited arrears in 2009 and also inherited a 4-year SHS duration extension without infrastructural expansion and provision of text books which we had to address under an emergency intervention. We did not go to Parliament to indict the previous NPP Government as the Minister sought to do yesterday, we simply focused on our mandate understanding the dynamics of governance.

2) Scholarships for Needy Students
I heard in total disbelief the assertion by the Minister that the NDC Government offered no Scholarships to students and that records at the Scholarship Secretariat will confirm this.

After almost a year in office, the Honourable Minister ought to have known that the Scholarship Scheme for 10,400 students under the World Bank supported $156 million Secondary Education Improvement Programme (SEIP) is administered by a team at the Ghana Education Service under the leadership of Mrs. Dorothy Glover and not by the Scholarship Secretariat.

The media is hereby encouraged to contact the Ghana Education Service to confirm this and to demand the full beneficiary list of 10,400 students from the 125 Senior High Schools covered under the Scholarship Scheme.

Hon. Mathew Opoku Prempeh should consider the full implications of some of these short term partisan propaganda-bonus pronouncements especially when donor funding and Ghana's image within the international donor community are at stake.

Other Related Significant Matters:
Unfairness to the previous NDC Government
While the Minister touts the implementation of the Free SHS Programme as he did in Parliament yesterday, he conveniently failed to disclose to Parliamentarians and the nation that the current challenges associated with Free SHS would have been worse if not impossible to implement but for what they inherited which includes but not limited to President Mahama's flagship Community Senior High Schools, the expansion and rehabilitation of 125 existing Senior High Schools, the renovation and construction of hundreds of additional Science Resource Centres and the procurement of all the text books which they are now distributing. As the Minister knows, these interventions enumerated above cost not less than 1.5 billion Ghana Cedis.

Relocation of the second Campus of the University of Environment and Sustainable Development (UESD) from Donkorkrom, Afram Plains to Bunso in the Abuakwa South Constituency.

It is unfortunate that the Minister remains tight lipped in an attempt to avoid my revelations in Parliament yesterday that the NPP Government has relocated the second campus of the UESD from Donkorkrom to Bunso.

The Minister is reminded that this conduct violates Section 3 of the University of Environment and Sustainable Development Act, 2015. Act 898 which stipulates that "The University shall be established in Somanya with campuses in Donkorkrom and any other place as the Council may determine."

The people of Ghana deserve an explanation for this apparent discriminatory action.

The Minority serves notice that this illegal conduct by the Akufo-Addo Government will be resisted. We are not opposed to the good people of Bunso benefiting from a campus of the UESD, however, that should not be at the expense of the good people in Donkorkrom. Nothing stops Government from securing additional resources to what they inherited from us and using that to establish more campuses in Bunso and other parts of the Eastern Region as Act 898 provides.