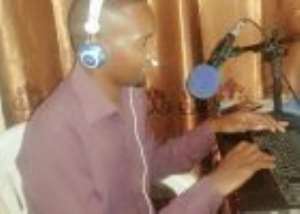 The National Union of Somali Journalists (NUSOJ) condemns the murder of yet another journalist in Afgoye Corridor in Lower specially Arbiska in Lower Shabelle Province about 25 KM South of the Somali capital Mogadishu putting four the number of the killed journalists in Somalia this year alone.

Jacfar Ali Daacad who works for Dayah FM radion in Afgoye was among more than 10 people including students killed by AU peacekeepers after an exchange fire between African Union Peacekeepers known as AMISOM and Alshabaab islamist militant group , an eye witness told NUSOJ by phone. AU peacekeepers patrolling the Afgoye corridor were ambushed by militants and heavy exchange fire was going on about half an hour . The eye witness account added.

“Our colleague, Jacfar Ali Daacad was killed after an exchange fire between Alshabaab militants and AMISOM . Bullets hit on the head .He was rushed to Madina hospital in Mogadishu but he was immediately pronounced dead .His body was now brought back to Afgoye and we are preparing his burial . Mohamed Ali Zaad the deputy director of Dayah radio told NUSOJ.

The National Union of Somali Journalists condemns this heinous murder

against our colleague journalist in the strongest terms possible and call the Somali authorities to probe and bring the perpetrators to justice. The union also sends its sympathies and condolences to the families and friends of late Jacfar Ali Daacad.

“On behalf of the Somali Journalists, I send my sympathies and condolences to the families and friends of Jacfar Ali Daacad.” Mohamed Ibrahim Moalimuu, Secretary General of the National Union of Somali Journalists (NUSOJ) said, “We condemn the assassination act in the strongest terms possible and call for the Somali authorities to immediately investigate the murder against our colleague and other civilians and bring the perpetrators to a court of law.”

Jacfar Ali Daacad was a producer and sometimes newscaster for the privately owned FM radio named Dayah radio based in the town of Agoye and in the morning he was working as a part-time job for Alfurqaan Primary school in Arbiska.

NUSOJ contacted to Spokesperson of African Union Peacekeeping Mission in Somalia (AMISOM) to find out more details of the incident but said they will provide later the correct information .

Somali journalist Abdullahi Osman Moalim died on Wednesday 13,2017 from injuries he sustained after an al Shabaab suicide bomb attack on a restaurant in central Somalia town of Beletwein.