Opening Up The Nîger Delta For Development 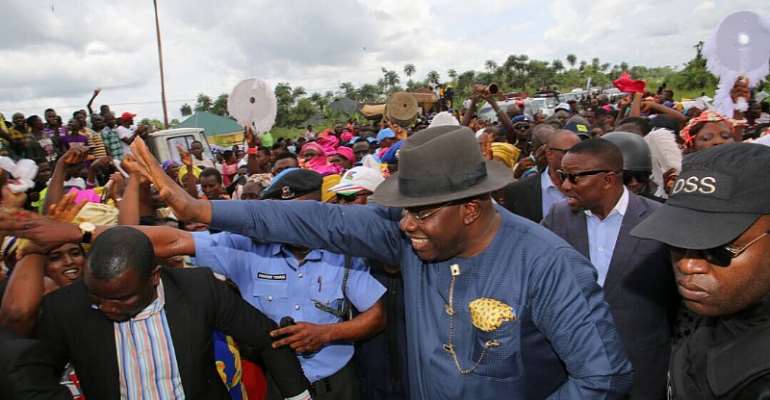 “Access” sums up the Niger Delta development dilema,access to the swampy hinterland where riches abound. Riches in oil and gas as well as agricultural products.To ameliorate this situation in Bayelsa State,Nigeria,Governor Henry Seriake Dickson had on assumption of office 2012 promised to complete the three Senatorial roads to link the capital city Yenagoa with the two other local council headquarters,in essence to open up the hinterland for development.These strategic Federal roads were planned by the Late Melford Okilo ,the then governor of the old Rivers State in 1979.

Bayelsa State exists largely below sea level with a land that is drained by numerous Rivers and Rivulets criss crossing each other in a terrain that makes even the idea of road construction already a nightmare proposition.But when a Leader breaks through a 40 year old jinx,to complete such a strategic road in fulfillment of his election promise ,it is widely celebrated as a historic milestone. More so when this feat enables a State “in a hurry to develop” step closer to its Eldorado- the proposed deep sea Port at Agge where she hopes to alter existing economic equations to favour her industrial dreams.

The above synopsis explains what happened Saturday last week when Governor Dickson and his entourage became the first persons to drive a motor car to Aleibiri,Ekeremor from Sagbama. The approximately 90 km Federal road (when you include the stretch from Toru Orua ) which is 60% complete was cut through “impossible” watery terrain,along sand filled stretches raised above gaping waters.

Before this event, Federal assurances to mobilize contractors back to site did not hold any water.Remember the last such efforts in February 2017 during the visit of Federal Works Minister Fashola to Bayelsa ,the Senatorial roads remained a dream until Governor Dickson took it over from the NDDC. The strategic nature of the road to Bayelsa development would not allow the state fold her hands any longer,the governor explained; the Bayelsa West senatorial road will enable the state ” hit the Atlantic “ at Agge, the proposed deep sea port as earlier mentioned,that promises to open the State to sustainable industrialization.When Agge becomes motorable,the deep sea port will handle direct export of Nigerian oil and gas produced in this zone because it will be more cost effective to the oil companies. The Port will enable the long delayed national naval base to take off providing security to an axis that has been ravaged by piracy in the past and will also enable the ship building and similar job creating plans of government to take off.

The Sagbama/Ekeremor road one of Bayelsa Restoration’s legacy projects was awarded at the cost of N30billion to both Dantata-Sawoe and Setraco‎ and when fully completed will enable access to long suffering communities. In what looked like a victory lap of honor, cheered by his people,Governor Dickson drove through the still mainly sandy road cheered by members of these communities such as Angalabiri,Ofoni,Ayamasa until Aleibiri. They are the farming communities that hosts the cassava multiplication and starch capability of Bayelsa at Ebedebiri covering 600 hectares of improved vitamin A- rich breed managed by public -private partners. At Ofoni is the State college of Agriculture. Aleibiri with its legendary boat regatta is immediately a tourist site.As for what remains to be built until Agge,there are two major bridges to be constructed from Aleibiri to Ekeremor main town which is the section of the road project Setraco Ltd is handling.The Road project is to be fully delivered by December 2018.

Let us recall that during Governor Dickson’s re-election campaign of 2016 ,he promised that campaigning via precarious boat trips would end when the said road comes on stream before the end of his second term. Indeed that he would actually drive to the area next time he was visiting. And what a promise to keep at this time when recession has become an economic lexicon in Nigeria. But not deterred by massive economic downturn and attendant political pressure ,the governor has delivered on his promise.

Kudos to Bayelsa founding fathers who made sacrifice to get the State to this day.It was far back in the old Rivers State 1979 when the then Governor Okilo initiated the three Senatorial roads plan. The idea was to bind together the three founding parts of the old Rivers State now known as Bayelsa . Somehow the plan never took off as planned. Reasons of poor funding,lack of political will and insecurity were adduced for this delay across time. The undying quest amongst Ijaw leadership has been for a leadership that can overcome these constraints.

First there has to be a state that will no longer consider Ijaw interests as minority matters. So by 1996 Bayelsa State was created to deal with political will to open the hinterland. But then the state passed through a divided set of leaderships that were not really inwards looking to implement these plans of the founding fathers. It took the Niger Delta presidency of President Jonathan to unite these leaders considerably under a visionary Restoration leadership of Governor Dickson ,and to begin to overcome the political constraint. In one fell swoop he tackled the remaining constraints of insecurity and poor funding even under heavy political pressure.

Recall that the plan to build the second senatorial road Yenagoa- Oporoma - Ukubie in Southern Ijaw was dropped by the Preceding administration of then Gov. Silva when the contractor Julius Berger withdrew from site citing insecurity. The same way the joint ventures handling the Ogbia - Nembe Road were constrained by funding issues. So when Restoration came it provided the last tranch of N3 billion Naira and with adequate security mobilized contractors to site to complete the Nembe access road,while awaiting the Brass side.

So now we begin to realize the words of governor Dickson on assumption of power in 2012: “If Bayelsa fails,the Ijaw nation fails and so will the Niger Delta with grave consequences for national stability.This we cannot allow to happen. We will therefore take necessary decisions and actions however difficult,however painful,however controversial those decisions and actions may be....be assured that our actions will always be in your best interest!” 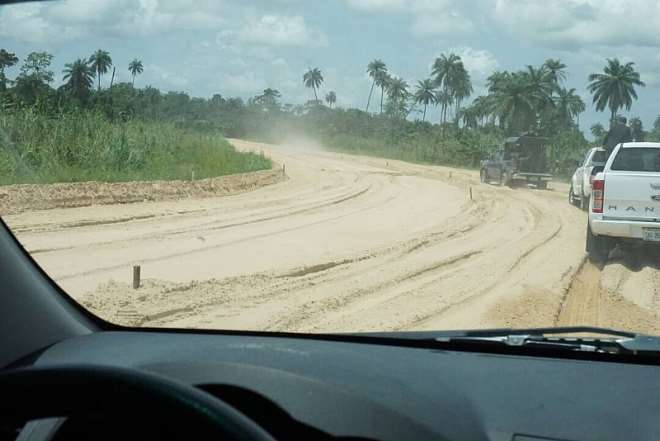 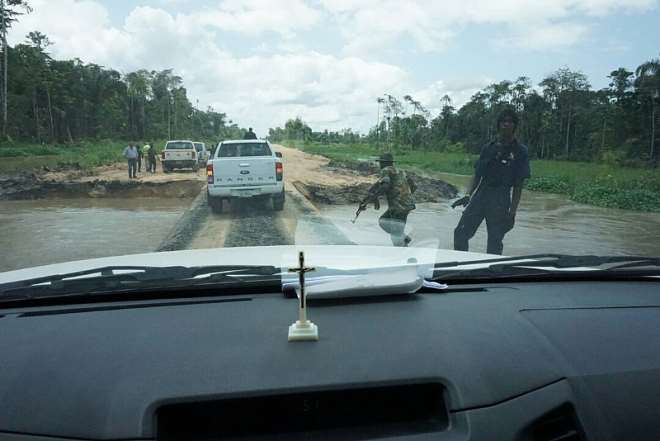 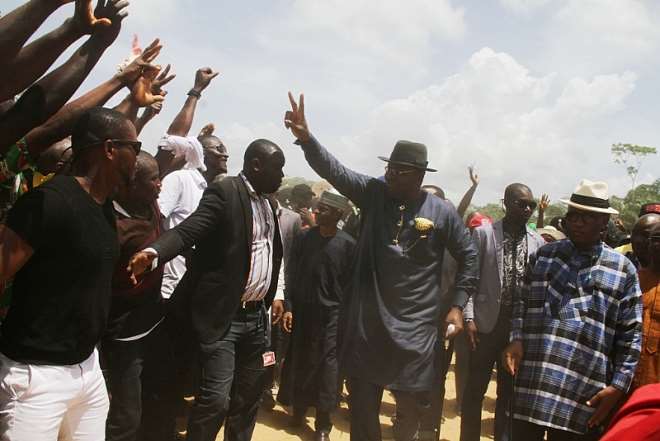 We’re Investing Massively In Infrastructure; Not Rearing Fly...
17 minutes ago

Mahama Shakes Tarkwa As Menzgold Customers Give Him Rousing ...
17 minutes ago