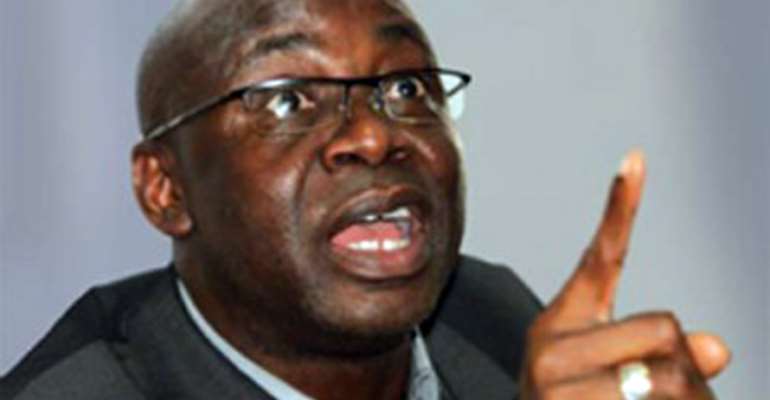 Nigeria needs a revolution in every aspect of life especially in the political, social, mental and spiritual spheres if she must survive the vagaries of the millennium. A branding revolution in the political sphere is preeminent as it points the way to all others. Nigeria needs to measure up in terms of the caliber of leadership she throws up at a globalized world. She needs a leader who is competitive in every respect, someone who can participate effectually at United Nations deliberations for Head of States and who can address the United Nations General Assembly. She can do with a leader whose value system does not run contrary to common sense. She needs a different kind of branding- a leader who can attend the opening ceremonies of global events hosted by Nigeria. Nigeria needs political institutions that would serve as consistent check and balance against impunity of politicians in power. She can do with an anti corruption body or police force guided by a consistent agenda and can probe former Heads of States and governments for crimes against humanity.

We need a judiciary that would not delay nor deny justice, a tribunal system to check electoral malpractices without abetting it. Yes, an electoral law that is not only perfect on paper but can produce good men as Presidents as well as other office holders but not killers and thieves. Nigeria is yearning for a Police Force that can provide security for both the governed and the governing class. She is crying for security service that will be unbiased against one group or individual because they are weak but will protect private information instead of selling it to the highest bidder. Also a Legislature that can legislate without “political will” of the ruling class or rather without ‘empowerment’ and the work of vested interests at play. Nigeria needs an urgent structural revolution. She yearns for a federation that works not only from the top but reserves powers to the units or rather a balanced federal government with federating units not subordinate beggars. Nigerian deserves a constitution that is properly constituted of basic natural truths; a document that is logical and implementable. We need revolution in the constitution,so that the fundamental principles of State Action will agree with the forms chosen in the other parts of the document.

A revolution to do away with documented contradictions and institutionalized mediocrity . Nigeria needs a revolution in the social sphere, in dressing, dancing and singing of the young; in the churches where things appear as deranged as in society. The more the violent prayers the higher the misery index for the people. Let us have revolution to curb social maladies that have made life a hell. For instance, kidnapping has gone full circle from affecting only expatriates to almost everybody; 419 also is full circle from foreigners to almost everybody; preachers have moved from loud speaker aided gigantic pulpits to alas public buses. We need revolution in the streets. Riots are out of fashion here because no one is watching. No records of property or human beings are being kept so no martyrs are made here. Every riot or deaths are vehemently denied by the ‘state’. So we need a revolution to make Nigerians count in their fatherland. Let us also strive to reduce noise, the cacophony of generators which stop us from hearing our own complaints. We need to sanitise the press, to investigate the truth in each headline; each state broadcast. We need to raise the level of education to tackle rising ignorance

and insanity. Whether or not legislators approve of the Freedom of Information Bill; whether they find new ways of curbing the truth or they decide to buy antagonistic newspapers off the street and destroy them or not, whether they ascribe the nations ills to writers or not, we need a revolution against state promoted illiteracy and ignorance. Oh how we need homes for the beggars and homeless; we can even cloth those of them who help us control our traffic when the wardens retire. We must stop extortion going on in the streets, stopping traffic flow at will, skyrocketing inflation by stealing trader’s profits especially in the East. If we had a good and consistent law, if we had law enforcement agents, if we had judiciary or law makers, we would have been able to separate the uniformed robbers from police, and the army or shouldn’t we?If we must beat the new world order, then urgently we need to do something revolutionary about globalization and invasion of computers into our country, we would either join them or we join them,there is no other choice to mass literacy, and transparency will help us become more humble in order to assimilate the new all around us. To this end we need revolution in our schools; for goodness sake let us start off with the first things for once: feed our children while studying in the institutions for they cannot yet fend for themselves nor voluntarily activate their brains for scholarship. But who would bail the cat.

Recall that it is these budgetary overheads stripped from universities and other higher institutions that give politicians so much unaccountable money for jamborees.We need a revolution in the civil service, we need to bring back laborers, road menders, railway workers, cleaners, clerks, into the system instead of under budgeting for them because they don't have anyone to speak for or lobby for them during budget sessions, under tight security or in party caucuses. We need revolution in the realm of arts and crafts as well as in book writing. Let us go back to the good old days when books are published for knowledge not for the pleasure of rich public officers, where publishing companies look for merit and people read newspapers and go to exhibitions. Today people hardly can read their names unless you call their attention to it. We need a revolution in the music industry so we can have sane productions, let us change our “Wahala de” attitude; Music hits should not be always “Ara ga gba nde ara nwanne” or “I ga egbu mmadu oo”. Let us go back to such hits as ‘one love’, “Baby don’t cry” eras, so that we do not sadden the coming generation on a daily basis. Nigeria needs revolution in planning that is what can be implementable in our lifetime; we don't need 40 years plans that do not work. Let us begin a revolution in implementation, we need social impact analysis of our plans, we need people in plans, not just infrastructure buildings, cars, powerplants etc.

Since it is incontrovertible that Nigerians and their leaders alike have variously called for change in so many ways, what remains is for a way that is legal to emerge so that change can be achieved in all aspects of life. It has been identified that change in the political system would quickly translate to change in the economic social, spiritual and mental spheres of life of the average Nigerian. Therefore, we need to establish what kind of change is required in the political sphere. There is a cacophony of ideas; some think it is leadership change in which case they see change of leaders at the Helm of affairs of the country as enough change. Others disagree mildly and argue for a change in the political system. Scholars have established that a good system can produce a good

leader while a bad system throws up evil men that hinder the Nations growth. This is how we have arrived at the conviction that what Nigeria needs most is a systemic revolution. To achieve a systemic revolution involves planning in an open and free environment. Since such a desirable condition cannot exist within Nigeria for obvious reasons but it exists somewhere else in a globalized and interrelated world, since it is vital that the revolution should not wait being so widely desirable it is suggested that it be run from outside for the inside.

It must be transparent and all-inclusive and every step through the planning stages open for all scrutiny. It must be accountable and consistent with Nigerian laws of the independence era, not the distorted ego strips that the military wove on us after 1967.In essence it must distinguish between the two Nigeria’s. The military creation founded on a distorted collection of sectional fears and false hopes and the original works of our founding fathers which the United Nations recognized as a Republic in1963. This effort must be led by Nigerians in Diaspora. Prominent Nigerians like Wole Soyinka, Chinua Achebe, Oyibo, Emeagwali, etc, should head the effort to reposition the Nigerian nation for generations yet unborn.