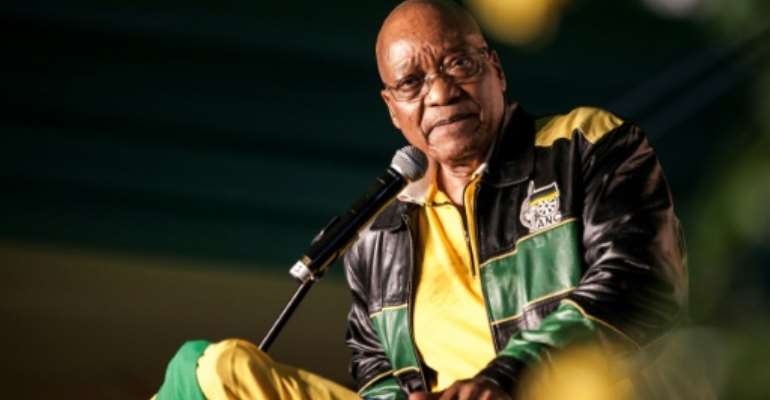 Johannesburg (AFP) - South African President Jacob Zuma sacked a vocal critic from his cabinet on Tuesday, a move set to deepen tensions before the ANC chooses a new party leader in December.

In his second reshuffle this year, Zuma dropped higher education minister Blade Nzimande, a veteran member of the South African Communist Party, which is a key political ally within the ruling ANC alliance.

The SACP hit back at the "authoritarianism" of Zuma, who the SACP has repeatedly called to resign over corruption scandals.

"This is an act of provocation," the party's deputy secretary general Solly Mapaila told reporters.

"President Zuma should step down instead of making these factional decisions," he said, describing him as "delusionary" and a "runaway president".

The African National Congress relies heavily on the SACP and the COSATU trade union federation to drum up support in elections.

The "tripartite alliance" led the fight to end white-minority rule in South Africa.

Both the SACP and COSATU have endorsed Cyril Ramaphosa to be the ANC's new head when Zuma steps down in December.

Zuma, who will stay national president until the 2019 general elections, is backing his ex-wife Nkosazana Dlamini-Zuma to succeed him.

ANC secretary general Gwede Mantashe said it was a "pity" that Nzimande had been fired and that the cabinet shakeup "obviously will impact negatively on alliance relations which are at their lowest."

The SACP said that the reshuffle would place the alliance on the "brink of disintegration".

But the procurement process and the price tag of about one trillion rand ($73 billion) have drawn sharp opposition.

It is reported that former finance minister Pravin Gordhan, seen as a bulwark against corruption, was ousted from the government in March because he opposed the nuclear plans.