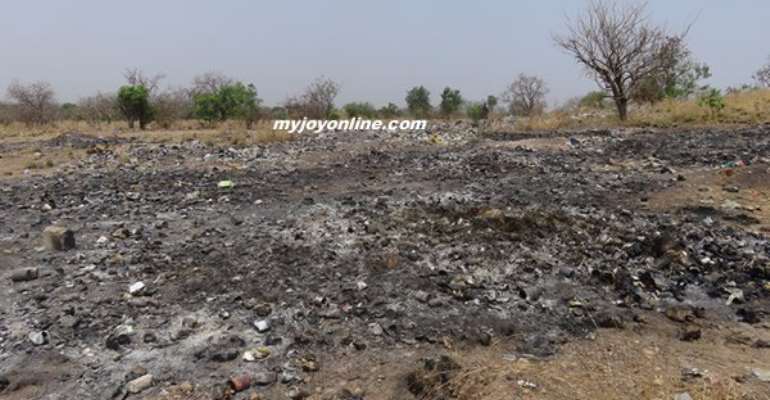 JOYNEWS investigation has revealed that Municipal and District Assemblies across the country are struggling with a heavy burden of debt after they were “forced” to sign a waste landfills management contract with one of the of the subsidiaries of the Jospong Group, Waste Landfills Limited.

The 210 municipal and district assemblies do not have engineered landfills sites but the contract is not to create one. The company is expected to push and level the refuse dump sites and this costs the assemblies an average of GH¢ 320,000 a year.

Manasseh Azure Awuni spent the last nine months investigating how the nation is being robbed of hundreds of millions of cedis through questionable contracts with the assemblies.

In today’s edition of the series titled Robbing the Assemblies , Manasseh revealed assemblies are already overburdened by source deductions from their Common Fund and are not able to cope with the landfills management contract.

Before the District Assemblies Common Fund is disbursed, 10% is deducted and paid to Zoomlion Ghana Limited to for the Zoomlion sweepers under the Youth in Sanitation Module of the Youth Employment Agency (YEA). Per the arrangement, the YEA is supposed to add money from other sources to pay for this service.

When the disbursements of the Common Fund is done, there are again deductions for Fumigation and Sanitation Improvement Package (SIP) contracts. For the fumigation, each metropolitan assembly is pays GHc207,000 a year, municipal assemblies pay GHc184,000 a year while the district assemblies pay GHc164,000.

For the Sanitation Improvement Package, which is paid to Zoomlion to lift the communal containers to the final disposal sites, the metropolitan assemblies paid GHc299,000 a year, the municipal assemblies pay GHc138, 000 while the district assemblies pay GHc 170,200 a year.

There is also a fourth contract with one of the sister companies of the Jospong Group, Waste Landfills Limited to manage the final disposal sites of the 210 municipal and district assemblies.

Some of the assemblies say the company only comes around to push and level the refuse once in a quarter. Some of them say they do not even need the contract in the first place because their disposal sites are very small and are often burnt. 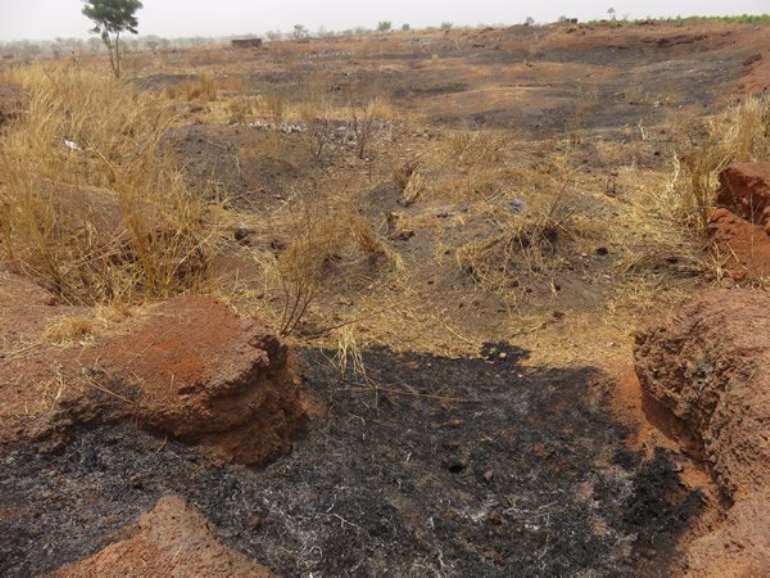 Photo: A dump site of one of the assemblies
When Joy News visited the Bongo District refuse dump site in February this year, we discovered that the garbage had been burnt to ashes. But officials of the assembly said the district had paid Waste Landfills Management Limited 120,000 cedis (for two quarters) to manage it.

At the dumping site in the Savelugu Nanton Municipality of the Northern Region, Joy News discovered that the refuse dump had also been set on fire, but the assembly pays Waste Landfills company 400,000 cedis a year to manage it push and level the refuse.

In the Tolon district of the Northern Region, two vast sand winning sites with a total land area about the size of about four football pitches, have been given to the assembly to dump solid waste and reclaim the land.

According to the Zoomlion refuse truck operator in the district, it will take up to 14 years to be able to fill this pit. Until then, there will not be the need to push and level the refuse.

But the Tolon District Assembly is one of the districts that has signed the contract worth 320,000 cedis a year to have this dumping site managed. The contract is for a period of five years.

Asked whether there was consultation with the environmental sanitation division of the assembly before the contract was signed, AmamataIssah, the District Environmental Health Director of the Tolon District Assembly said no.

When asked whether she would advice the assembly to sign that contract, she held her mouth and burst into laughter refusing to answer for the fear of implicating her superiors. She, however, said she would not enter into that arrangement if the money used were hers.

Some district assemblies have raised serious issues about the cost of the contract. The Tanor North District Assembly in the Bono Ahafo Region is one of the few districts that resisted signing the contract, describing it as exploitative.

Officials here say even if they decide to inflate the cost of hiring a bulldozer to provide the kind of service provided by Waste Landfills Limited, it will not cost them more than 5000 cedis a quarter, and 20,000 cedis a year.

Some of the assemblies say the lands for the dumping sites are acquired by the assemblies and Zoomlion dumps the waste it collects from its commercial customers dump there for free. They say instead of Zoomlion paying for dumping, the assemblies are rather made to engage the sister company of Zoomlion and pay it for the -so-called management of the landfills. 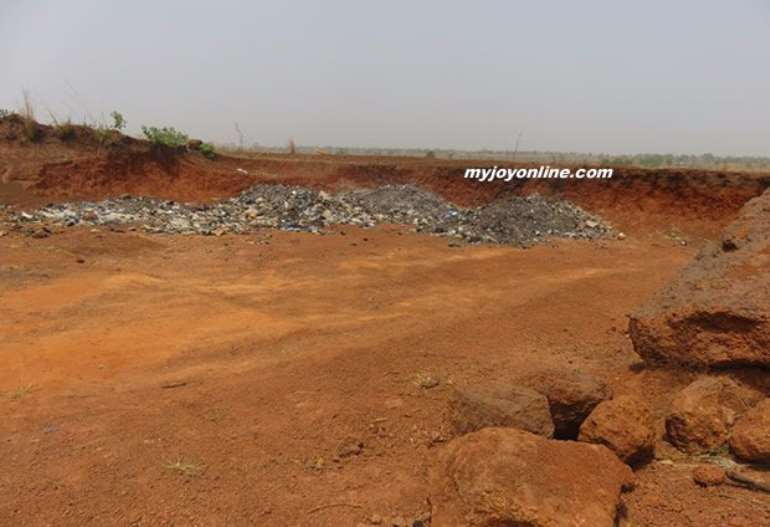 The refusal of the assembly to sign this contract will save the district 300,000 cedis a year. According to officials of this assembly, the land for the dumping site was acquired at a cost of 15,000 cedis for a period of five years and it does not make sense to pay 1,600,000 cedis to the Jospong company to push and level the refuse dumped there within the same period.

When Joy News visited the district in February this year, officials said there was still pressure on them to sign the contract.

The Director of Waste Management at the Kumasi Metropolitan Assembly,John Gorkeh-Miah said what is happening at the assemblies’ dumpsite cannot be described as landfills management. He said it was simply crude dumping, which was pushed from time to time to make way for more dumping.

The Presiding Member of the Lawra District Assembly and Dean of Presiding Members of the Upper West Region, says when companies are forced on the assemblies from the national level, it creates problems.

The immediate past DCE for Bongo, Alexis Ayamdo, said the waste landfills contract was a directive from above.

Joy News in the course of this investigation sighted a letter dated January 12, 2016 and signed by then Local Government Minister, Collins Dauda, which instructed the assemblies to among others take “adequate care of all landfills and final disposal sites in their jurisdictions.”

The landfills contract is for a period of five years and the municipal and district assemblies pay an average of GHc80,000 a quarter or 320,000 a year. Using an estimate of 200 assemblies, this contract is worth about 320 million cedis, excluding the higher amounts paid by the metropolitan assemblies. 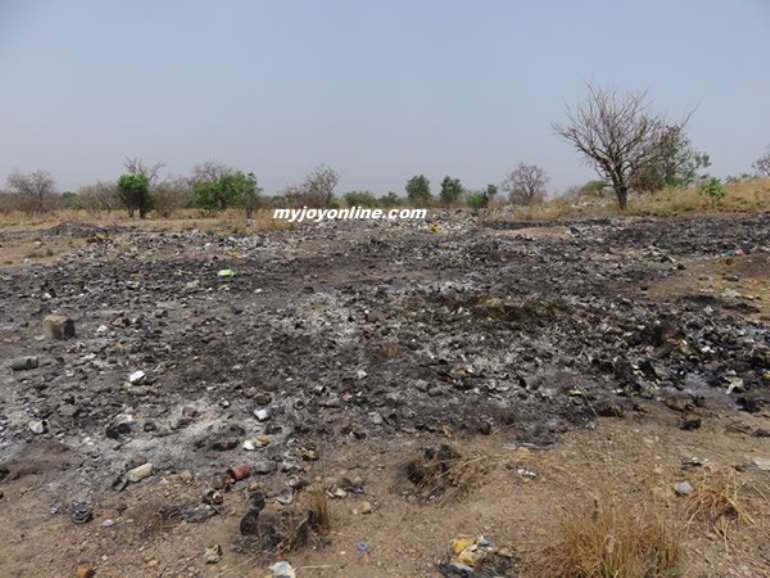 Municipal and district coordinating directors who spoke to Joy News on condition of anonymity said this contract is crippling the assemblies because a chunk of their common Fund allocations are already deducted at source and paid to Zoomlion for three other sanitation contracts with the assemblies.

They want the government to intervene and discontinue the contract because it will not change anything apart from the financial burden it places on assemblies.