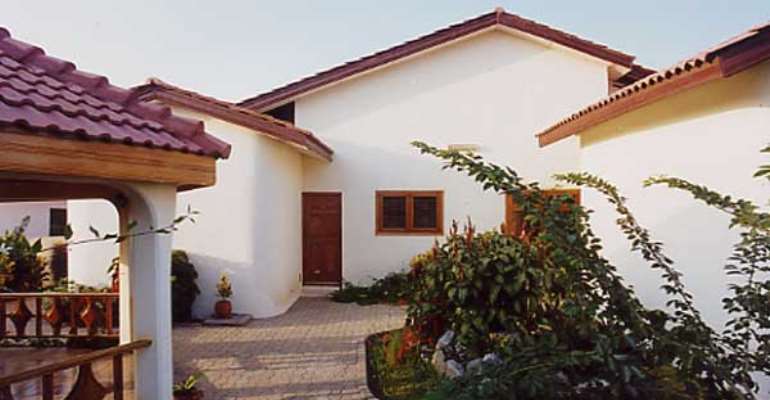 Accra, June 14, GNA - Ghana is designing a new housing policy to meet national aspirations in the housing sector, Mr Hackman Owusu-Agyemang, Minister of Works and Housing, said in Accra on Tuesday. The policy, which would be put before Parliament, "will be the bible of the housing policy", he said during a meeting with a four-member delegation from the Kenyan-based UN Habitat for Slum Upgrading.

Mr Owusu-Agyemang expressed dissatisfaction about the estimated five million slum and squatter dwellers in the country and the related public health problems associated with the phenomenon. He said the number was likely to reach six million people by 2010. The Minister said urban poverty like what pertained in Sodom and Gomorrah in Accra was sometimes more pervasive and distressing than rural poverty.

Mr Owusu-Agyemang expressed the need for a humane approach to the problem within the political contest. "The slums are with us but we have to tackle it in a sustainable manner," he said. The UN Habitat and the Slum Upgrading Facility seeks to meet the Millennium Development Goals (MDGs) to improve the lives of at least 100 million slum dwellers by 2020. The UN team is on a follow-up visit to facilitate national efforts to mobilise capital for slum upgrading projects to meet the benchmark.

Ministers of State, Officials from the Ministry and other stakeholders attended the meeting, which discussed the "Pilot Project Identification Phase" and how to develop a greater coherence of donor intervention and public and private investments. The facility would attract a combination of sources of investment capital, UN Packaging Law, Shelter Services and Small Business Elements of slum upgrading. It would utilise financial instruments for each phase of the project, re-package these elements into a comprehensive package and build effective partnership at the local level between development and financial partners.

Mrs Victoria Abankwah, UN Habitat Programme Manager in Ghana, said: "Ghana is sitting on a time-bomb so far as the slum situation is concerned" explaining that that there is seven per cent HIV/AIDS prevalence rate in these areas. She said the team had recommended Accra, Tema and Kumasi as the pilot areas for the project. Mr Bruce Bouchard, Leader of the UN Delegation, said Ghana, Tanzania, Kenya and Sri Lanka had been selected for the pilot phase of the project. He said the organisation was in the process of awarding contracts for the design works to commence.

Mr Abraham Dwuma Odoom, Deputy Minister of Local Government and Rural Development, said the housing policy would cater for the housing needs of slums like Sodom and Gomorrah. Mr Issah Ketekewu, Deputy Minister of Works and Housing, said a team from Ghana visited the UN Habitat office in Kenya to set in motion the preparatory processes to kick-start the project.