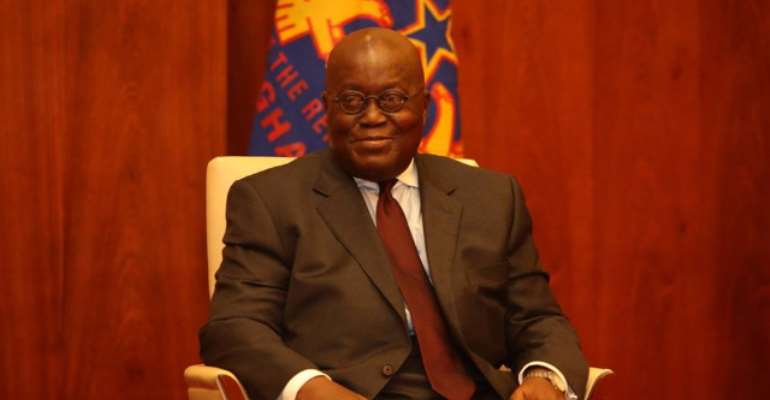 Dr. Kofi Abrefa Busia had a vision of Ghana as the industrial, science and technology knowledge hub of Africa as our ancient Egypt was to Rome and Greece. In his own way, he set out to achieve this without fanfare but his mission was curtailed by the Acheampong coup of 13th January 1972 which successfully overthrew the Busia regime which had Justice Edward Akufo-Addo as the ceremonial President.

To achieve his mission Prime Minister Busia invited a foremost American systems developer and educational psychologist to assist him. Dr Myron Woolman answered Busia’s call and relocated to Ghana in late 1970. Woolman was given the entire sprawling estate of the Afienya Gliding School to turn it into a massive skills training and development “production factory” to roll out an army of highly trained and tooled professionals imbued with patriotic zeal into industry, farms, public and civil service, schools and colleges, hospitals, construction and housing sectors, research and development centres to change the face of Ghana within a generation. Woolman had a proven track record of accelerated transfer of both technological and social sciences skills enabling high school and college drop-outs to make up, catch up and surpass those in industry, agriculture, medicine, health, teaching, science and technology with advance degrees and qualifications within a far shorter period. What an ITT top electrical engineer took six years to achieve Woolman could bridge the learning gap by taking a high school drop-out through his culturally synchronous system to out-perform the ITT engineer after 18 months. These Woolman students were able to achieve comparable high industrial, engineering and academic tolerance levels that were truly amazing. Busia believed in Woolman and boldly invited this unassuming mathematical and theory-of-learning genius to make his dreams for an enterprising Ghana come true.

Dr. Myron Woolman is credited with the development of ground simulation systems for the training of Air Force pilots and the telemetering system for accurate target delivery of missiles. He had been principal investigator for major projects of the United States Department of Labour, Agriculture, Agency for International Development, Institute of Mental Health, Office of Economic Opportunity and Office of Child Development. Woolman is a renowned designer of manpower development and learning systems for education, government and industry. He was a multi-genius and an incredible human being with a social conscience. In 1979 I took Dr. CLR James to him and after three hours in the company of Dr. Woolman, James could only but exclaim that “Sir, you are what Lenin and Nkrumah needed…” It was CLR James who taught Nkrumah the art of political organisation and also introduced Nkrumah to George Padmore. Myron Woolman worked closely with Rev. Dr. Martin Luther King, James Famer of the Congress of Racial Equality and Whitney Young of the Urban League as systems consultant developing several pioneering learning and training programmes for blacks to make up, catch up and compete on equal terms with whites in all fields of human endeavour. President Kennedy and later Johnson supported Woolman in the full knowledge of the civil rights movement leadership.

Dr. Woolman started putting in place the physical structures and the training modules after an extensive evaluation of prevailing conditions in order to create a micro-social learning environment appropriate to Ghanaian cultural values. Woolman believed in local content enhancement and so he scouted for key staff and technicians and prepared training manuals with in-built quantified method of measuring project impact in order to equip the local personnel accordingly. So close to Busia and with the eye of the US Embassy on this valuable national asset, the usurping soldiers who had taken over could only ruffle him a bit but did let him pack baggage and leave with his dear wife, Eugenia, an accomplished portrait and water colour artist who fell in love with the cultural dynamism of Ghana and the welcoming embrace of the people.

I am narrating this historical incidence for the public to know another side of Dr. Busia and the lesson this presents to President Akufo-Addo as it is in the national interest that Akufo-Addo succeeds with the benefit of hindsight. Akufo-Addo must have a Dr. Woolman by his side and several of them too for it is not his cabinet or his ministers who are going to lift up Ghana and make Ghana make up, catch up and surpass. National development tasks are special to experts who exercise delegated powers for manifesto promises to be met in the national interest. It is not the lot of ministers to drive development as it is humanly impossible for them to do so because of the social demands on their time. Ministers, from sunrise to sundown and late into the night, are bombarded with distracting demands that make it impossible for them to attend to detail and digest tomes of policy and project implementation documents placed on their desks and in their briefcases. Circumstances force them to feign competence and being in charge and on top of affairs at the expense of scheduled service provision and delivery. Richard Wright, George Padmore and CLR James saw this pretence and acting up as a defect in the armour of the Nkrumah administration and especially the corruption in the CPP apparatchiks. In a later evaluation in 1968 Nkrumah surmised in Conakry that the conduct of many of those in the higher party leadership demonstrated that they were serving personal interests. And that, the lesson, however, which their conduct provides is that they had no loyalty to the state or understanding of the social purposes which the CPP were attempting to achieve.

Akufo-Addo must find his Woolman as Busia did and as CLR James reminisced about what Nkrumah and Lenin would have achieved with Woolman. In our own history, nation builders like Osei Tutu had an Okomfo Anokye; Sundiata Keita had a Kamara and King Zoser of Ancient Egypt had multi-genius Imhotep, the real father of medicine and architecture, by his side. Imhotep was so revered by the Greeks and Romans that he was worshipped as the Prince of Peace.

Nation building is a serious business that requires clarity of vision and self-sacrifice preparing the grounds for succeeding generations to prosper. (I was humbled when the then leader of the Mashantucket Pequot Tribal Nation of North America, Michael Thomas, revealed to me in 2005 that they plan for seven generations.) It is not the prestige and grandeur of office that facilitates development and progress but the due attendance to the responsibilities of office. The pecks of office must be duly earned rewards conferred after service and as approved by gracious guidelines set by the people’s representatives in parliament. The usurping soldiers gave as one of the reasons for their takeover as being denied the little amenities they were entitled to by the Busia regime.

Busia got so ruffled and distracted by the constructive criticism of editor Kofi Badu and the Spokesman that he could not get Ghanaians to buy into his development vision. Some months before the Acheampong coup I had written to Dr. Busia cautioning him to be patient with and tolerant of criticism as although he had his own eyes to look at himself he often has to resort to a mirror in order to look at himself better. The press, the fourth estate, was his mirror and to crack it was to impair his vision. I was therefore so incensed when in the early hours of the January 13, 1972 harmattan season I heard the voice of a Colonel Ignatius Kutu Acheampong announcing a takeover. I sat by my typewriter and wrote a rallying speech calling on the people to rise up to resist. I decided to go to the regional broadcasting house in Kumasi to make a broadcast. On my way from Asawasi to Nhyiaeso I passed through the offices of the Ashanti Pioneer in Adum to show my speech to the veteran editor, A D Appea. After going through the speech Mr. Appea excused himself to get me a glass of water but locked the door from the outside and detained me in his office for about four hours before he returned to ask me if I was sober enough to review what I sought to do. A D Appea saved my life then in the same manner as Mr. Orleans-Pobee, the headmaster of Adisadel College, saved my life on 24th February 1966 when I had mobilised my Young Pioneer colleagues to march into town to resist the Kotoka coup announcement.

Dr. Woolman became my abiding mentor and he gave me the opportunity to learn and study at his feet. I carried his bags and demonstration tools to consultative meetings and forums at the World Bank, IMF, the State Department, Department of Agriculture and USAID. He was quite patient with me because of my weak mathematics and science background but what he instilled in me is that what America took over 200 years to achieve can be achieved in a generation by Africa with the right leadership. He demonstrated to me that all the scientific and technological advancements that Africa needed to develop exist and are accessible but it is a matter of choice and the self-confidence to succeed against all odds. His inventions were used for war purposes during the Vietnam episode. Once at dinner table, Marcia, Bruce and Diana refused to eat in his presence because they were fed up with seeing on television the precise bombing of targets of innocent Vietnamese villages and the death and suffering of children, women and the aged. Wolman’s children rebelled against the handiwork of their father which enabled the American war machine to measure accurately targets and release weapons of mass destruction devastating the Vietnamese countryside and ecosystem. Their father then decided to turn his mind to turning “swords into ploughs” or his weapons of mass destruction to tools of mass development and poverty and illiteracy elimination. Therefore, by the time Busia was introduced to Woolman, Woolman had developed most of the tools for accelerated national development. While in Ghana, Woolman had finished fine tuning his methods and systems to achieve that critical cultural synchrony in development implementation when the soldiers struck. The speed of his cultural understanding was greatly assisted by the then Mampong Omanhene, Nana Amaniampong and of course by Prime Minister Busia himself. He travelled to all corners of the country to understand and measure the industrial tolerance levels of the Ghanaian worker and his conclusion was that Ghanaians would “measure up” under enlightened and forward looking leadership.

When Nigeria faced great port congestion problems in the ‘70s Woolman was consulted by the Federal government to proffer a solution. His proposal of a twin-port method to decongest Lagos harbour was approved and implemented by the government in 1977.

In 1981, I introduced Kenneth Dadzie, then Director-General for Development and International Economic Cooperation within UNCTAD, to Dr. Woolman. A few days after Ken Dadzie called me and told me bluntly that African leaders and their ruling elite would listen to and be fascinated by what Woolman does but would not like to have him close by because some of his methods have in-built systems of accountability and tracking that make it almost impossible to steal and also divert government project funds.

It was Marcia who introduced me to his father in 1976 after persisting for months and when I yielded and met Dr. Woolman it was the greatest encounter of my whole life as he graciously changed my perspective about national development imperatives underpinned by educational methods which feed on the values and industry of the people thereby propping up self-confidence to release that innovative impulse imbedded in our DNA. Woolman believed strongly that the necessity of cultural synchrony in national development is a human right that must not be denied developing nations. He impressed upon Busia that national development planning and implementation must engender viable economic communities.