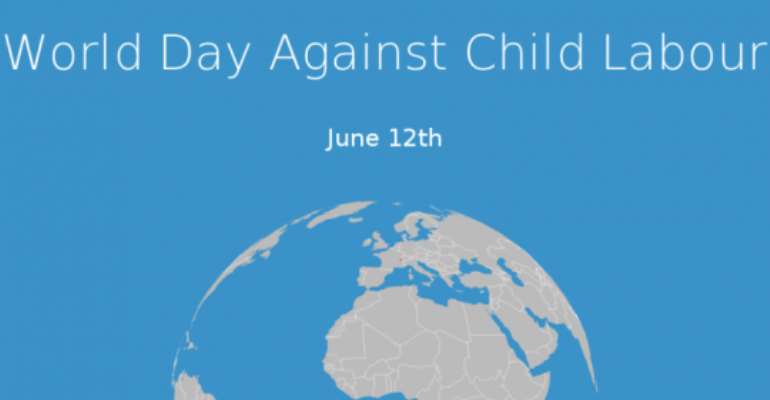 Accra, June 10, GNA - Ghana will on Monday mark this year's World Day against Child Labour (WDCAL) on the theme: 'In conflicts and disasters, Protect Children from child labour.'

A statement issued by the Ministry of Employment and Labour Relations and copied to the Ghana News Agency said WDCAL was launched by the International Labour Organisation on June 12, 2002 as part of the global advocacy to highlight the plight of children in hard labour.

It was to serve as a catalyst for the growing worldwide movement against the trend.

The statement emphasised the need for the fight against the menace of child labour and said it was enshrined in the 1992 constitution of Ghana that, 'Every child has the right to be protected from engaging in work that constitutes a threat to his health, education and development'.

It explicitly condemned the menace and called on the public to join hands with the Ministry to clamp down on unlawful exploitation of children in the county.

'Recent statistics released by the International Labour Organisation (ILO) indicates that many of the 168 million children globally engaged in child labour live in conflicts and disaster-affected areas where there is high risk of being killed, maimed and injured,' it noted.

However, Ghana would join the member states of ILO to commemorate the WDACL under the theme 'In Conflicts and Disasters, protect Children from Child Labour: Mobilizing Resources for the Effective Implementation of the NPA2 (2016-2020)'.

The theme, the statement said, calls for increased efforts by all stakeholders to support government to mobilise enough resources for the effective implementation the NPA2.

It affirmed the commitment of government to ensure that the Ministry partnered other relevant institutions including Metropolitan, Municipal and District Assemblies, civil society organisations, and the media to mark the event throughout the country.

The move, it explained, would help intensify the efforts of the country to combat child labour and its associated acts to protect the lives of children.

The activities lined-up for the event are: media launch, radio and television discussions as well as a national policy durbar on mobilisation of resources for the effective implementation of the NPA2 (2016- 2020), which would take place in Accra.

The statement invited the general public be part of the memorable occasion to protect and promote the rights of our children.