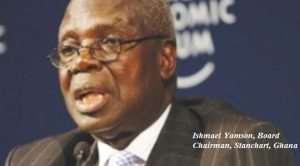 The Board of Standard Chartered Bank Ghana Limited has declared dividend on ordinary shares of GH¢1.12, compared to GH¢0.37 paid out in 2016. This follows significant progress the bank made in 2016, in spite of the strong headwinds experienced in the year under review.

Some of the strategic actions taken by the bank to turn business around, following two years of slow growth, included operating income, which increased by 17 percent to GH¢621 million, from GH¢531 million recorded in December 2016.

Standard Chartered Bank Ghana Limited, furthermore, operating expenses decreased by 15 percent to GH¢194 million, compared to the prior year of GH¢227 million, a result of continuous cost efficiency measures implemented throughout the year.

It is based on these significant growths that the bank declared the GH¢1.12 dividend on the ordinary shares, news that was unanimously welcomed by the shareholders of Standard Chartered Bank Ghana at this year’s Annual General Meeting (AGM), where the annual report and financial statements for the year ending December 31, 2016, was read to them.

Kweku Nimfah-Essuman, Chief Financial Officer, Standard Chartered Bank Ghana Limited, providing context to the performance, said: “The bank committed to a set of actions at the end of 2015, designed to stabilise its financial performance.

“As a result of disciplined execution in 2016, we delivered income stability, lower cost and a higher quality balance sheet in an uncertain economic environment.”

Commenting on the 2016 results, Ishmael Yamson, Board Chairman, said the 2016 results showed that the bank had made great strides in the execution of its strategy of putting the business back on a growth route, in line with trends its shareholders are used to. 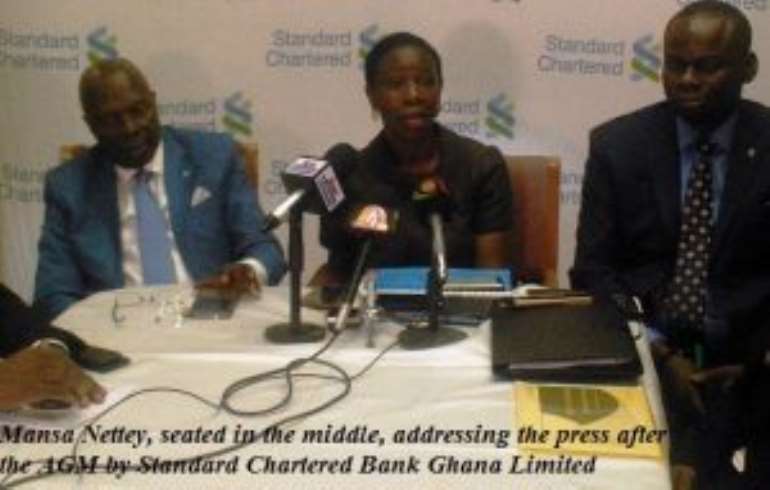 The Chief Executive of the Bank, Mansa Nettey, on her part, said their focus remained on maintaining a robust balance sheet to support opportunistic asset growth.

In 2017, for example, she said, the bank would roll out additional innovations in technology and efficiently engage its clients across digital channels.

“We will continue to invest in our staff, and put clients at the heart of everything we do, thereby, creating memorable experiences for both clients and stakeholders,” she noted.

In 2016, the bank made significant investments in digital technology, rolling out the new Standard Chartered Mobile Application, and revamping its online banking platform, making transactions on both platforms seamless.