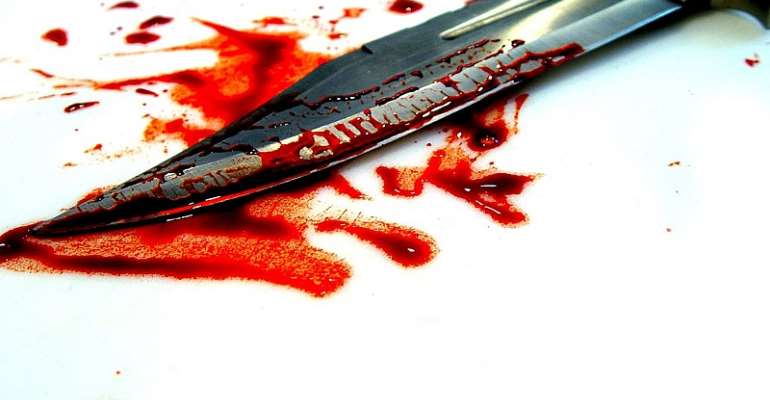 DAILY GUIDE has gathered that the residents of Sefwi Asiam in the Sefwi Wiawso municipality of the Western Region were dumbfounded when news broke that a 17-year-old junior high school (JHS) girl in the area had allegedly stabbed her uncle to death over her amorous relationship with a guy in the farming community.

According to sources, the girl, Elizabeth Opare popularly called Awura Akua, allegedly carried out the barbaric act when she was purportedly provoked by the uncle, Opanyin Nana Yaw.

Elizabeth Opare was said to be angry with her uncle for trying to prevent her from dating her boyfriend who resides at Wassa Dwabo, also in the municipality.

Some of the residents alleged that the uncle fruitlessly tried stopping Awura Akua from continuing the secret sexual relationship with the boyfriend and so he decided to use a cane on the niece.

Reports gathered indicated that when the uncle tried caning the girl, she held his hand and overpowered him.

In the process, some of the residents around heard a loud shout for help from the uncle's room, attracting other neighbours who went to meet Nana Yaw in a pool of blood while the internal organs had gushed out.

The neighbours immediately suspected that Awura Akua had stabbed the uncle.

The girl was reported to have indicated that she stabbed her uncle because he had been a stumbling block to her love life.

She was immediately arrested and handed over to the Sefwi Bekwai District police for investigations while the body of the uncle had been deposited at the Bekwai hospital.