Lynched To Death, Are We Safe? 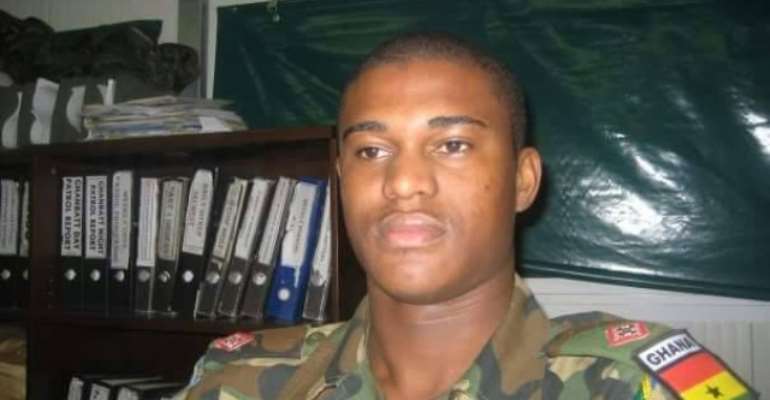 Waking up to the sad news of the lynching to death of Captain Maxwell Mahama an innocent service personel suspected to be a criminal has left me with so many quetions than answers. Lynching is a Crime so what will make a mob lynch another human being to death, is it

1. the animal instint in them?
2. lack of feeling for another human being?
3. lack of trust in the security service?
4. leadership by example? or
5. Lack of circumspection by our media.
Recently the sense of lack of patriotism has been a topic that is being ignored and the sermon of hatred is being preached for reasons best know to selfish and greedy beings.

Politics plays an integral role in nation building and who ever relegates it does so at his own risk.

Build up to the general elctions there were reports of political parties mobilizing and recruiting their own security force to protect them and their ballot boxes and the question one could ask himself was have they lost trust in the national security service?

We all looked on and used our months to condemn it that it was illegal BUT the proper authorities refused to act for reasons best known to themselves.

When the right institutions refuses to act the people will obviously take the law into their hands.

We have had cases of criminals being freed by the security service after a mob arrested and turned in a criminal caught in the act.

We've also had servicemen shooting and killing innocent people suspected to be criminals instead of arresting them.

Now back to the politicians, during President Mahama's era there was a case of some party members popularly known as Motie 3 who threatened to rape and kill some Judges on live radio and when they were arrested and prosecuted by a court of competent jurisdiction ie The Supreme Court we had party members signing and petitioning the president which eventually lead to the freeing of their comrades with his executive powers.

Fast foward to President Nana Addo's era and we have a group calling itself delta forces throwing out a top security personel who was appointed by the president and instead of it being condemned we rather heard top party members defending this disrespectful act then when they were arrested and placed before court we had some party machomen going into the courtroom to free their comrades.

After this shameful act I heard the Ashanti regional party chairman struggling to defend this indefensible act on radio.

You see when you sow such lawlessness over a period of time you will only reap that lawlessness so I wasn't surprised when I heard that some people had gone to destroy and burn down that party regional chairman's mining properties.

Repeated Unpunished sin begins to look good in the eyes of the sinner and it will take self realization to refix that sinful nature.

Three days ago we heard that a mob at Somanya went to destroy the properties of ECG, a gpvernment agency just because there were complaints of high cost of electricity charges. Yesterday some people were arrested in connection with that illegal act and handed over to the police yet again the people went there, beat up the police destroyed their properties and freed their collegues.

There are numerous examples which I wouldnt bore you with but in conclusion would like to touch on the MEDIA and their Reportage.

The MEDIA plays a very vital role in the developement of the nation and it can either make or break us in fact Rwanda went to war because of MEDIA reportage therefore we need to continue training and cautioning our MEDIA to be professional in their line of duty.

Let the media do away with sensationalism when it comes to sensitive issues and make sure the right authorities are furnished and left to deal with such issues. Just a couple of days ago the media lead the citizens in a demonstration to protest against corruptions, yes we will commend them for it BUT they should leave it to the appropriate authorities to deal with it like they have done. It will only take the law courts to determine who is guilty of an offence therefore the name calling and citizens arrest being preached should be done with great circumspection in order not to spark a fire we cannot quench.

Lets all learn to play our individual roles.
R.I.P Capt.