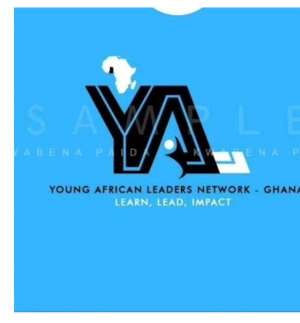 Young Africa Leaders Network has a weekly discussion platform where the youth discuss various topics in the society that promote awareness and change in the society. The week YALN discussed on the topic “Understanding Gender Equality" today. The resource person was Jerold Arthur

To get a vivid picture of what Gender Equality, we need to visit some key terms that are relevant to the concept

Personally, what do you think gender is?
Member 1 answered; I think gender is the classification of human into male or female as well as the roles they play in society

Member 2; I think is the classification of human species into male or female

Member 3; I think that is sex, reacting to the answer by member 2

Resources Person: Gender is a socially constructed definition of women and men. Gender is determined by the conception of tasks functions and roles attributed to men and women.

It is worth noting that Gender in not the same as Sex.

The difference is that Sex is a biologically constructed definition. Thus, one’s sex depends on their biological makeup, chromosomes, hormonal profiles, internal and external organs etc. Whilst sex classifies us into male and female. Gender classifies us into *masculine and feminine

Gender is the characteristics that a society or culture delineates as masculine or feminine. In Ghana, we have sharply allocated femininity to women and masculinity to men and anyone who tries to cross this sharp rule is abhorred. E.g: we see being in the kitchen as a feminine role and therefore should a man goes to the kitchen to cook for even his child is given names like 'Kojo basia' etc

Meanwhile, it is not so in other social constructions. It can, therefore, be concluded that whilst gender differs in every cultural or social setting, sex, on the other hand, is the same in every setting.

With this foundation what then do we mean by the term as Gender Equality?

Gender equality seeks to give equal opportunities to both masculine and feminine sides of gender.

Note: that there is a sharp difference between Equality and Equity.

Whilst Equality is treating everyone the same; Equity is giving everyone what they need to be successful.

Therefore gender equality is simply treating both masculine and feminine side of gender equal.

This is a very good cause but most people disagree with it. I won't blame them because even the UN has turned gender equality into gender equity

Gender equity is where one side of gender is empowered more than the other in order to promote gender equilibrium. It is also very necessary but not in every social setting since gender varies from society to society.

Gender equality seeks to give equal opportunities to both masculine and feminine sides of gender.

Therefore, whilst gender equality seeks to provide a levelled playing field for both sides of gender, gender equity places one side in an advantageous position over the other; mostly to close a gap or correct some wrong.

In most instances, gender biases are levelled against the feminine side. And in these cases, society has allocated this side of gender to women. It is, therefore, obvious that most gender biases are against women. And this has necessitated calls and movements for women empowerment which is confusingly termed women equality.

The masculine side of gender is also allocated to men in most societies and this has also led to some level of biases. For instance, if a woman is pregnant, the man has no say in whether to keep the child or for both parties to consider an abortion. Also, roles related mainly to gender and children are automatically given to women.

An affirmative action is a tool used to champion gender equity. They are set of rules, principles and actions intended to end and correct the effects of a specific form of discrimination. They include government-mandated, government-sanctioned, and voluntary private programs that tend to focus on access to education and employment, specifically granting special consideration to previously excluded groups such as women or racial group

Hence, policies, programs and activities that seem to promote and empower women or girls are affirmative actions that are geared towards gender equity and not gender equality

In societies in Ghana, most have argued that gender equality already exists. But that is not the case since we keep assigning feminine roles to women and masculine roles to men. And thus does not provide an equal playing role. That is why affirmative actions like access to education and girl’s child scholarships are still important.

To conclude, 'achieving gender equality requires the engagement of women and men, girls and boys. It is everyone's responsibility' -Ban Ki Moon. It is necessary that we join forces to create an equally enabling environment for both sides of gender in order to promote social development. Thank you.

Note Gender equality is not a competition with men

Gender equality is not daughter not respecting her father

Gender equality is not disrespecting your male boss

YOU CAN JOIN THE PLATFORM BY CONTACTING THE PRESIDENT